While the Guggenheim chain is rusting, somewhat, the Centre Pompidou is consolidating its prestige in Malaga, Brussels and Shanghai. Its president, Serge Lasvignes, is driving this frenetic expansion through his personal vision. 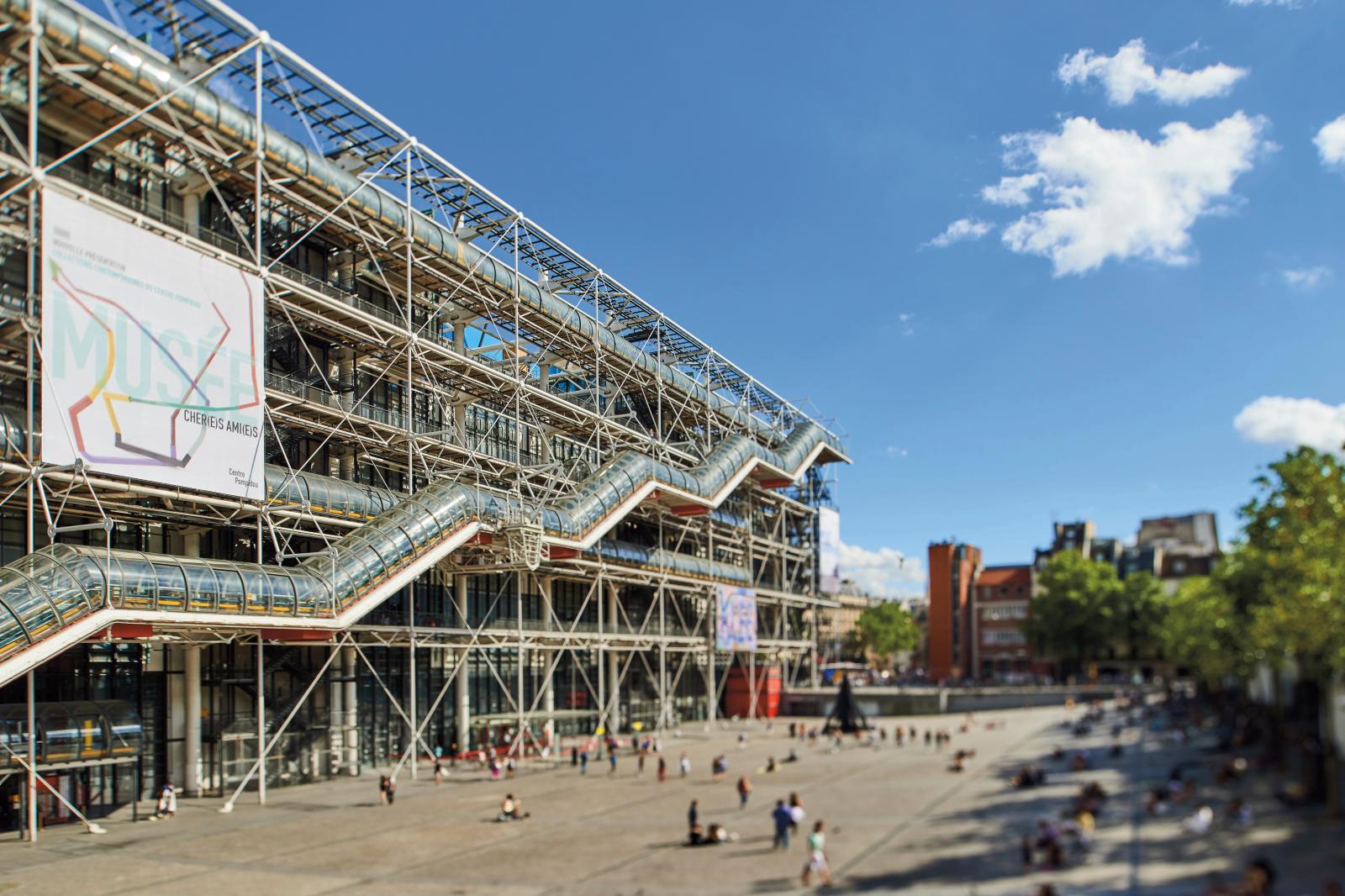 Museums often pale into insignificance alongside the Gagosian Galleries in New York, Paris, London, Geneva, Athens, Rome and Hong Kong, and the American offshoots of fairs like Art Basel Miami and Frieze New York. One of the few institutions to venture into globalisation is the Centre Pompidou. Since an initial stunning coup in 2015, when Alain Seban, its then president, set up a temporary branch in Malaga, the movement has been gaining momentum over the past few weeks under his successor, Serge Lasvignes. In mid-December he signed a partnership with Brussels, and in early January France's President confirmed the museum's entry into Shanghai in 2019. Are we seeing a forced march under pressure from the internationalisation of contemporary art and its market? "It makes no sense to shut ourselves up in a bastion on our native soil, believing that the power of our works alone can make our future secure," thunders the museum's director, who is now promoting "dissemination beyond our borders, where we have the advantage of considerable freedom and a modern image that is both relaxed and transgressive."

Outposts Versus Partnerships
Some will say that the export of the Pompidou brand was a foregone conclusion, and that Serge Lasvignes inherited a political decision already ratified before he took over. But the current boss is certainly putting his own stamp on the proceedings. Where Alain Seban gambled on a single, endlessly reproducible model, Serge Lasvignes is not aiming to scatter branches all over the world. "These aren't outposts; they are real partnerships," he says. Inaugurated in the spring of 2015 by the previous president, the Malaga Centre Pompidou benefited from the mayor's desire to establish his city as a top-ranking cultural destination in Europe. The French museum's arrival in the port prepared the way for St Petersburg's State Russian Museum a few weeks later, and then the Fine Arts Museum, which reopened in 2016 after being closed for seven years. In fact, Pompidou Malaga is an international transposition of the temporary "Pop-Up" Pompidou, which travelled the roads of France between 2011 and 2013. Its sole but unacceptable drawback was the cost to its local host authorities. This problem seems to be continuing in the Andalusian capital, which devotes a budget of €7 million to it, divided between the French institution, which covers two thirds (including the annual fee of €2 million), and the State Russian and Picasso museums, which share the remaining third. Meanwhile, visitor numbers are inversely proportional: the Picasso Museum attracts an average of 400,000 visitors each year; the Centre Pompidou has levelled out at 499,000 people over two and a half years. At the opening in November of the last semi-permanent presentation of the collections before the contract with the Spanish city ends in 2020, Serge Lasvignes summed up the situation: "As from 2020, the idea is to maintain our assistance, but in a different and probably lighter form. This first try-out was a testing ground for what we could do and propose." So the idea was out there: the museum would now be playing the "bespoke" card.

A Role as Mediator
While in Malaga, the Centre Pompidou was intended to increase the appeal of a territory through its thoroughly modern image, in Brussels it is acting as an intermediary in a world rife with local political dissension. After several failures, the Belgian capital intends to draw on the museum's collections and expertise to found a contemporary art museum in a former Citroën garage. "Here, we have the role of facilitator and catalyst, which should make it possible to defuse the situation between local institutions that aren't talking to each other," says Serge Lasvignes. For €20.5 million, the Brussels-Capital region purchased the former production factory for the DS and other cars to set up the federal collections, relegated to the basement since the opening of the "Fin de siècle" Museum in 2013. But it did not take into account the government's nervousness at housing its collection in a garage. With no art works, but an extraordinary industrial space of 37,000 m2, the region sees the Centre Pompidou as a springboard for launching a multidisciplinary arts centre. So for ten years, Paris will loan its collections, create exhibitions and act as a consultant for acquiring permanent collections for the future museum. Unlike Malaga, it will not be as much in the spotlight as the Kanal Foundation, which is to manage the premises. "We want to inject energy into the construction of Europe, where the cultural approach is crucial," says Serge Lasvignes. Behind the political message, the avowed aim is to create further echoes elsewhere on the continent, establish the Centre Pompidou as a European brand, and move into other territories.

Reaching Out to the Chinese Middle Classes
Likewise, a different but still strategic dynamic is reflected in the five-year partnership signed in July with the public company West Bund Group, which is to open a Centre Pompidou Shanghai in an 25,000 m² area in 2019. "In Shanghai, what they are interested in is not only the power of our collection, but also our expertise in presenting it, mounting exhibitions, creating educational workshops and so on," says Serge Lasvignes. "This means we can play a key role in a country where the numerous museums opening each year are still "pioneers", and where audiences are not yet truly established." The Centre's target is precisely this rapidly expanding middle-class. It hopes to build up an identity in the country, and one day reverse the trend whereby foreigners make up only 40% of visitor numbers in Paris museums. The other aim of a foothold in Asia is getting to know – and thus acquiring – the emerging local scene through contacts established on site. And the same idea is causing the president to eye up the African continent, where he predicts future partnerships with companies. With every new project, the museum receives hard cash –  €2 million a year per project – which enables it to draw up a provisional fixed revenue budget over several years, thus compensating for reduced public subsidies. But Serge Lasvignes is pushing the model far beyond immediate profitability. These establishments are not just lucrative, diplomatic branches: they are seeds planted in the hope that special collaborative relationships will grow and take root with local players in the long-term. Let's hope it will not be hoist by its own petard in establishing fertile conditions for future competitors…

The Automobile: A Sacrificed Heritage
Not to be missed
Analyses