A totally forgotten photographer of the Roaring Twenties is back in the spotlight thanks to a show at the Centre Pompidou and the meticulous work of historian Michel Frizot. The exhibition also shines fresh light on the role of photography at that time. 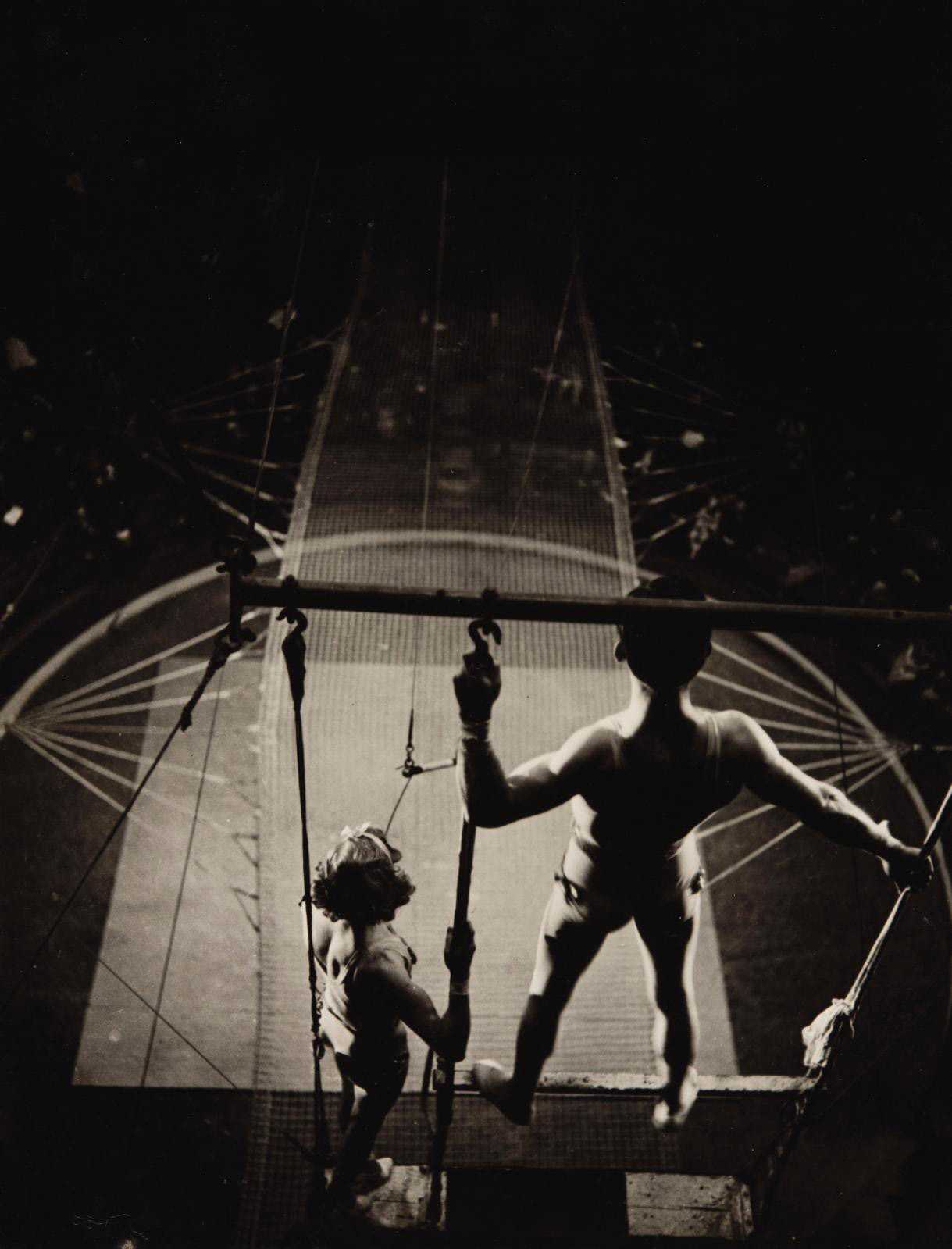 Gaston Paris (1903-1964) produced several thousand images in the French press between the wars, but has hitherto been overshadowed by his contemporaries André Kertész, Roger Parry and Germaine Krull. We owe the rediscovery of this photographer to Michel Frizot, historian of the medium and co-curator of an exhibition at the Centre Pompidou devised with Florian Ebner (Curator of the Photography Department), which also sheds light on the hidden side of his own work. A happy coincidence led this pioneer in the history of photography in France—the first to hold a chair dedicated to the discipline at the École du Louvre—to take an interest in Gaston Paris. It all began in the 1990s with a box containing some unsigned 1930s prints bought at an exhibition: "I'm not a collector in the sense that I'm not looking for something specific, but I've always based my knowledge as a historian on collecting things, and have done so since the 1970s," says Frizot, who initiated the 1977 exhibition on Étienne-Jules Marey (1830-1904) at the Centre Pompidou. But with Gaston Paris, nothing was premeditated. Everything here hinged on finds in flea markets and auctions over three decades. "I bought these prints, and later some contact sheets listed by theme, glued to large cards, without knowing that it involved the same photographer. The presence of a stamp later enabled me to identify Gaston Paris." Frizot became certain of this only three years ago, when he discovered that the Roger-Viollet Agency had acquired some 15,000 of the photographer's negatives in 1964 (the year he died) and some more in 1983. Before that, in 2006, he had picked up his trace while researching the magazine Vu for a hang at the Maison Européenne de la Photographie.

Frizot had no inkling that he would embark on an in-depth study and reconstruction of Gaston Paris' career. His attitude changed four years ago, when he showed the famous box and contact sheets to Florian Ebner: "I was really surprised that he was interested. But in fact, there were already some Gaston Paris photos in the museum's collection, because of the Christian Bouqueret collection it acquired in 2011." And so the idea for the exhibition was hatched. How does a historian proceed in such a singular case? "We had very few prints... But we had the press of the time. Then began the long and laborious task of analyzing Vu, whose 700 issues—some 20,000 pages—were digitized by the Nicéphore-Niépce Museum in Chalon-sur-Saône, making things a great deal easier. This magazine, published from 1928 to 1940, was a precursor in the use of photography, highlighting it in a particularly creative way through daring photomontages. Extending his investigations to publications of the 1930s and 1940s (mainly magazines from his donation to the Kandinsky Library at the Centre Pompidou), the historian discovered that Paris started out with La Rampe in 1932, and found his name in various titles like Art et Médecine, Match and La Semaine. "I counted over 1,300 photos by Gaston Paris in Vu and 2,400 in all the magazines I've found so far for the period 1931-1947. As well as identifying a talented photographer with a style clearly influenced by Surrealism, the study brings to light the productive relationship between institutions and collectors. They were "more accomplices than competitors", as the museum director Xavier Rey writes in the catalogue introduction, even speaking of "emulation between historians, art dealers" and the latter. Meanwhile, Florian Ebner believes this collection helps us take a fresh look at the period. "Visual culture was as much a part of those years as the love of spectacle and images." From a purely photographic angle, this exploration of the press of that time sheds light on the work of illustrative photographers or "old-style reporters", i.e. the generation before Magnum, which later attracted a following. "In the last 30 years, we have moved over to a specific artistic vision of photography, including for news reporting, which does not reflect the practical reality and conception of the time. Illustrative photographers had no particular orientation: they were required to cover any subject specified by the editorial staff and were capable of doing everything. Gaston Paris is a speaking example—a textbook case," says Frizot.

What made Gaston Paris stand out from many of his contemporary colleagues, especially those working for agencies like Keystone, was that he had what is called an 'eye'. In combination with the fertile creativity of periodical artistic directors, who put an unprecedented spotlight on photographs, his work hit the mark. This is the take, here: highlighting the way in which the press used visuals, with exhibits that include original prints from the 1930s, late 1970s prints from the Roger-Viollet agency, contact sheets and magazines. Everything is presented in an informative circuit that reconstructs the stages in the life of a photograph from production to distribution, and shows its transformation for publication in the press, notably through cropping. Examples include the kaleidoscopic portrait of poster artist Cassandre in La Rampe, a double-page spread of Vu created from an undetectable montage of two views of elephants, and a page on the circus, with portraits of children looking on in amazement, arranged around the central image of the ring, as though they were in front of the show. However, the creative use of photography by the press alone does not account for the excellence of Gaston Paris' photography. It was the quality of his eye that first attracted the attention of Frizot, who describes him as a virtuoso of the Rolleiflex: "He exploited the full potential of this camera, which had no ocular viewfinder, unlike the Leica, and was carried more at the level of the abdomen. Thanks to this, he made full use of the vocabulary of the 1930s avant-garde, positioning it at height or close to the ground to obtain high- and low-angle shots. Vu certainly chose the right man: Gaston Paris was the only full-time staff photographer for three years (1933-1936), and worked with it until 1938. For this magazine, and many others to which he contributed from time to time, he covered a wide range of subjects: not only music-hall, funfairs, industry, cinema and architecture, but also social themes like poverty in the Paris suburbs. During the Occupation, he worked less and less. After the war, he probably continued to work for himself, collecting material for a book on Paris that never saw the light of day. Then he disappeared from view—until this exhibition at the Centre Pompidou and the one at the Roger-Viollet Gallery, presenting 80 modern prints. Justice has been done.