An open-air art fair dedicated to Non-Western arts, which has become a major event since its creation in 2002, Parcours des Mondes is celebrating its 20th anniversary, and is as eagerly awaited as ever by art lovers seeking gems unearthed by galleries. 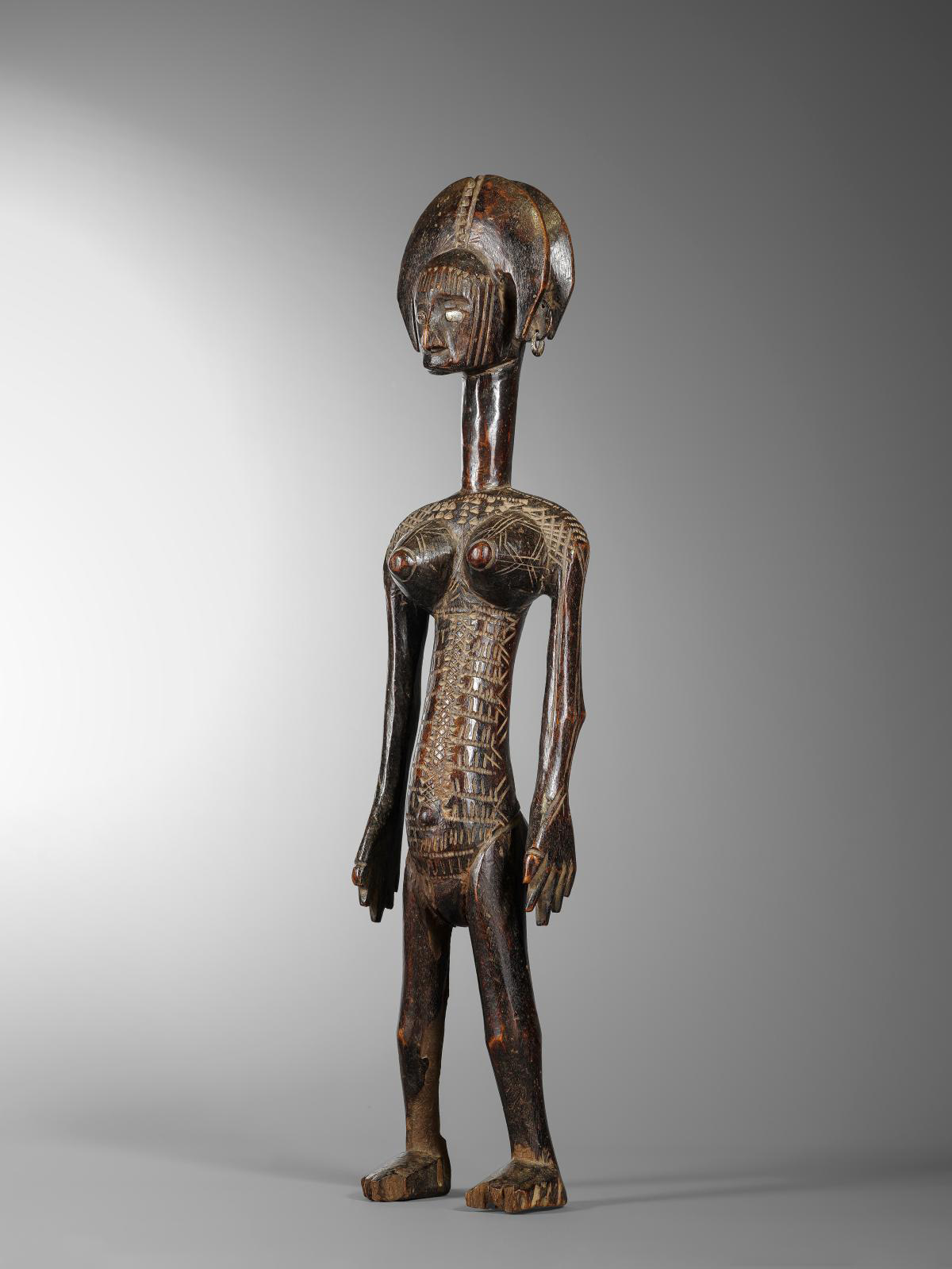 Despite the Delta variant, a celebration is definitely on the agenda for the 20th anniversary of Parcours des Mondes! The stakes are high. As general manager Pierre Moos tells us: "Some galleries make 75% of their annual turnover in one week." The dealers have established the reputation of this event—which makes Paris the capital of traditional Non-Western art—through their demanding selection criteria. There won't be the 60-odd galleries normally present at the fair: like last year, the selection is more restricted in terms of participant numbers, down to 42 this September.

But despite problems with international circulation, this edition marks the joyous return to the streets of the Saint-Germain-des-Prés neighborhood of the Americans Michael Hamson Oceanic Art and Dimondstein Tribal Arts, and Wayne Heathcote from London, who join long-standing regulars (since 2002) like Alain de Monbrison, Bernard Dulon, Anthony JP Meyer, Alain Lecomte, Voyageurs & Curieux (also celebrating its 20th anniversary), Ratton-Hourdé and Julien Flak. However, the organizers' desire to open up the fair to Asian art in 2015 and to archaeology in 2018 will be somewhat frustrated this year. Only Christophe Hioco is representing Asian art (with a set of friezes and architectural reliefs from Gandhara illustrating scenes from the life of the historical Buddha, most appearing for the first time), and archaeology is only embodied by Antonia Eberwein with a striking bronze sculpture of Thoth in Ibis form from the Late Period (664-332 BCE), and by Areas LTD with a sarcophagus panel from the Saite period (664-525 BCE) inscribed with the name of Horudja. (Some of his funerary servants are now in the Musée des Beaux-Arts in Lyon). As the only representative of Aboriginal art, Stéphane Jacob looks back on 50 years of contemporary Aboriginal painting, which began in 1971 in the community of Papunya (250 km north of Alice Springs) under the impetus of Geoffrey Bardon. He is presenting works by one of the leading artists of this period, Ronnie Tjampitjinpa (around €10,000), and a set of paintings on bark from Arnhem Land (between €2,000 and €4,000): a theme that can be explored in greater depth in the "Gularri" exhibition at the Quai Branly Museum.

For All Budgets
There is a wide price range, from a few hundred euros "for some enchanting little masks from the Abelam people (Papua New Guinea), to €65,000 for this large dance effigy from the Lower Sepik region," says Martin Doustar. With Patrik Fröhlich, pieces go "from €12,000 for a large double-headed pulley from the Baoule people of the Ivory Coast—which Helena Rubinstein bought from the Percier Gallery in Paris in 1933—to €450,000 for a Galoa mask from Gabon, the most impressive known to date from this group's corpus of masks. A photograph of it taken in situ by Father Henri Trilles in 1895 is now in the Musée d'Ethnographie in Neuchâtel and has often been published in specialized works on the art of Gabon," he says.

Also worth noting: a Bijogo "Vaca Bruto" mask, worn during boys' initiation ceremonies (€5,500) with Olivier Larroque, and a Mangan mask from Lower Sepik, Papua New Guinea (€99,000), with Michel Thieme. Meanwhile, Davide Manfredi tells us that several less sought-after sectors are reasonably priced, like Himalayan and Indonesian art: his specialty since 1975. His two main pieces are a figure of an "Adu Zatua" ancestor from the island of Nias (rediscovered some 20 years ago) and a hybrid sculpture featuring a turtle, symbolizing the world, surmounted by the creator Naga. With over 17,000 islands fostering crossover influences from Buddhism, Hinduism, Islam and animism (though some have also preserved an art form free from any influences), the transcontinental country of Indonesia is a highly rich and complex territory.

Treasures and Pedigrees
Many galleries are focusing on rarity and discovery. Serge Schoffel is concentrating this year on the Timoto-Cuica culture, which flourished in the region corresponding to the current province of Trujillo, Venezuela, between c. 850 and 1100. As he says, "It has left us few works of art, but they include mysterious and fascinating figures, with heads elongated on both sides and bodies completely covered with complex ritual paintings. Although most consist of standing figures, some are seated, sometimes holding a cup in their hands. We are presenting 12 pieces that have been patiently collected over many years." They also featured in TEFAF and the 2013 Barbier-Mueller sale at Sotheby's: "I was the only bidder and I battled against the seller's reserve, which was set pretty high." The two pieces from the Barbier-Mueller collection will be on offer at €45,000 and €38,000 respectively.

David Serra will also be honoring the exceptional with a sculpture from Mali once belonging to the avant-garde poet Tristan Tzara, which a carbon 14 test has dated to the 16th century. Julien Flak goes back still further—2,500 years—with a dozen ivory sculptures, recently extracted from the permafrost, made by archaic North American Eskimo cultures. They bear a disturbing resemblance to the faces left by Brancusi and Giacometti, and works from the Cyclades. This illustrates an interest in aesthetic forms that highlight links between periods, and also reflects an eclectic taste increasingly expressed by collectors. Hence the focus on the crossover aspect found with Charles-Westley Hourdé, who creates a dialogue between a historical work by Mali artist Abdoulaye Konaté, Hommage aux chasseurs du Mandé (Tribute to the Hunters of Mande), which received the Grand Prix Léopold Sédar Senghor at the Dakar Biennial in 1996, and traditional Bambara sculptures from the former country of Mande. All these can be seen as from September 7.

Worth Knowing
This year, the organizers have chosen as honorary president a "new" collector, Guy Delcourt, founder of the eponymous publishing company. He took the plunge just five years ago, "thanks to a water leak!" The incident led him to meet his neighbor, Alain Person, a specialist in prehistoric and archaeological sites in Africa. His first object was a Konso pole from Ethiopia, which he bought during a Parcours des Mondes. His strategy is to buy few pieces, but major ones.