Entitled "L'Esprit créateur", this auction based on "The Creative Spirit" was held in two parts because of the circumstances: one live, the other as a private sale. The sale was well named, offering works from the Dutch and French schools and the Italian Renaissance. 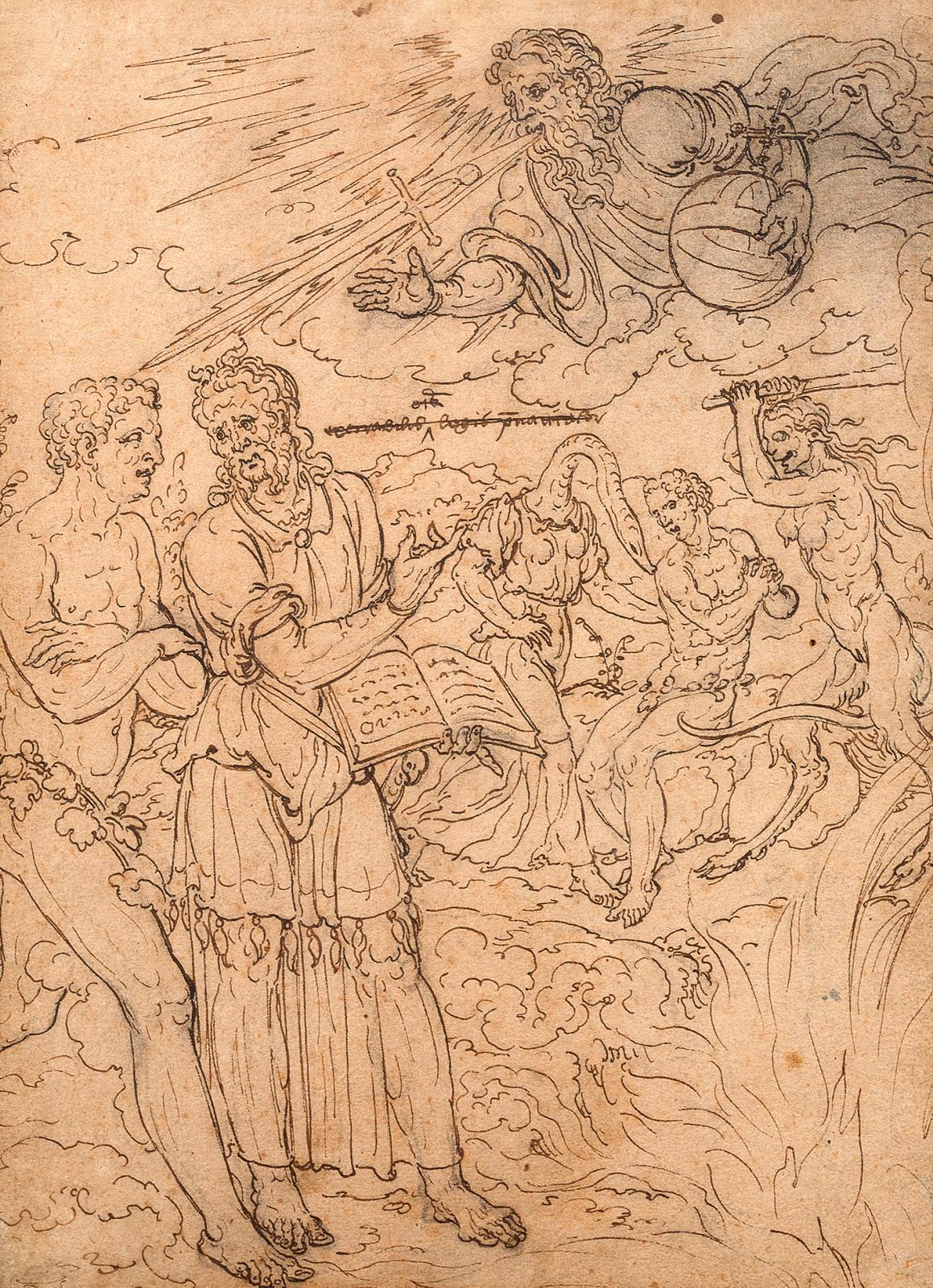 The top scorer was Dirk Crabeth with a pair of pen and brown ink drawings, which soared up to €106,860 with their vibrantly expressive illustration of two religious subjects, The Story of Adam and Eve and The Last Judgement. He was followed by his compatriot Willem Van de Velde the Elder, whose Ships on a Stormy Sea dated from around 1650 (13.5 x 19 cm, 5.3 x 7.4 in). The painter, famous for this type of picture, was appointed the official artist to the Dutch Navy. This drawing bearing his initials landed €22,529. Next, let's go to Renaissance Italy with a brown and black ink pen drawing of a Historical military scene (28.5 x 35 cm, 11.2 x 13.7 in), attributed to Giulio Clovio. Everything in this highly detailed work evokes the miniaturist talents of the master, who was probably of Croatian origins (€19,747). Meanwhile, the many works illustrating the French school included an outstanding Study of a Nude from Behind (18 x 13 cm, 7 x 5.1 in) in graphite signed with Eugène Delacroix's initials. It was probably based on a photograph: a process that began to fascinate the Romantic painter in the 1850s. At any rate, its innovative composition charmed a buyer into parting with €12,597.
Meanwhile, the private sale of Tuesday, 24 March saw the triumph of two birds captured in pencil and black chalk by Jean-Baptiste Oudry, in two drawings (30 x 32.9 cm, 11.8 x12.9 in, each). They were sold together for €52,000. As for Antoine Coypel's composition Étude pour une allégorie à la gloire de Louis XI, which made the cover of Gazette No. 11, sold online March 27, however for the time being the provider does not wish to disclose the result.

The Paris night, relished to the full by one of the most promising...

A Precursor Deposition by Jacob Jordaens