After 10 years as head of the Custodia Foundation, Ger Luijten’s enthusiasm remains undimmed. We asked him about his acquisitions. 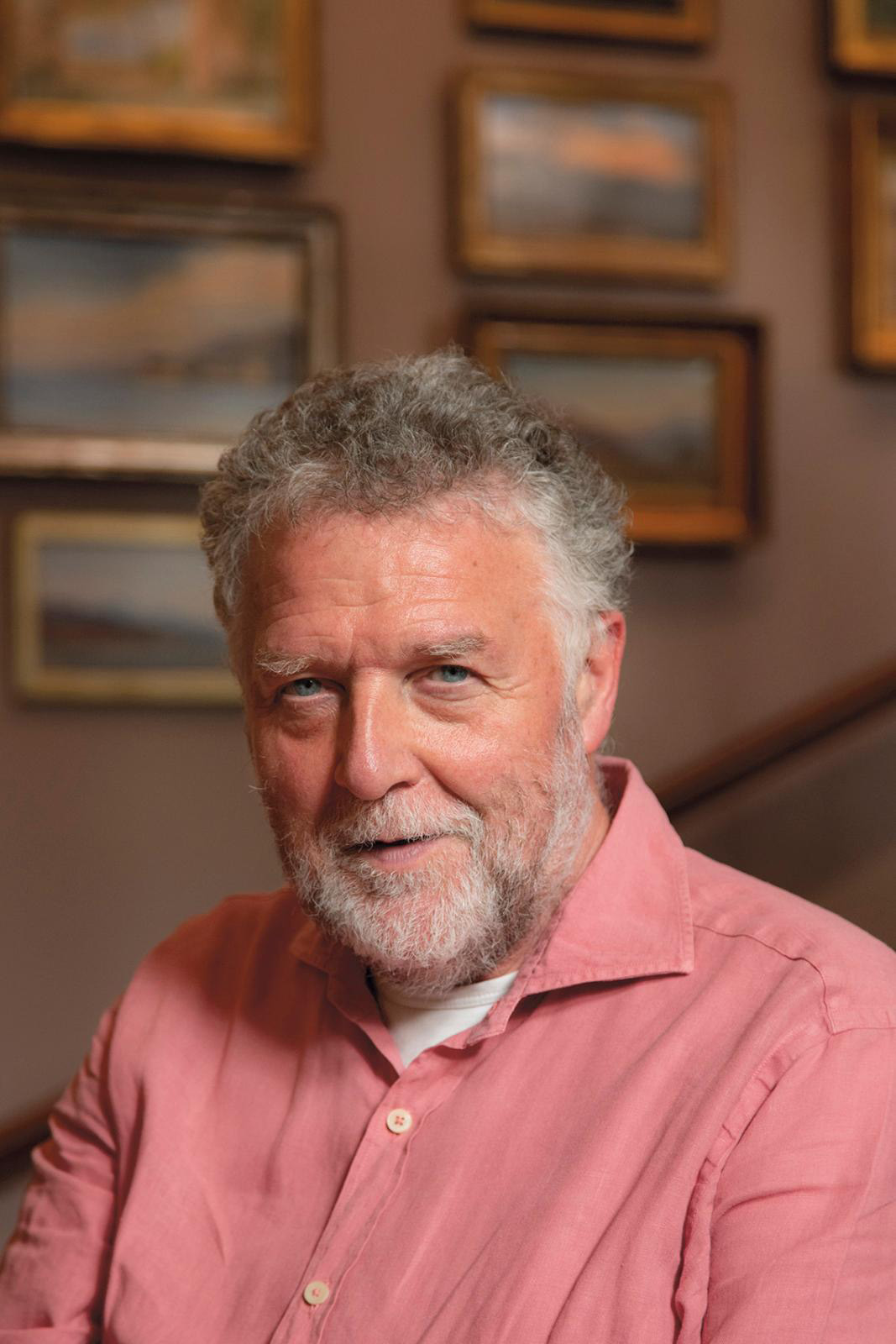 Frits Lugt built his collection like an edifice, black stone after white chalk, red chalk after charcoal, to ensure its coherence and stability. With patience, awareness, expertise and passion, he put together one of the world’s finest private collections of drawings. His other ideals were sharing and enthusiasm. In 1947 he and his wife created the Custodia Foundation in Paris. Ger Luijten has been the director since 2010, opening up this immense heritage to other art forms.

Dutch 16th and 17th-century drawings are the foundation’s cornerstone. Do you still manage to find beautiful old drawings?
Valuable 17th-century Dutch drawings—by that I mean works on paper that bring real added value to the collection—are rare, very expensive and eat up our budget. We can only buy two or three a year. Sometimes we do, such as in 2012, when we acquired Samuel Van Hoogstraten’s magnificent Self-portrait at a Window, which he drew when apprenticing with Rembrandt. But mostly I prefer works from other schools, often paintings and drawings, because, as Lugt said, a drawing is the straightest line to an artist’s mind. This intimacy can be felt here. I’m always surprised and delighted at how much time people spend looking at the works here. They can get close up to them, which is often impossible in other places.

Why didn’t Lugt buy 19th-century works?
Lugt was a man of the 19th century. He wasn’t interested in his period; he tracked down works from past centuries. It started with a brown ink drawing by Stefano da Verona. When he bought a Degas, it was because it was based on an Uccello. A 19th-century painter’s view of Renaissance art is what held his interest. He could have bought anything, but that wasn’t his approach. And he was right. European Old Masters abounded in the market art until the 1960s. Creating this collection today would be absolutely unimaginable, if only because it would be unaffordable.

How has the collection changed since his death?
In 1962 Lugt chose Carlos Van Hasselt, then a young art historian at Cambridge, as his successor. They worked together for eight years before Lugt died. Carlos was the director for 24 years. He expanded the Indian miniatures section. It’s worth remembering that Rembrandt collected Indian miniatures and made around 25 copies of them. Incidentally, Lugt owned one based on a portrait of Mughal emperor Shah Jahan. His mentor was Sven Gahlin, a Swedish collector and dealer art based in London. Next came Danish drawings, thanks to his friendship with Erik Fischer, who told him which were the best ones to buy. That’s how the collection took shape. Today there are over 400 Danish drawings, more than in any other collection outside Denmark. Each director made his or her contribution. Mària Van Berge-Gerbaud focused her choices on 19th-century France. She bought Portrait en miniature de Julie Forestier (Miniature portrait of Julie Forestier), a token of love from Ingres to his fiancée, in 2004 and a magnificent, atmospheric Léon Bonvin, La Plaine de Vaugirard, (The Vaugirard Plain) which heralded Seurat, in 2008.

What’s your contribution?
Since arriving in June 2010, I’ve tried to put myself in Lugt’s shoes to imagine how he would have reacted to a work and how it could fit in with the collection. My first acquisition was a painting by the 17th-century artist François Langlois. It sums up many things. It’s a dialog with art. Langlois depicted himself as an art dealer surrounded by prints and bagpipes. There have been many more purchases since then.

“As Lugt said, a drawing is the straightest line to an artist’s mind.”

You’re very active in the market. What are your latest finds?
We have subscriptions to all the auction catalogs. Lugt had already inventoried his; the first one dates from 1599. He recorded the place, date, buyer’s name and price. It’s a bottomless well of information. We are obviously assiduous readers of La Gazette Drouot, and I have excellent contacts with dealers, as well as buyers, who keep their eyes peeled for me in Copenhagen, Rome, London, Berlin and Paris. I go to the major international fairs. There was a Constable painting at Richard Green’s Tefaf stand that had dropped out of sight in the 19th century. It resurfaced at Sotheby's London, where Green bought it. He requested a considerable price, much too high for us, but didn’t manage to sell it. I bargained with him and eventually purchased the painting. It’s my costliest acquisition. In November 2020 I bought five studies of animals by an anonymous Flemish artist from the 1560s-1570s from a German dealer. In March I found a surprising oil on panel by Toulouse-Lautrec at the La Nouvelle Athènes gallery. It’s a dune landscape near Arcachon painted in his youth that casts a new light on his work. We also have generous donors. A Parisian psychiatrist is preparing to give us his collection because the Custodia Foundation is where he learned to look at art.

You’re also still expanding the department of artists’ letters.
Lugt started it in 1917 by buying Rembrandt’s last two letters still in private hands. They cost him a fortune! He liked autograph manuscripts that provide an inside glimpse into an artist’s work and owned correspondence by Rubens, Tiepolo, Veronese, Titian as well as others. Today around 60,000 letters are in the collection, which is steadily growing thanks to auctions. Last year I found an unpublished letter by Goya at Sotheby's Paris. The Aristophil sales are fantastic. I bought documents by Géricault and Degas there. Many others were donated by artists’ families.

What about the staircase, which has sort of become the foundation’s backbone?
Carlos Van Hasselt was interested in open-air sketches and collected a small group of them for his personal enjoyment. He bequeathed them to the foundation at his death in 2009. I inventoried them the month after arriving, and that’s how the collection of sketches on paper got started. I also thought paintings belong here and convinced the board of trustees to include them in the acquisition budget. I had the idea of using the staircase to hang the sketches. They speak to me. I see in them what the artist wants to express. The French school is the first one you come across on the landing. I made out my ideal list and it’s gradually getting shorter. I’m surprised at what can still be found and seeing how open-air drawing developed. My challenge is to build up a collection of reference in this area. Of course, I’m dreaming of an atypical Corot, one from his Roman period.

You’ve also expressed the desire to acquire furniture and d’objets d'art.
The Custodia Foundation is both a museum and a house. That’s why I’m also collecting 17th-century objects from Holland. In June 2018 I bought an ebony Flemish cabinet covered with painted scenes at Pierre Bergé & Associés. I’ve also bought chests, coins, a 17th-century Dutch chandelier, linear meters of old tiles for plinths and white Delft pottery, which is less famous but incredibly modern. In January 2019 I bought a collection of seashells at Drouot that echo 17th-century still life paintings. All of this gradually contributes to recreating a Dutch atmosphere in an 18th-century Parisian mansion.

Old Masters drawings, from Crabeth to Oudry
Not to be missed
Interviews