The former "MasterChef" juror, seen in the kitchen of the Palais de Tokyo during their Creation Dinners, has for two years managed her own restaurant, Pouliche, in the 10th arrondissement of Paris. 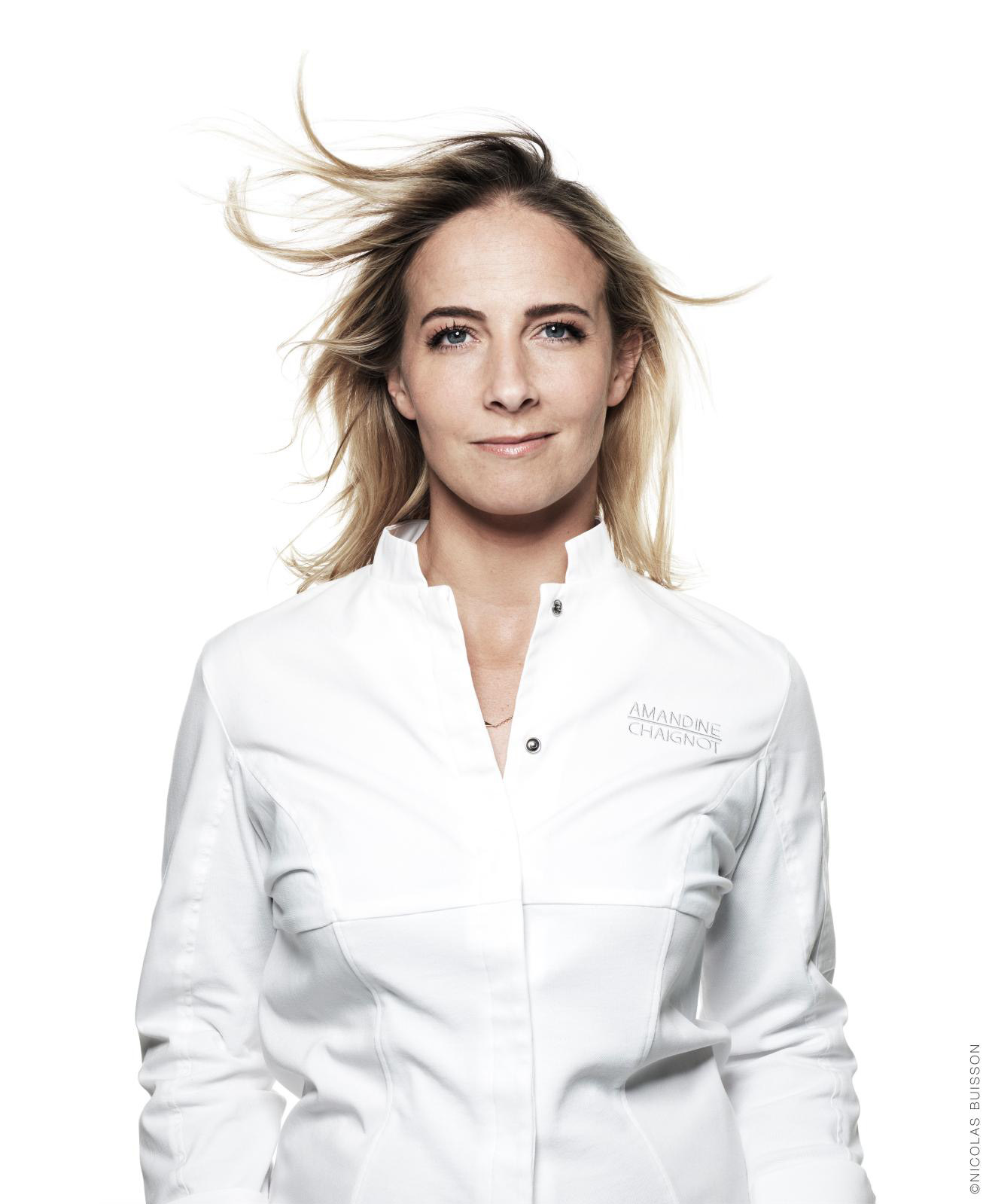 Are you more interested in paintings, objects or photos?
Objects! Danish design inspires all my personal decorating. I have two armchairs by Norman Cherner, and a desk by Kai Kristiansen that I bought four years ago of which I’m particularly fond.

What is your favorite cultural exhibit at the moment?
The “Paris romantique" ("Romantic Paris") exhibition at the Petit Palais.

A work which you would like to own?
Egon Schiele's Les quatre arbres (The Four Trees), a contemplative work whose changing colors remind me of the chestnut trees in Paris. Also the book Nagori: la nostalgie de la saison qui vient de nous quitter (Nagori: Nostalgia for the Season which Has just Left Us), by Ryoko Sekiguchi, which I nominated for the Rungis Gourmet Prize in 2019.

The artist whose work most touches you?
The musician Ben Mazué, a brilliant lyricist with a strong sense of humor, whose cover of Magnolias Forever I listen to a lot.

FIAC or Biennale Paris?
Neither, because I try to avoid crowds as much as possible.

Is there a common theme to your acquisitions?
No, I’m drawn to whatever resonates with me the most...

Design: The Return of Rattan
Newsfeed
See all news
We will be on vacation from July 23rd - August 23rd. Wishing you a great summer and see you in September!
Santiago Caltrava Renovates San Gennaro Church in Naples
50% Funding Cuts for Arts and Design Courses Approved by UK Government
Instagram’s New “Sensitive Content” Controls Cause Concern Amongst Artists
Not to be missed
6 Questions for
Florent Paumelle Represents a Second Generation of Gallery…
A champion of abstract art, Florent Paumelle has been running the…
6 Questions for
Lorenz Bäumer’s Collection is United by Words Unspok…
In his manifesto, the jewelry designer, who founded his house in…
6 Questions for
Master of Perfume, Serge Lutens Only Trusts His Sens…
Christian Dior’s former make-up director, who now lives in Marrakech,…
6 Questions for
Fashion Designer Vanessa Bruno Admires Sheila Hicks and…
The French fashion designer was chosen to take over the presidency…