Napoleon and Josephine’s flame has never gone out, as attested by these mementos of their reign. 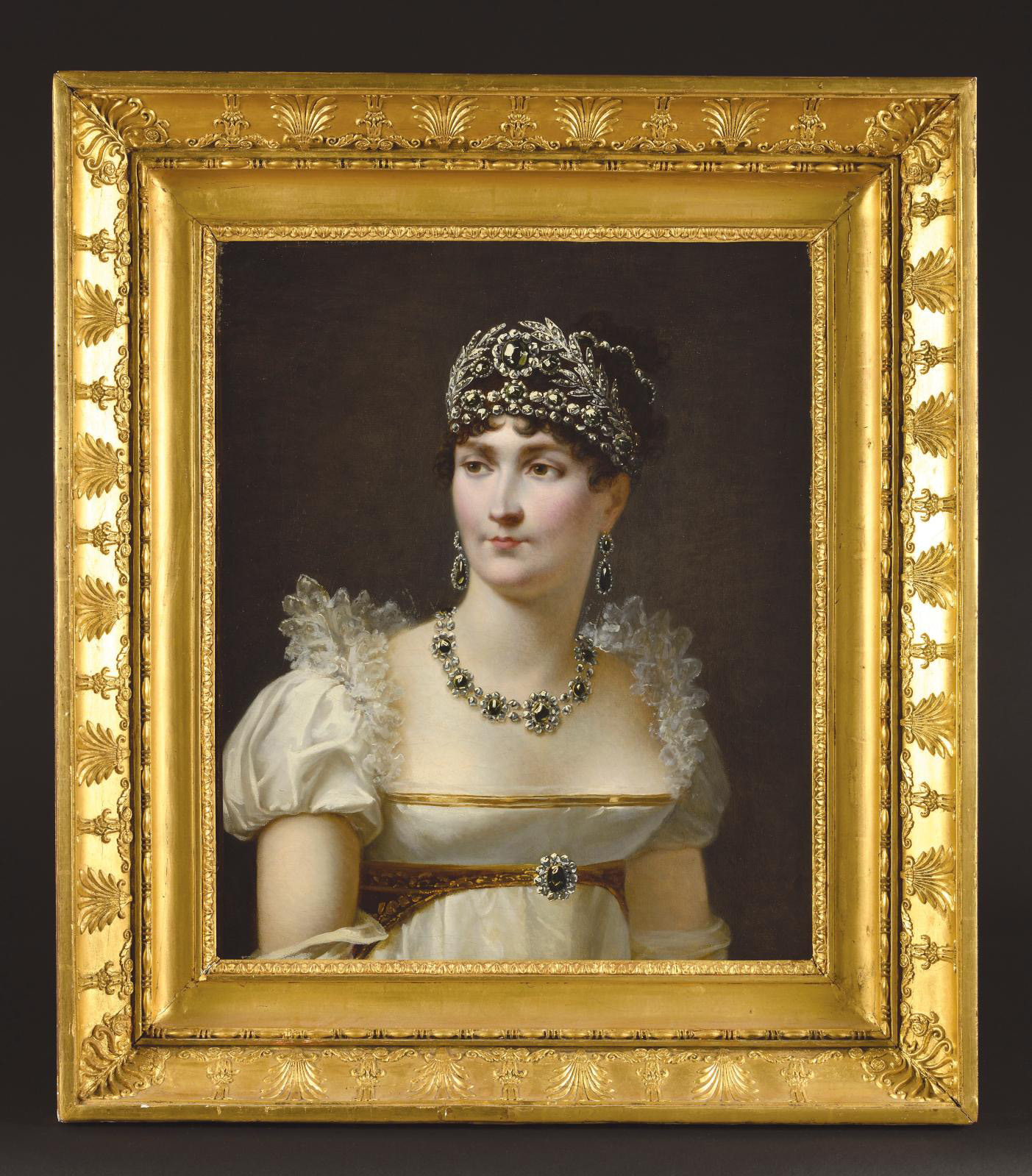 Josephine’s sweet face commemorated the bicentenary of Napoleon I’s death at this two-day auction marked by nine preemptions by the Musée National de la Voiture at the Château de Compiègne, the Musée des Arts Décoratifs, and the Châteaux of Versailles, Fontainebleau and Malmaison.

Jean-Baptiste Regnault painted this portrait of the Empress wearing her coronation diadem. Estimated at €100,000, it finally fetched €262,500. Her likeness is the same as in the painting of Prince Jérôme Bonaparte and Princess Katharina Friederike of Wurttemberg’s wedding, but it may have been painted during a sitting at Malmaison. A drawing of Josephine in her coronation dress sold for €62,500 (27 x 19 cm/10.63 x 7.48 in). Baron Gérard likely drew it just after the 1804 ceremony as a preparatory work for the full-length portrait in the Musée National du Château de Fontainebleau.

Unsurprisingly, Napoleonic memorabilia also surpassed their estimates, such as the cambric shirt prepared for reviewing his troops after the Battle of Waterloo. Over two centuries after falling into the hands of the Emperor's enemies, it now joins a collection for €100,000. The auction also featured other items of clothing worn by Napoleon, like a pair of red silk stockings (€26,875) and, more dramatically, a strip of cambric stained with his blood from his autopsy, kept by General de Montholon and passed on to the first Duke of Bassano (€33,750). The memory of the Napoleonic era left a lasting impression on people, as Louis Béroud attested in an 1897 painting of Czar Nicholas II and the Czarina Alexandra Fedorovna paying their respects at the Emperor’s tomb at the Invalides, which fetched €43,750 (65 x 48.5 cm/25.59 x 19.09 in).