A major surprise came in this sale of Asian art when a lacquer console roused the five-clawed monster. 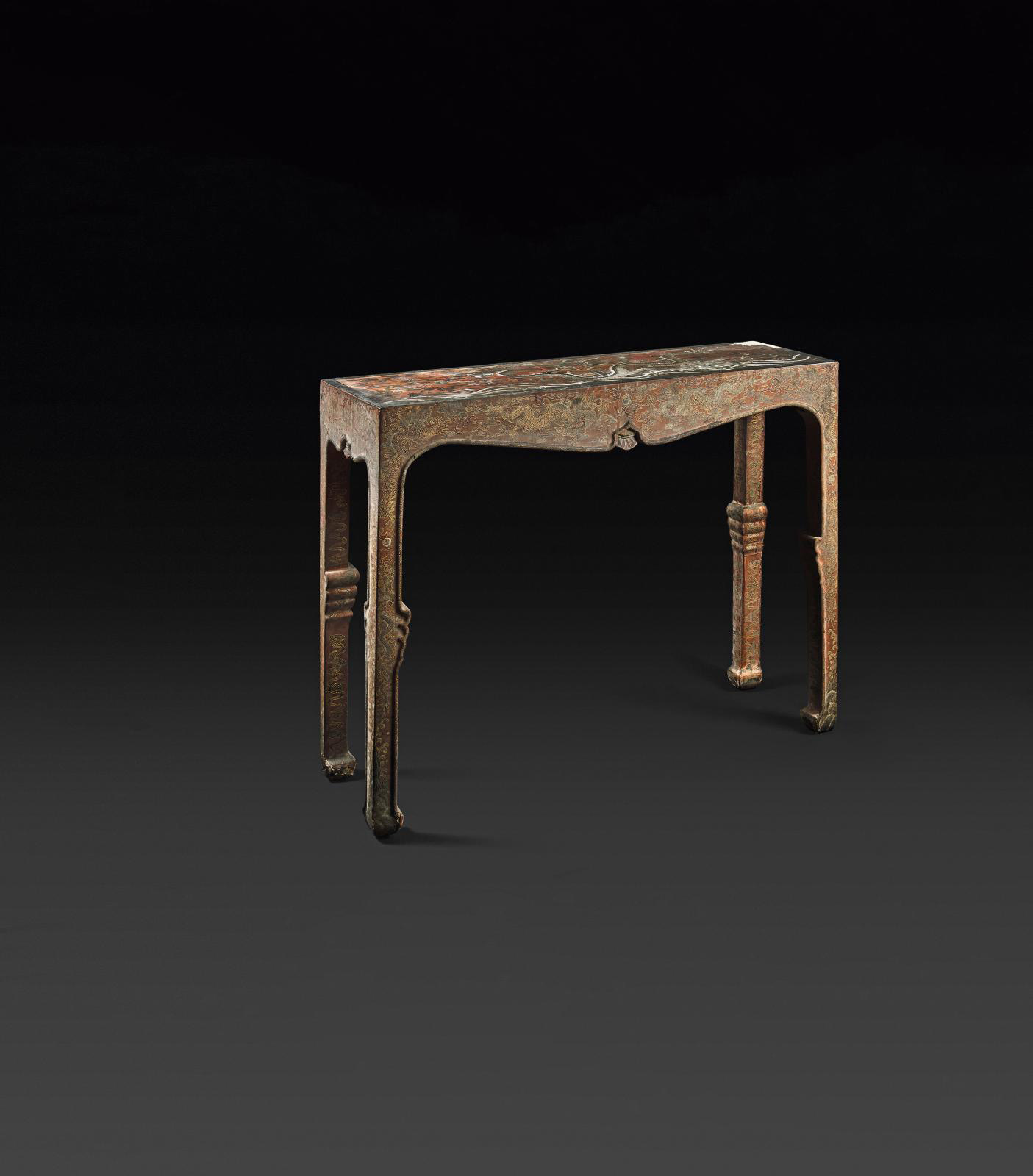 China, 18th century. A rectangular tianqi and qianjin lacquered console table decorated on the top with a face-on dragon holding the sacred pearl in one of its talons, legs and sides decorated with dragons chasing the sacred pearl among clouds, 77 x 94 x 29.5 cm/30.3 x 37 x 11.6 in.
Result: €524,800

China, 18th century. A rectangular tianqi and qianjin lacquered console table decorated on the top with a face-on dragon holding the sacred pearl in one of its talons, legs and sides decorated with dragons chasing the sacred pearl among clouds, 77 x 94 x 29.5 cm/30.3 x 37 x 11.6 in.
Result: €524,800

Sales of Chinese art regularly turn up surprises—and considerable ones, too—but they mostly involve porcelain with imperial marks, whether or not these are genuine. This time the revelation came with an 18th-century lacquer console, small but decorated with a dragon shown face-on on the top in tianqi and qianjin lacquer, with five claws on each foot, holding the sacred pearl in one of its talons. All of these characteristics indicate an imperial piece of furniture, which accounts for its result of €524,800, despite the major work required to restore its full brilliance.

The sale totaled €1,111,858 in all. A pair of Qianlong (1736-1795) period ginger pots (h. 23.5 cm/9.3 in), with gilt bronze mountings also made in China, changed hands for €53,760. Both pieces are decorated with underglaze blue and green enamels and again feature the motif intrinsic to imperial China: dragons chasing the sacred pearl. In the first part, a collection of porcelain, mainly from the East India Company during the reigns of Kangxi (1661-1722) and Qianlong, attracted €130,867 overall, including €29,440 for a famille verte bowl (diam. 18.5 cm/7.2 in) showing a bird perched on flowering branches. A Tongzhi period (1862-1874) hu vase, illustrating the tenacity of a form invented in the Shang dynasty and used for bronze ritual vases, fetched €27,520. Meanwhile, an early 18th century rooster and hen in Japanese enameled porcelain fetched €50,622. The bidders were definitely wide awake!