The night star gave its name to this type of globular container highly fashionable under the Qianlong emperor, this rounded form is the antithesis of the angular tobacco box by French architect Robert Mallet-Stevens. 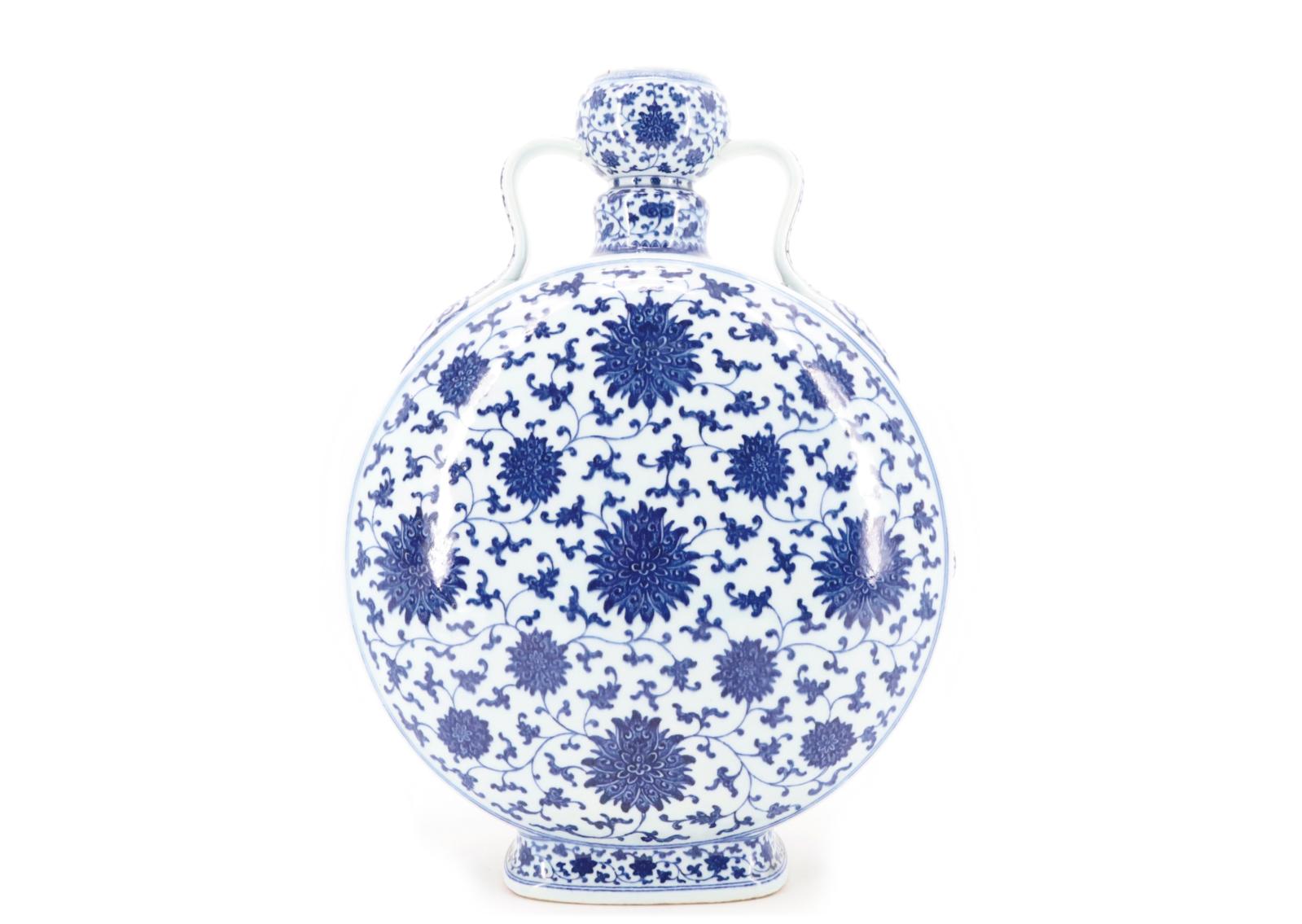 €317,200 was the remarkable sum garnered by this Chinese porcelain flask vase from the Qianlong period (1736-1795). With a body and foot decorated in blue underglaze with lotus flowers and foliage—the neck has the same decoration above a frieze of banana leaves—its "bianhu" shape evokes the moon ("yueping"). It originated in the Middle East, where pilgrims' gourds in leather or metal were very common. In the early 15th century, during the Ming dynasty, this model was adopted in blue-and-white porcelain: products that were soon exported to Eastern countries. Later, the Qianlong emperor, who particularly liked them, ordered large models for himself. Brought back by an ancestor of its last (Le Havre-based) owner from Beijing, where the former lived at the turn of the 20th century, the 18th-century dating of this vase (51 x 39 x 17 cm/20 x 15.4 x 6.7 in) was confirmed by a thermoluminescence test performed by the CIRAM laboratory on April 8, 2022.

A radical change in style followed, with a lot that inspired €14,030: a nickel-plated metal tobacco box, entirely in right angles, designed by Robert Mallet-Stevens with the company Desny. Dating from the 1920s, it has three flap compartments and a drawer (10 x 23 x 20 cm/3.9 x 9 x 7.8 in), and decidedly reflects the spirit of the architect who designed the Villa Noailles in Hyères.

The Jean Nicolier Collection, the Triumph of Ceramics
Newsfeed
See all news
Colorado Artists Unite to Advocate for Missing and Murdered Indigenous People
Tourist Denied A With Meeting Pope Francis Smashes 2 Antique Statues
Digital Illustrator, Grzegorz Rutkowski, is Bigger Than Picasso on AI Platforms
Austrian Builder-Owner Award 2021 To Be Announced
Not to be missed
Lots sold