The forced withdrawal from a January 27 Pierre Bergé sale at Drouot of two stained glass windows from the abbey church of Saint Denis illustrates the Ministry of Culture’s high-handedness and betrays a certain amount of scorn for the history of our heritage. 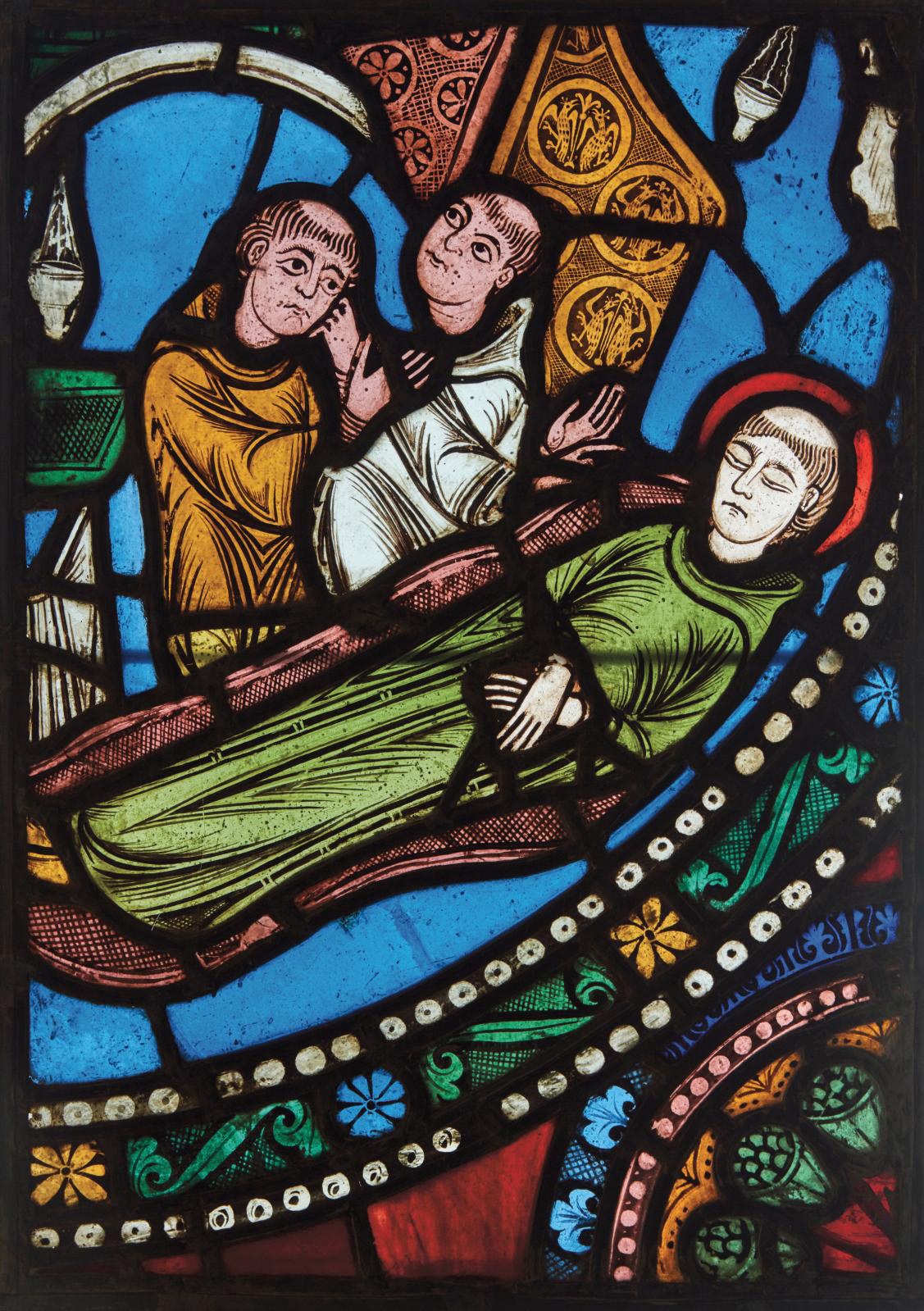 Two days before the sale, the auctioneer received an e-mail requesting their withdrawal on the grounds that they might belong to the State, yet the auction’s organizers had informed the ministry about it six weeks earlier. Bergé chairman Antoine Godeau says they had no time to prepare a response. Whatever the outcome of the ministry’s procedure, the sale was sabotaged.

Revelation
A stained glass window depicting the Magi is estimated at €200,000/300,000 and another, portraying two monks watching over Saint Benedict’s body, €300,000/400,000. In her message, Isabelle Chave of the Heritage Department, having "taken note of the catalog"—sent four weeks earlier—wrote: "research by French medieval stained glass specialists has led to their identification as coming from two stained glass windows, dated around 1145, in the ambulatory of the basilica of Saint-Denis". What the sale’s expert, Laurence Fligny, had already written in the catalog is thus portrayed as a revelation.

The ministry states that their presence in the church "is attested to just before the complete dismantling of the ambulatory’s glass canopies in September 1799 and their deposit in the Musée des monuments français (Museum of French Monuments). Then they were returned to the storerooms of Saint-Denis Basilica (the former abbey church) when the museum closed (April 24, 1816). The two panels are in the State’s public domain and, as such, “imprescriptible and inalienable". Even though the State was unable to produce any evidence, it was up to the seller to "provide proof of their lawful provenance," failing that the property would be seized.

The Theology of Light
These works of art are precious legacies from the early French Gothic basilica. Unusually large for the period, they rank among the first medieval stained glass windows. In his memoirs, Abbot Suger wrote that he had no qualms about spending money and called upon "many masters of various nations". The theology of light—"wonderful and continuous", "leading upwards"—was at the heart of his program. Great stained glass iconography specialist Louis Grodecki stressed their "central place in Gothic architecture". French historian Émile Mâle saw them as the foundation of symbolism in French art, making "every form the garment of thought”.

Inventor
As in similar cases, the ministry based its position on the 1789 edict requiring religious property to be “placed at the nation’s disposal”. However, in a letter explaining the denial of export certificates, Jean-Michel Loyer-Hascoët, head of the heritage department, wrote that the windows’ presence in the church “was attested around 1794-1795 by drawings from one of architect Charles Percier’s sketchbooks, then copied on tracing paper by the basilica’s architect, François Debret”, and in the 1897 Inventaire général des richesses d’art de la France, as being among the windows that made the round-trip between the basilica and the Musée des monuments français.

In its reply, the Bergé auction house pointed out that neither window, nor Percier’s drawings after the royal tombs’ sacking in 1793, appears anywhere in that inventory. The ministry maintained its request for withdrawal.

Museum Sales
In a letter, an official mentions Michael W. Cothren’s article in the 1986 Art Bulletin. He could have also quoted the preamble, emphasizing the “complex history” of these “stained glass windows with a revolutionary design, of which only scattered bits remain in situ”. In his 1952 paper to the Société nationale des antiquaires, Grodecki revealed that some had been replaced as early as the 13th century. “Most survived the French Revolution,” wrote the American medievalist. But in 1799 Alexandre Lenoir appropriated them for his Musée des monuments français. Some were destroyed during shipping. Lenoir and his glass restorer, Tailleur, sold others in “collusion with dealers”. An 1807 newspaper article denounced a transaction with “a German prince”. The disappearances are undocumented, but “these are the windows now scattered in European and American collections.”

Mr. Cothren found the Magi’s Dream in the chapel of Raby Castle, England, and authenticated a Flight into Egypt at the Glencairn Museum in Pennsylvania. He also recalls a June 10, 1932 sale at Drouot of a panel from the Savadjian Collection depicting Mary’s three followers. It has since vanished but the Metropolitan Museum of Art’s library has photographs taken by antique dealer Lucien Demotte, who was the auctioneer. He signals other compositions and border fragments in the United Kingdom at the Victoria and Albert Museum, the York and Glasgow museums (a gift from collector William Burrell of a 1923 purchase in Paris at Arnold Seligmannen’s), two churches, a town hall, etc. Grodecki identified three cut-outs of flowers in the Met’s storeroom and a panel at the Lyon Museum—dreadfully restored, like the one in the Turin Museum. Herod Receiving the Magi is in the storerooms of the Monuments historiques in Champs-sur-Marne, and Cluny has the Ascension of Saint Benedict. In 1958 the State bought both for the Cluny museum at the Brimo de Laroussilhe gallery—highlighting the unequal treatment of the owner whose works were withdrawn from sale at Drouot.

The State thus appears to be primarily responsible for these losses to the heritage. Mr. Grodecki could not find the words to criticize the "almost total destruction" of the church’s surviving stained glass windows. Lenoir "had them restored very badly, completed them abusively" and turned them into "fanciful inventions" for his museum. After returning to Saint-Denis in 1818, they underwent another "clumsy restoration and absurd presentation" by François Debret, "who mixed fragments of various origins to form 'decorative elements'". Some were dismantled and taken again, including by Viollet-le-Duc. In addition to their state of "advanced corrosion", Mr. Cothren says, "there are now more period stained glass windows better preserved outside the church than within its walls."

Insecurity
The heritage department’s action, which even museums fail to fathom, is far from unique. La Gazette commented on the seizure of a mourner from a tomb in Burgundy and a rood screen fragment from Chartres leading to long procedures that eventually ended up before the European Court of Human Rights. Other, less famous cases were more speedily dispatched, like that of the Mont Saint-Michel manuscripts claimed in the Orne in 2018. On December 18, 2019, a similar fate befell the Bergé sale at Drouot of an incense holder from the reliquary of Saint-Viance made of enamel champlevé plates. The owner, a retired dealer, was able to prove that he bought it at Drouot in 1982 without any objections from the State. The answer he received was that these liturgical objects being, in any case, the property of the city since 1801, the year of the Concordat, are indisputably in the public domain.

The fragile, exquisite glass collection of Barbara Wirth
Not to be missed
Opinion