The founder of the Durjoy Bangladesh Foundation, collector Durjoy Rahman puts all his energy into promoting artists from his country and South Asia 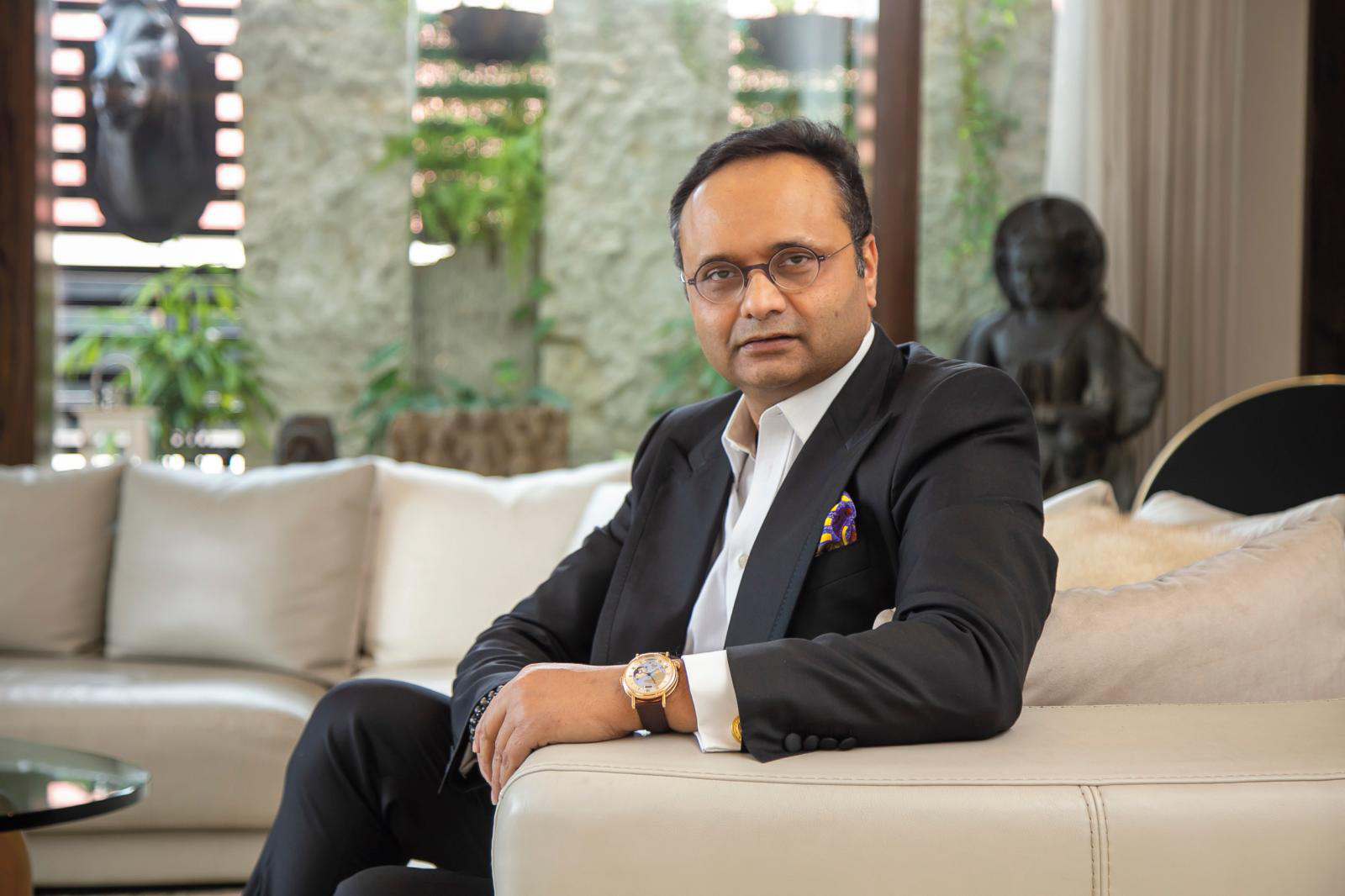 Based in Dacca and Berlin, the Durjoy Bangladesh Foundation (DBF) was created in 2018 to promote artists from South Asia and beyond. Its founder, collector Durjoy Rahman, developed a passion for art in the 1990s. His nearly 1,000-piece collection is mainly made up of internationally famous contemporary artists from India and Bangladesh, some Western artists and promising local talent.

Where did your interest in art come from?
It started in the 1990s. I’ve been in the textile and garment trade since I was 22 and went into business for myself in 1994. My first offices were in the Dhanmondi neighborhood in Dacca, the capital of Bangladesh. That’s where the main galleries are located. I’d go there after work or at lunchtime. Many collectors from my generation started out like me, by visiting galleries left, right and center. Unlike today, when everything is increasingly online, things happened through personal contact and experience. Meeting and talking to artists at shows had a major influence on the choice of works.

How did you start your collection?
In those days, exhibition catalogs had a strong influence on collectors; many started out by collecting them. Moreover, Bangladeshi art critics were important in helping us gain access to and understand artists. My work as an exporter often took me to North America, where I saw Andy Warhol’s 1964 Liz. That work made a deep impression on me. Pop Art, Warhol and Roy Lichtenstein made me want to get involved in art and start a collection. My first acquisition was a woodcut by Rafiqun Nabi, a prominent Bangladeshi artist and cartoonist.

What do you collect?
I started with contemporary Bangladeshi artists: Rafiqun Nabi, Safiuddin Ahmed, Abdur Razzak, Murtaja Baseer, Aminul Islam and Quamrul Hasan. I also collect local artists known on the international scene: Shahabuddin Ahmed, Monirul Islam and Rashid Choudhury. They already have a career in Paris or Madrid. I also discovered South Asian, Indian and Pakistani artists on business trips. I collected American Pop Art, Lucian Freud and David Hockney. Meanwhile, I became interested in old Indian masters. That’s the basis of my collection, which I’ve since enriched with works by Bangladeshi and South Asian artists living in America and Europe. Setting up my foundation in Berlin gave me access to emerging international artists such as Kour Pour, Serge Attukwei Clottey, Andrea Morucchio, Mithu Sen, Rashid Rana and Iftikhar Dadi. My collection became diversified, and I work increasingly with female artists like Novera Ahmed. I also include other media, such as photography, video and installations.

Why do you think it’s so important to collect Bangladeshi artists?
That’s a vital question. I want to preserve the testimony of the themes these artists care about, a historical perspective, to keep a trace of their influence. Some major artists, like Zainul Abedin, Quamrul Hasan, Safiuddin Ahmed, Rashid Chowdhury and Abdur Razzak, started out when Bangladesh was still East Pakistan. Signs of their fight for independence, their patriotic feelings and dreams of a new nation, as well as the impact of natural calamities, can be found in their work. The artists of the Bangladeshi and South Asian diaspora have also had a major impact. For example, Indian artists S.H. Raza, Akbar Padamsee, Sakti Burman and Krishna Reddy lived in Paris in the 1950s and structured the model of Indian contemporary art. The same thing happened in Bangladesh with Ahmed Shahabuddin, Monirul Islam and Shahid Kabir, who had access to the European scene even before independence. I’m aware that if I want to promote art from this part of the world and bring it to international notice, I also have to work with artists in the diaspora.

How would you describe the local art scene?
Bangladesh celebrates the 50th anniversary of its independence this year. Historically, our art scene started in 1971, but the newly liberated country faced multiple challenges, including natural disasters. Consequently, the art created during this time drew little attention; no strong movement emerged. Change came in the 1990s, when public institutions and private individuals started collecting. Emerging artists didn’t come into the regional and international spotlight until the early 2000s. Moreover, young Bangladeshi entrepreneurs started taking an interest in these artists, whose work could be seen at international fairs and biennials. Today our art market is thriving and still has plenty of room to grow. I think local and international collectors should take these artists seriously. We have excellent creators producing quality work. With the right promotion, Bangladesh could become a strong marketplace in the next few decades.

What prompted you to create your foundation?
At one point in my collection’s development, I wanted to set up a platform that could help creative people and encourage them to work together. The other goal was to introduce these artists internationally. The Durjoy Bangladesh Foundation was created in 2018. It encourages artists to make new work and produces exhibitions, residencies and publications. One of our flagship projects is the Majhi International Art Residency. Launched at the 2019 Venice Biennale, it brings together artists from South Asia and Europe to exchange ideas and practices and make connections during and after the residency.

What are your other projects?
The second Majhi Art Residency took place during the Berlin Art Week in September 2020. We’re also working on a Sunil Gupta retrospective with institutions like The Photographers’ Gallery in London and on March 12 we held the Durjoy Bangladesh Symposium online. We’re also organizing a show in collaboration with the Canadian High Commission and the United Nations that will include pieces by Rohingya refugees living in a camp in Bangladesh. We’ve actually never been as active as during the pandemic.

Durjoy Rahman
IN KEY dates
1997
First acquisition: a work by Rafiqun Nabi
2004
Purchase of Liz by Andy Warhol
2018
Creation of the Durjoy Bangladesh Foundation
2019
Start of the Majhi Art Residency in Venice