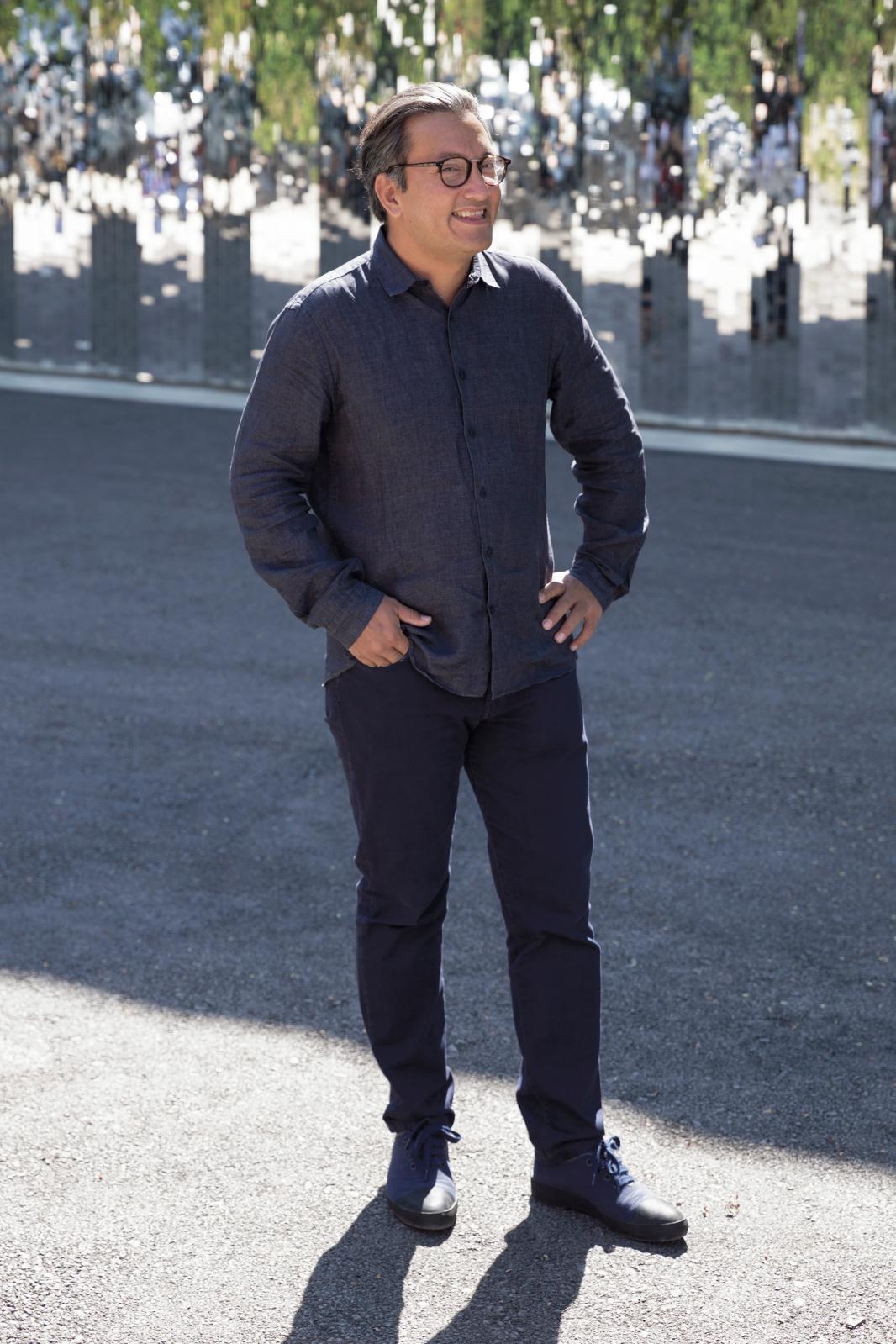 You have quite an unusual family and career history.
My father is American. In 1962 he moved to Thailand, where he met my mother, Patsri Bunnag, who later got remarried to Jean-Michel Beurdeley. I grew up in Paris with my stepfather, who had a Chinese antique and art gallery in Saint-Germain-des-Prés. I was lucky to have a family that gave me a taste for art! After studying in the United States, I returned to Thailand at a time when a lot was happening on the art scene there.

Could you be more specific?
I thought I'd remain in France to work with my stepfather, but when I arrived in Thailand in 1992 it was booming so I stayed. Banks needed people who could speak both English and Thai. I could translate and ring up customers from London to Hong Kong to give them information about buying shares on the Thai stock exchange. That was before the Internet! The stock market index was around 300. Two years later it was 1,700!

The situation has changed since then.
The Asian crisis suddenly struck in 1997. The bubble burst and Thailand's currency, pegged to the dollar, collapsed. That had repercussions on the art world. Galleries closed. Artists suffered. But underground spaces opened because of those problems. It was a very interesting time for contemporary art. Many people started buying to decorate their homes, after having purchased watches, Hermès bags, cars, etc. The galleries were in a neighbourhood between a BMW showroom and a wine bar.

Would you say the crisis was beneficial?
In the end, it was! It lasted six to seven years. Artists had smaller budgets, which undoubtedly led them to do more interesting work. Many started to experiment and reject the traditional training then in vogue. Some left to study abroad and returned with ideas that were more controversial in Thailand. I came back at the right time and met artists my age. We had lots of fun! Around 1992 I started collecting with my stepfather, who set about it seriously in 1997.

In 2016, you opened a private museum in Chiang Mai, in northern Thailand. Why there and not Bangkok?
In Thailand, everything happens in Bangkok, business, politics, decisions are made there for the whole country. For 30 years, many artists from the capital have been moving to Chiang Mai, where the university is less conservative. It also has some galleries and collectors. Poets and writers live there, too. It's cooler. We looked at other cities, but wanted a place where foreigners passing through could discover contemporary art. We chose a quick, simple architectural approach for our museum: large warehouses to hang our artworks.

Have you received any public funding?
The museum is totally private. It gets no subsidies from institutions, which may be an advantage: if the government helped us, it would surely request the right to have a say on what we show. Instead, we can do as we please. Soldiers from the region come to see every exhibition. I doubt some of them would've been possible in Bangkok. Thailand's three southern provinces, which share a border with Malaysia, a former sultanate, are 85-90% Muslim, while the rest of the country is 90% Buddhist. They've always been a bit different, with a separatist movement. We've exhibited artists from there, who express their everyday frustrations, the checkpoints, the ban on speaking their ancestral local language in school, etc.

"One of the main reasons we created this museum is that there was no permanent venue for contemporary Thai art. We wanted a space that could show around 30 works. That's a small taste, a selection of what we like, not a complete survey."

Do you think Thailand's art scene has received enough promotion?
There are five or six galleries in Bangkok, which show works by a handful of artists. Otherwise, you have to go to the Bangkok Art & Culture Centre, a contemporary art centre that doesn't have its own collection. One of the main reasons we created this museum is that there was no permanent venue for contemporary Thai art. We wanted a space that could show around 30 works. That's a small taste, a selection of what we like, not a complete survey.

Which artists are represented best in the collection?
We have nearly 400 pieces, 98% of them by Thai artists, although I've travelled to neighbouring countries such as Cambodia and Laos and started collecting their art. The best-represented generation is that of the 1990s, who really embody the artistic transition, starting with the late Montien Boonma. Today's generation really looks up to him. He's had a big influence on other artists. We also have many works by Araya Rasdjarmrearnsook, Pinaree Sanpitak, Navin Rawanchaikul and Chatchai Puipia.

In a globalised, increasingly homogenised world, does the Thai scene have a specific identity?
I'm very sensitive to that issue, to bringing together works with political undertones. I'm very interested in the situation in Thailand and in critical views of society, which can be a leitmotiv in the choices my stepfather and I make. The last 10 years have been politically and economically challenging for the country.

Has the new Bangkok Biennale, founded in 2018, given contemporary art a boost?
There were actually three events in 2018: the Bangkok Art Biennale, funded by a great family that has the country's alcohol monopoly; the Thailand Biennale, organised by the Ministry of Culture in Krabi; and a more underground event. That had people talking about us! The next Bangkok Biennale will be in Korat, one of the poorest, least touristy provinces.

Does your museum focus only on South-East Asia?
We opened with Apichatpong Weerasethakul [editor's note: director and artist, Golden Palm at Cannes in 2010]. Then we hosted a group show, which was 95% Thai, followed by another featuring artists from South-East Asia with exile as the theme. For the first time, until 10 February 2020 we're hosting a show by a Western artist, Pilar Albarracín, a “real” Andalusian from Seville who uses her region's symbols. It's interesting for Thais to see work by a female artist. I also want to introduce her to the Muslim populations. The encounter should be fruitful.

Hans Rasmus Astrup, Founder of the Astrup Fearnley Museet in Oslo, Has Died
Not to be missed
Interviews