Planned during the pandemic, this exhibition features a small number of works spread over the four rooms of the Musée Delacroix in Paris: the painter's studio, his bedroom, the salon and the dining room. 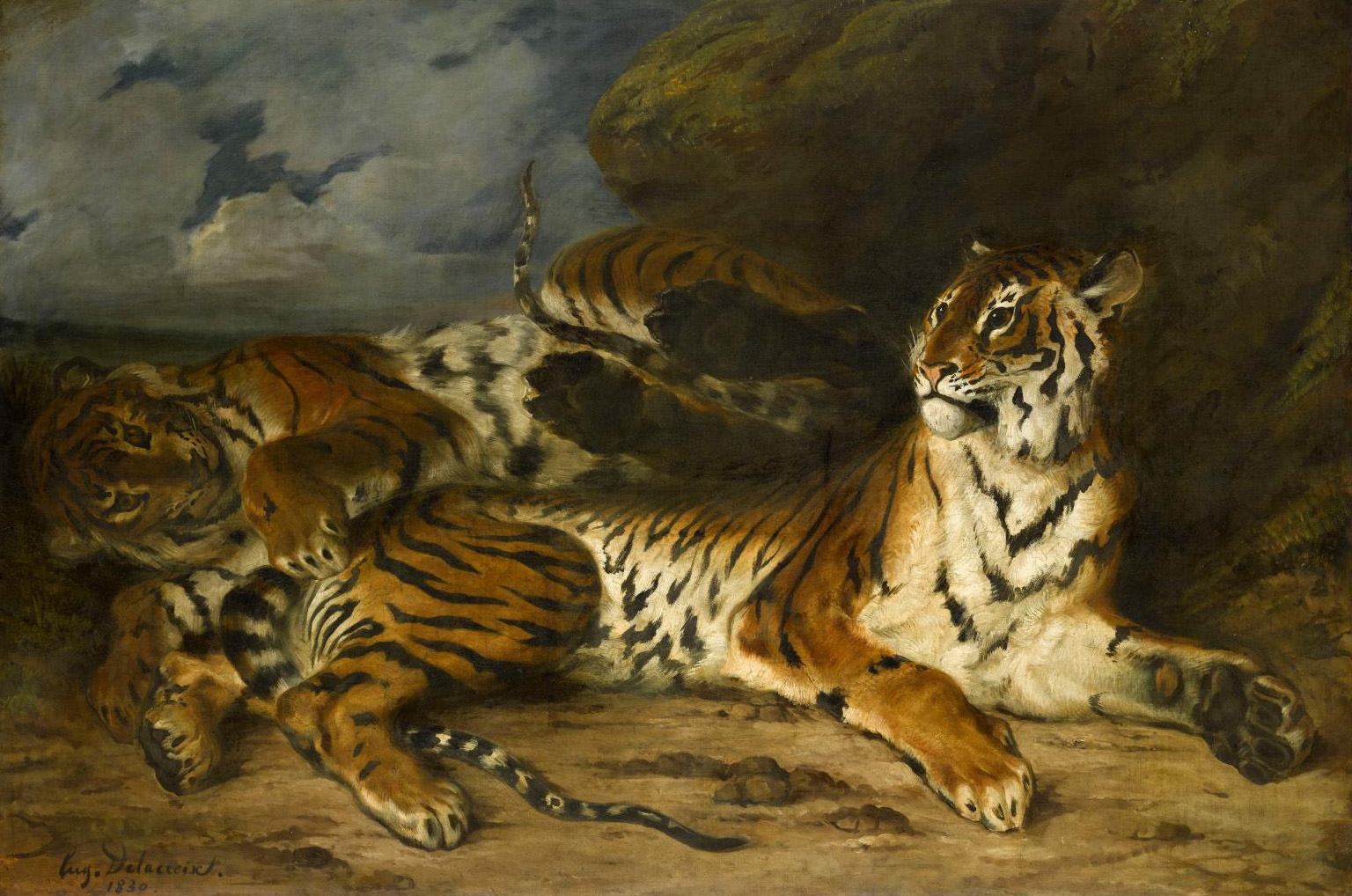 The curatorial decisions of Musée Delacroix director Claire Béssède, in charge of the show, were essentially based on her own collections and loans from neighbors including the Louvre and Orsay museums. A reduced carbon footprint and thus a narrow but varied selection provides an enlightening view of the artist's creative process. Although he had an emotional response to nature, very few landscapes feature in the history painter's output, and almost all remained in his portfolios. Here we see a few, full of light and vibrancy, including Vue de Champrosay, L'Étang (le Louroux en Touraine) (View of Champrosay, The Pond (Le Louroux, Touraine), and The Sea from the Heights of Dieppe. Pencil studies from life of flowers, branches and animals show how he soaked up the real world, then gave full rein to his imagination in representations of fights between big cats, men and horses. Various sculptures by Antoine-Louis Barye, whom he often met at the Museum's menagerie, are displayed close to Delacroix's famous note to him, lent by the library of the Institut National d'Histoire de l'Art: "The lion is dead. At the double! The weather we are having should galvanize us. I’ll be waiting for you there. A thousand greetings. This Saturday, E. Delacroix."  In the studio, a stuffed lioness and a crow loaned by the Deyrolle taxidermy company, the exhibition's sponsor, seem to be eyeing the Young Tiger Playing with its Mother from the Louvre (see photo). And in the garden, in an extension of this lively and intimate tour, the voice of the gardener who supervised the planting of the master's beloved zinnias, hollyhocks, honeysuckle and syringas describe the creation of this little hidden Eden in a podcast.