No longer sullied by layers of varnish, Delacroix's masterpiece reappears in all its glory. A real revelation. 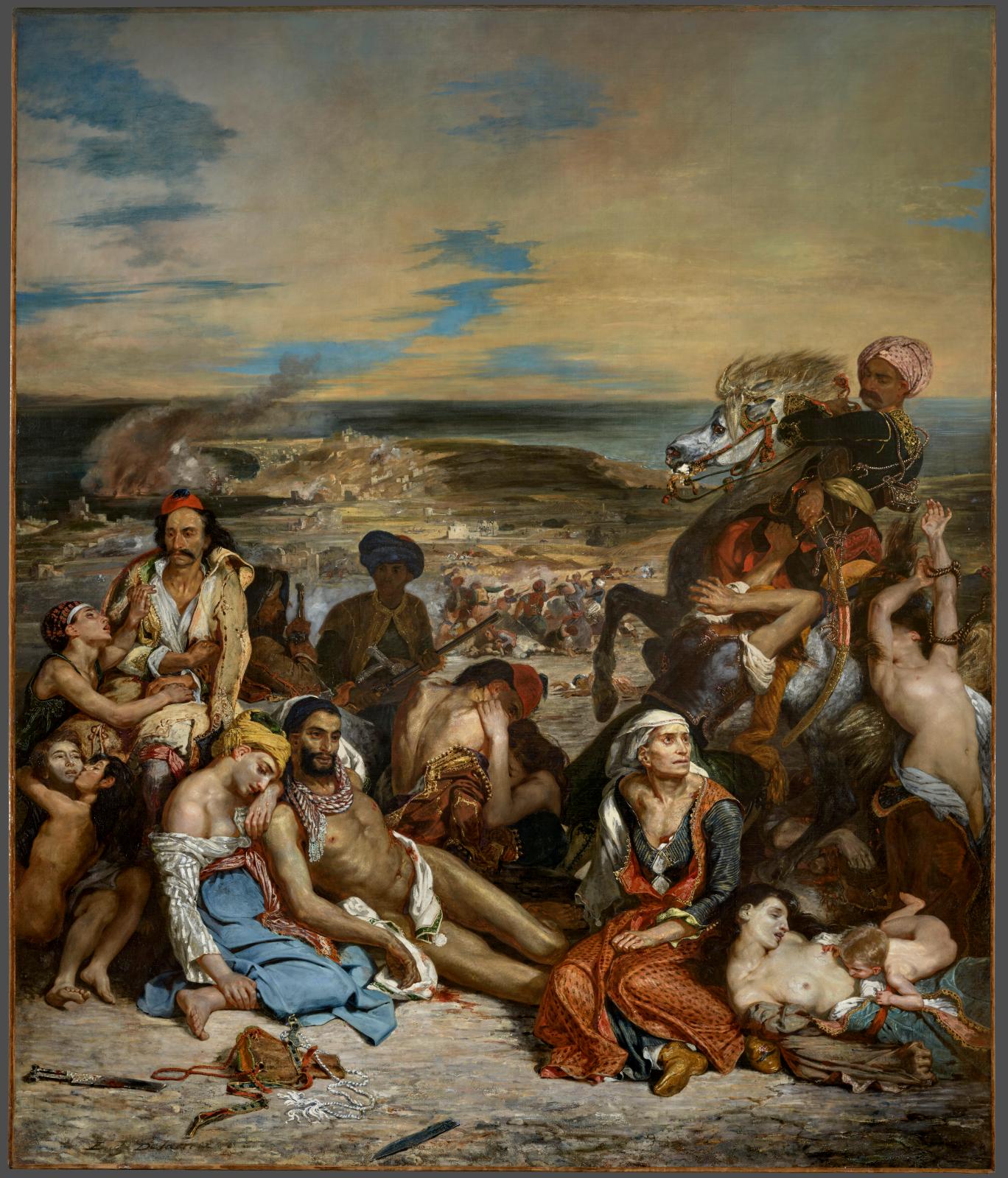 At the Louvre and other major museums, monographic exhibitions are often an opportunity to restore various paintings, as with Leonardo da Vinci's. But the museum also carries out restoration work independently of events. These campaigns are planned well in advance, preceded by in-depth studies and lengthy discussions between curators and restorers. As we learn from Sébastien Allard, director of the Paintings Department, there are two types of situation: "emergencies", when fragile works need rapid attention, and works that are in good condition but require "aesthetic restoration", when deterioration due to ageing makes them difficult to read. Last year, Nicolas Poussin's Inspiration of the Poet was restored for this reason, and now Raphael's Madonna and Child with St John the Baptist is being treated by expert hands. Studies are under way for Cimabue's Maestà and Van Eyck's Madonna of Chancellor Rolin, and another is soon to be started on all the paintings in Rubens' Marie de' Medici Cycle.
But the most recent piece to have benefited is Delacroix's large painting The Massacre at Chios: a work of crucial importance for art history. Studies had been carried out during the 2018 exhibition, but restoration was only completed in the last few months for a re-hang on February 18. The work of a 28-year-old artist, it created a sensation at the Paris Salon of 1824, where it was seen as the standard for a new movement: Romanticism. As his friend and elder Géricault had done with the Raft of the Medusa exhibited five years earlier, the young painter chose a contemporary history subject: the massacre of the Greeks by Ottoman troops on the island of Chios in 1822.
What was so arresting then, even more than the subject, was the ground-breaking, vibrantly realistic pictorial treatment. It was not the figures so much as this new technique, this work on light, colour and touch that made everything so tangible, so present. The painting literally leaps out at you. At least this is what you feel when you look at the restored work, and it is something viewers haven't experienced for ages. For though the painting was intact, it had yellowed considerably, dimmed by countless layers of varnish accumulated over the years. Restoration thus essentially involved removing these layers one by one, leaving only the very first, applied by the painter before the exhibition. This meticulous work was carried out by Cinzia Pasquali. “One of the difficulties, she tells us, was having to winkle out every little area of these old varnishes, in every crevice of a thick, irregular material applied in vigorous strokes.” The result is magnificent. The work has been positively brought back to life, and we can now see what a shock it must have been for the visitors to the 1824 Salon. Above all, we now understand the whys and wherefores of this extraordinary relief, because we can now clearly see the brushwork and the actual use of colour. We knew from literature and written accounts that Delacroix had explored the principle of simultaneous contrasts, and that his canvases, starting with this one, were painted with intermingled pure colours. We knew this, but we couldn't really see it. Now you only need to get up close to realise that the shadows are vibrant with pure vermilion, and the flesh is dotted and streaked with reds, greens, blues, yellows and purples, all merging within the gaze from a distance. It is no exaggeration to say that the restoration work has brought about a real revelation – for apart from its renewed legibility, Delacroix's very art has become a manifesto once again. So we are burning with impatience to see the next "aesthetic restorations" planned by the Paris museum.