The Société des Amis du Louvre has made a splendid catch in buying six chairs by Michel Cresson from the Steinitz Gallery in Paris, meaning that one of the most important furniture ensembles of the mid-18th century is now complete. The furnishings for the Grand Salon in the Château d’Abondant (to which they belong), produced... 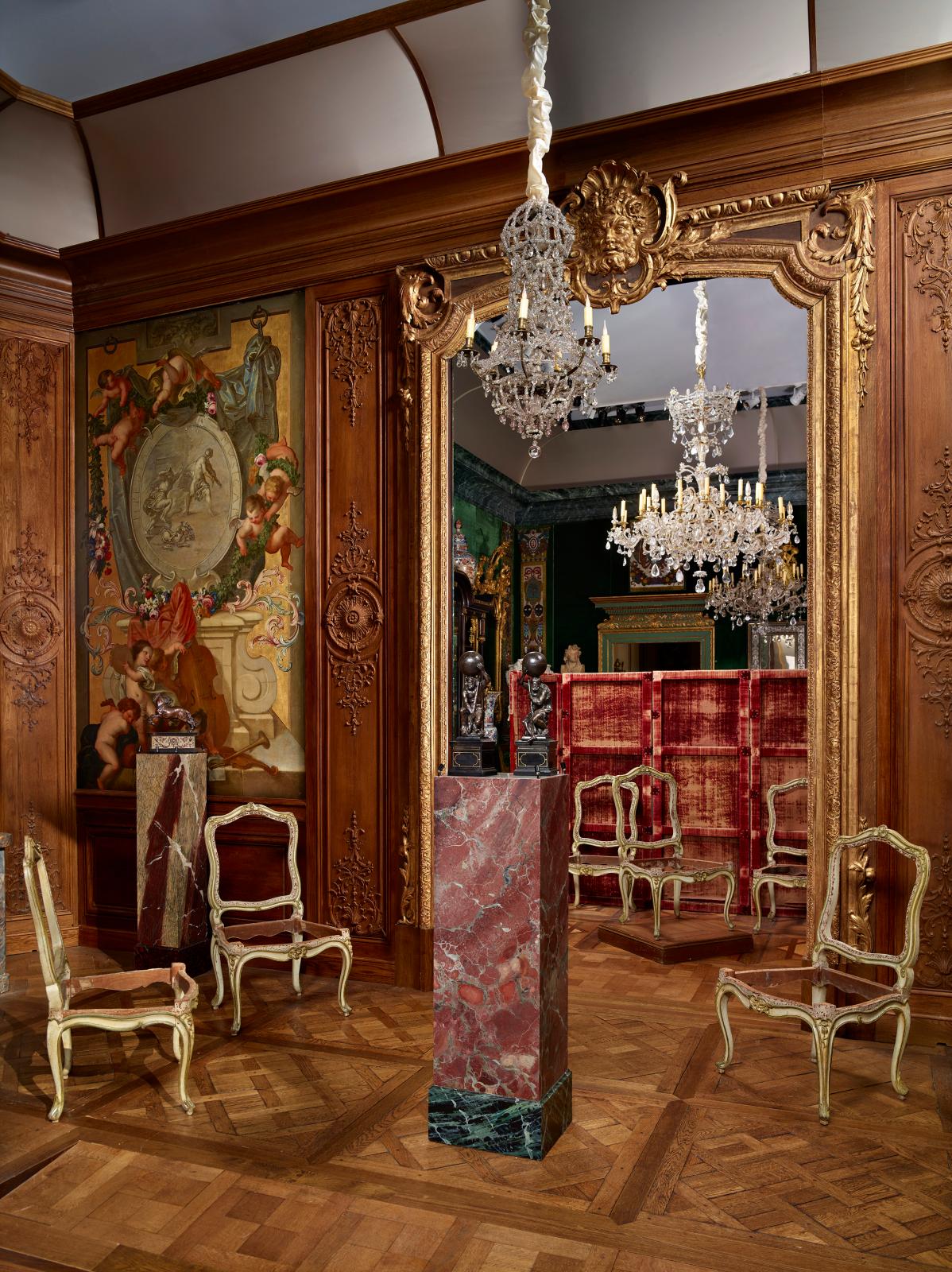 The Société des Amis du Louvre has made a splendid catch in buying six chairs by Michel Cresson from the Steinitz Gallery in Paris, meaning that one of the most important furniture ensembles of the mid-18th century is now complete. The furnishings for the Grand Salon in the Château d’Abondant (to which they belong), produced between 1747 and 1750 for Louis II du Bouchet de Sourches, entered the Louvre in 1989. They include wood panelling by François-Simon Houlié, a sarracolin marble mantelpiece carved by Louis-François Trouard, decorated lintels painted by Jacques de Sève, a crystal chandelier, four consoles, two sofas, two bergères and two flat-backed chairs. Bruno Pons devoted fifteen-odd pages to this decor in "French Period Rooms": "The Château d’Abondant salon cannot compare with the salon of the Hôtel Bernard. It was not part of a Paris mansion, or a financier's château like La Norville, or a pleasure house. Abondant was above all an abode for aristocrats in their own territory, in the midst of their woods and an estate abounding in game, far from court; sometimes a place of exile, but never devoid of company. The salon has greater simplicity: but this is not where its signal qualities lie. After being dismantled and reassembled three times, the grand salon has preserved part of its original furnishings and is unique for this reason." The set of six chairs exhibited by Benjamin Steinitz at the last Biennale Paris appeared in the inventories of 1751 and 1783, as well as in several old photographs of the interior when this was reassembled in Paris by the descendants of the Marquis de Sourches. It is precisely these stamped chairs that have now enabled the furniture taken in by the Louvre in 1989 to be attributed to Michel Cresson. This excellent news should delight the scientific community and public alike, because the Louvre presents an authentic period room, and the chairs will now make it easier to imagine the peaceful life at Abondant. Its residents were staged by Drouais in the monumental portrait of the Marquis de Sourches and his family now in the Château de Versailles.