The Maeght Foundation is hosting about a hundred abstract artworks from the Fondation Gandur pour l’Art collection, from Martin Barré to Claude Viallat and many rediscoveries. 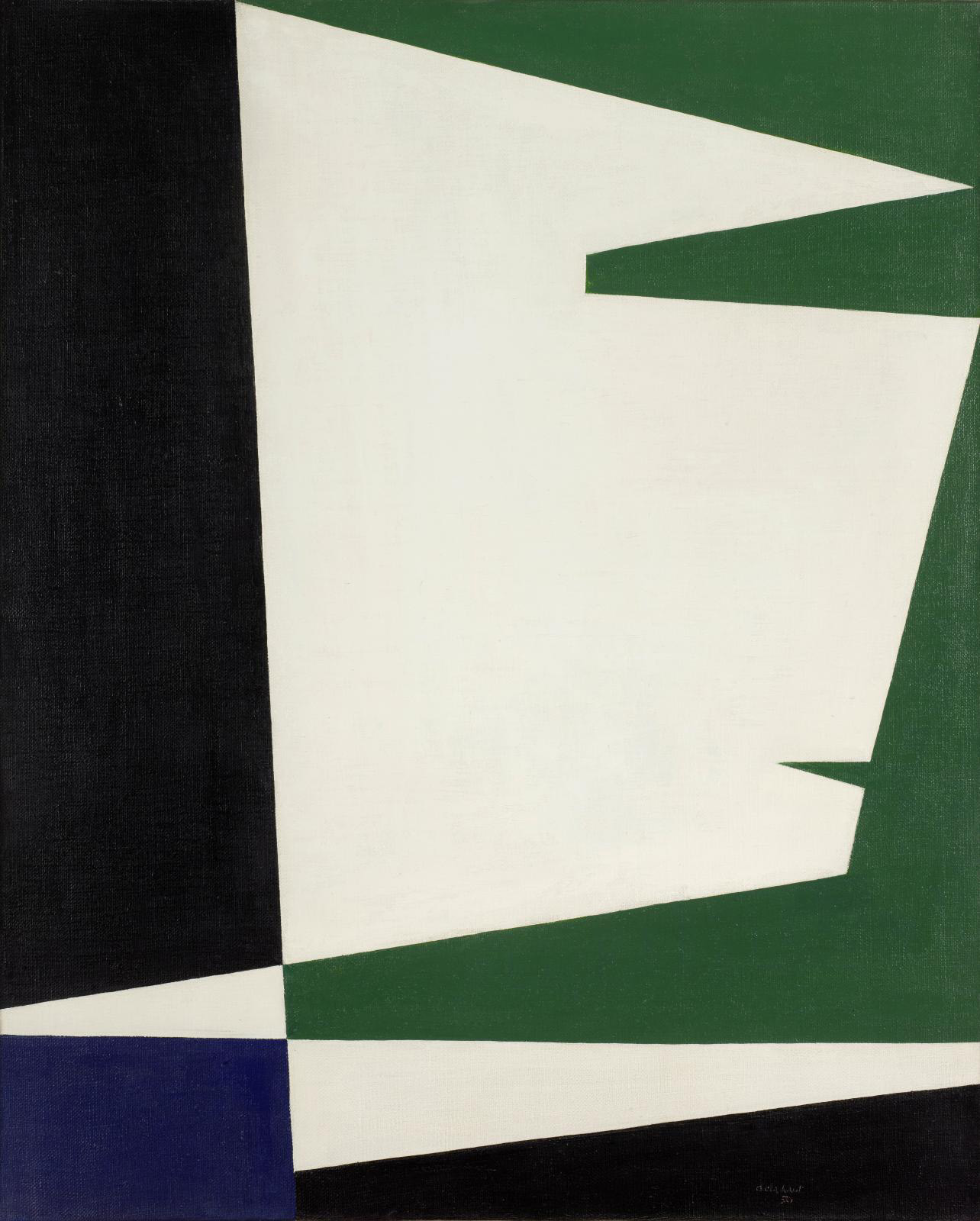 What could be more fitting than one foundation inviting another? Until November, the one created by Marguerite and Aimé Maeght is hosting part of Jean Claude Gandur’s collection—a slim fraction of a larger group dedicated to abstract art housed at his Geneva foundation. Some works have already been featured in exhibitions, including several focusing on art produced during the war, but this time about a hundred works by 66 artists will be displayed together for the first time. Several of them, such as Calder, Hartung, Riopelle and Soulages, are also represented in the Maeght Collection. Together they provide a survey of abstract art and its variations, showing “just how radical the ideas and work of these artists were,” says Yan Schubert, the curator of the Geneva foundation, who also notes “a renewal of interest for abstraction” in recent years. As Mr. Gandur writes in the catalog, the show features several monumental works, including a splendid work by Riopelle from 1953, Hommage à Robert le Diabolique (200 x 282 cm/78.74 x 111.02 in), Tokyo an impressive Sam Francis piece from 1957 playing on solids and voids, (197.7 x 396.5 cm/77.83 x 156.10 in), and a four-meter-long (13 ft) triptych by Emilio Vedova Scontro di Situazioni, 1959 worthy of American Abstract Expressionism.

The collection, focusing on France and the artists who worked there, however, includes a few works by Americans, which are more expensive. Over a period spanning the 1950s to the 1980s, from Soulages and Judit Reigl to Supports/Surfaces and Claude Viallat, the show features abstract art in all its forms. “Scratching, incising, perforating, gluing, sewing, burning and using less traditional supports became a new way of approaching the creative act,” says Mr. Schubert. The major stages of these experiments are the thematic and chronological leitmotiv. “Paintings” features the Soulages of the 1950s. “Geometry” brings together Vasarely and a sculpture by Tinguely, Méta-Herbin (1955), a tribute to Herbin, a painter who influenced the Swiss artist, placed majestically next to it. “Experimentation” presents Fontana with an atypical Concetto spaziale from 1956, adorned with pieces of colored glass glued to the canvas. “There are some works I don't want to buy, like Fontana's slits, which you see everywhere, at every fair,” says Mr. Gandur. “One must dare to reject what everyone wants to see.” That explains the presence of a Grand cachet by Arman, an ink and gouache on paper mounted on canvas, his nearly three-meter-long (nearly 1àft) Allures d'objets painted on the same support and an Agrafage (1961) by César, wooden slats stapled on panel like a child's cutouts revisited by an adult artist. The collection gives pride of place to these singular pieces, which often rank among the most innovative in their creator’s career. Examples include Dubuffet’s sculpture Savonarola and his Paysage hermétique, a gouache including various tree leaves. The solidly built, high-quality collection also showcases unknown artists like Ernest Briggs, Alfons Schilling, Jack Youngerman, Jo Delahaut and Salvatore Scarpitta, who wrapped the canvas with strips of fabric in 1958. This is a big family of more or less distant cousins.

Art in the Open Air at Le Muy
Newsfeed
See all news
Prado: A New Frame for "Mercury and Argos" by Velasquez
Narbonne: Thieves Loot the Archeological Site of Villa of La Nautique
Film Screening: "Frida Viva la vida" at the Palais Galliera in Paris
Hauser & Wirth to Open Second Branch in Los Angeles
Not to be missed
Exhibitions