Although much sought-after across the Atlantic, this 13th-century psalter ended up in the hands of a self-styled "provincial bookseller". The manuscript written on parchment, comprising 186 leaves illustrated with miniatures, initials and decorated margins, reached a bid of €516,600, surpassing the wildest expectations.... 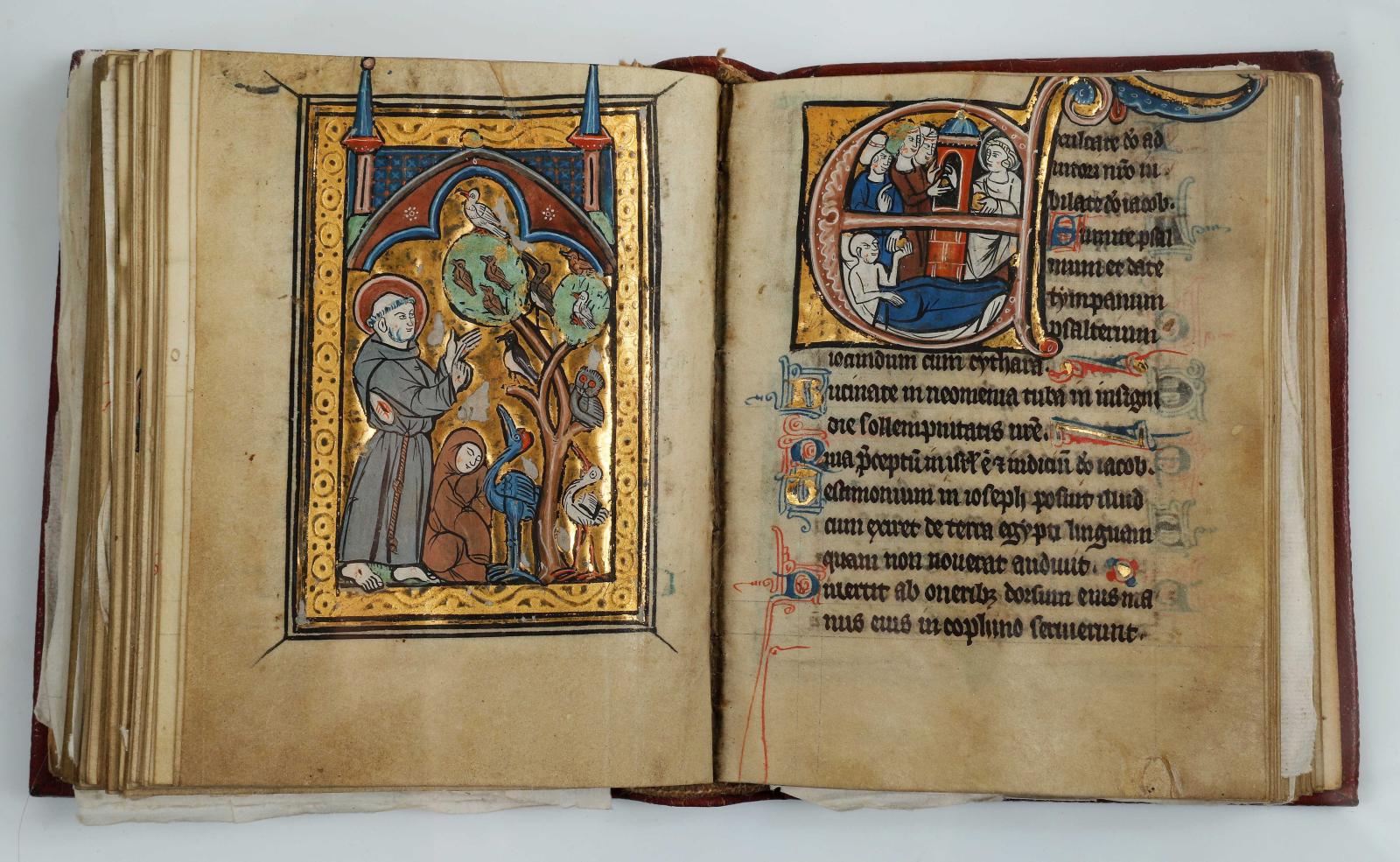 Although much sought-after across the Atlantic, this 13th-century psalter ended up in the hands of a self-styled "provincial bookseller". The manuscript written on parchment, comprising 186 leaves illustrated with miniatures, initials and decorated margins, reached a bid of €516,600, surpassing the wildest expectations. It includes a complete liturgical calendar decorated with 12 miniatures on a gold ground, the 150 Psalms of David followed by the beginning of the Song of Songs, nine full-page miniatures on a gold ground, 10 historiated initials, 166 gilded ornamental initials, and a profusion of small initials. The existence of a miniature depicting Saint Francis of Assisi preaching to the birds suggests the work’s closeness to the Franciscans, a hypothesis borne out by the order’s very active presence in Bruges and Ghent as soon as the saint was canonised (1228). This rare document was made in the silence of a studio in Flanders or northern France between 1250 and 1280, at the height of the Gothic Age, a fruitful time conducive to contemplation. The period also witnessed a metamorphosis: illuminated initials, which served to locate divisions in the text, were enriched with extensions that became edges and plant and floral borders. Calligrapher monks created veritable jewels whose pictorial style evolved throughout the Middle Ages. In the 13th century, the forms were drawn – barely shaped – and the colours restrained, attesting to the lasting hold of Romanesque art. The scenes gradually became more naturalistic, leading to flamboyant Paris productions ca. 1400.

The Antiphonary: Divine Music of the Middle Ages
Not to be missed
Lots sold