Shapes and colors resonate in this 1956 gouache. With a freedom that does not rule out precision, the artist makes space vibrate. 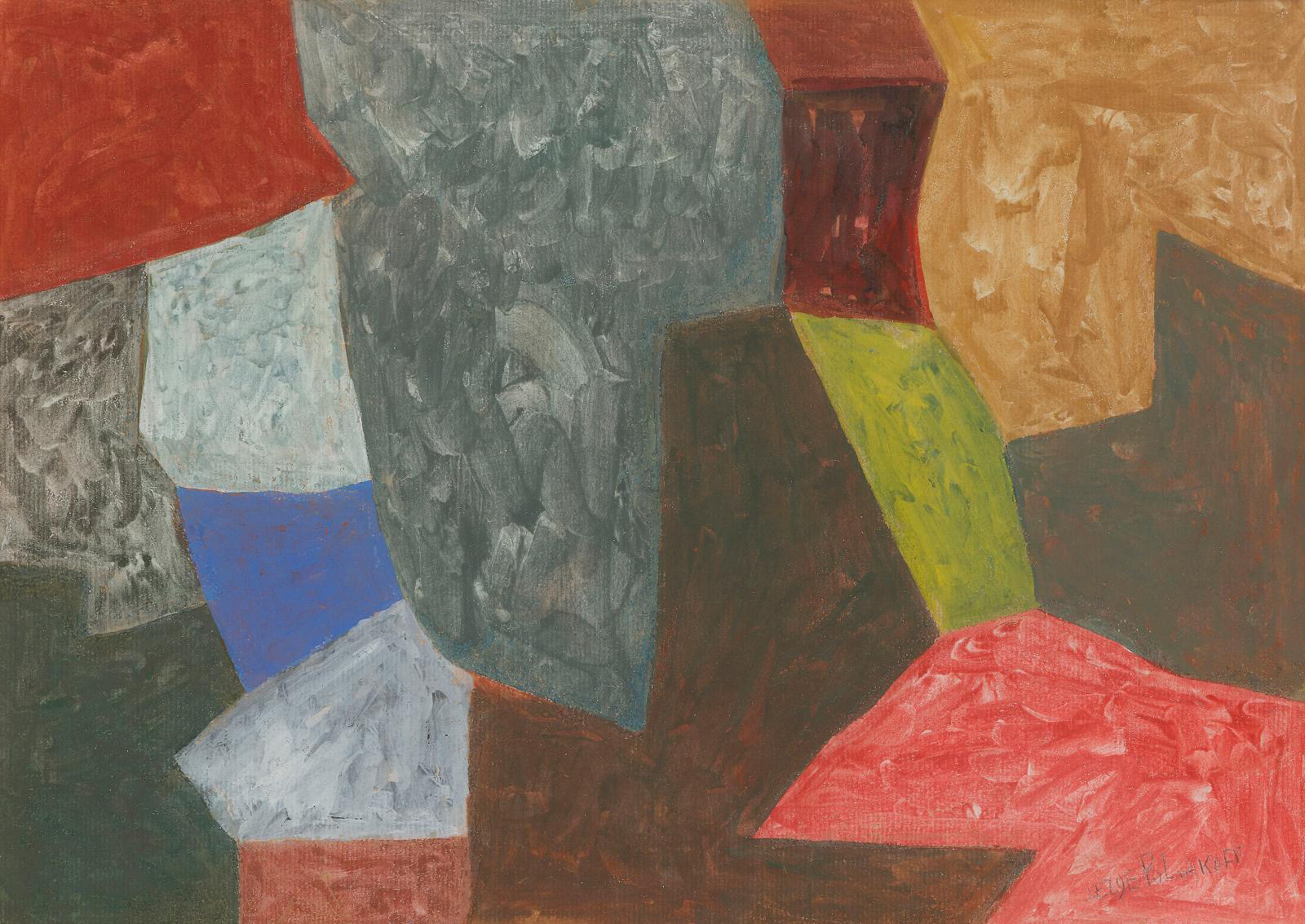 “For the future, I’m betting on Poliakoff,” declared Vassily Kandinsky, who met Serge Poliakoff in Paris in the 1920s, a refuge for exiles fleeing the Russian Revolution, which had broken out three years earlier. Presented in the second volume of Catalogue Raisonné by Thaddée and Alexis Poliakoff, covering 1955-1958, this gouache can attest to this. The painter’s work matured and started to earn accolades. Following recognition, the first public purchase, by the Musée de Grenoble in 1948, Poliakoff signed a contract with Galerie Bing in 1952. This allowed him to devote himself entirely to painting, from which he could now earn a living. He exhibited more and more, expanding the number of his collectors, from the United States to Russia. In 1956, the year of this gouache, he won the Premio Lissone, awarded in Italy. This prize celebrated Poliakoff’s talent for achieving what he himself described as “plastic poems”. By constructing space with shapes and colors, this skilled musician—he earned his living playing guitar for thirty years—composed a kind of visual music, which should be felt rather than viewed. Starting with the angles of his canvas, he progressed methodically toward the center by creating a network of interdependent shapes, where each chromatic note determines the next one to create contrasting harmonies. In this way, he juxtaposed complementary shades, darkness and light, hot and cold. “What’s most important in art is space, proportions and rhythm,” affirmed the artist. While he may have chosen to limit the number of elements in his works, their combinations are infinite, especially since none of these shapes are truly geometric. In the 1950s, their outlines became markedly rounder, as we can see here. Like the cells of an organism, they give life to the composition as a whole, which seems to extend beyond the boundaries of the work. Deceptively uniform, the colors are themselves layered. The size of brushstrokes, the thickness and smoothness of the materials are also variables he played with. To have utmost control, Poliakoff gave up tubes and ground his own colors, mixed with oil or water using measurements to meet his needs. He could then give free rein to his experiments.