A modern icon, the painter achieved the full expression of his art in the 1950s. Here is a fine example, soon to be unveiled in Deauville. 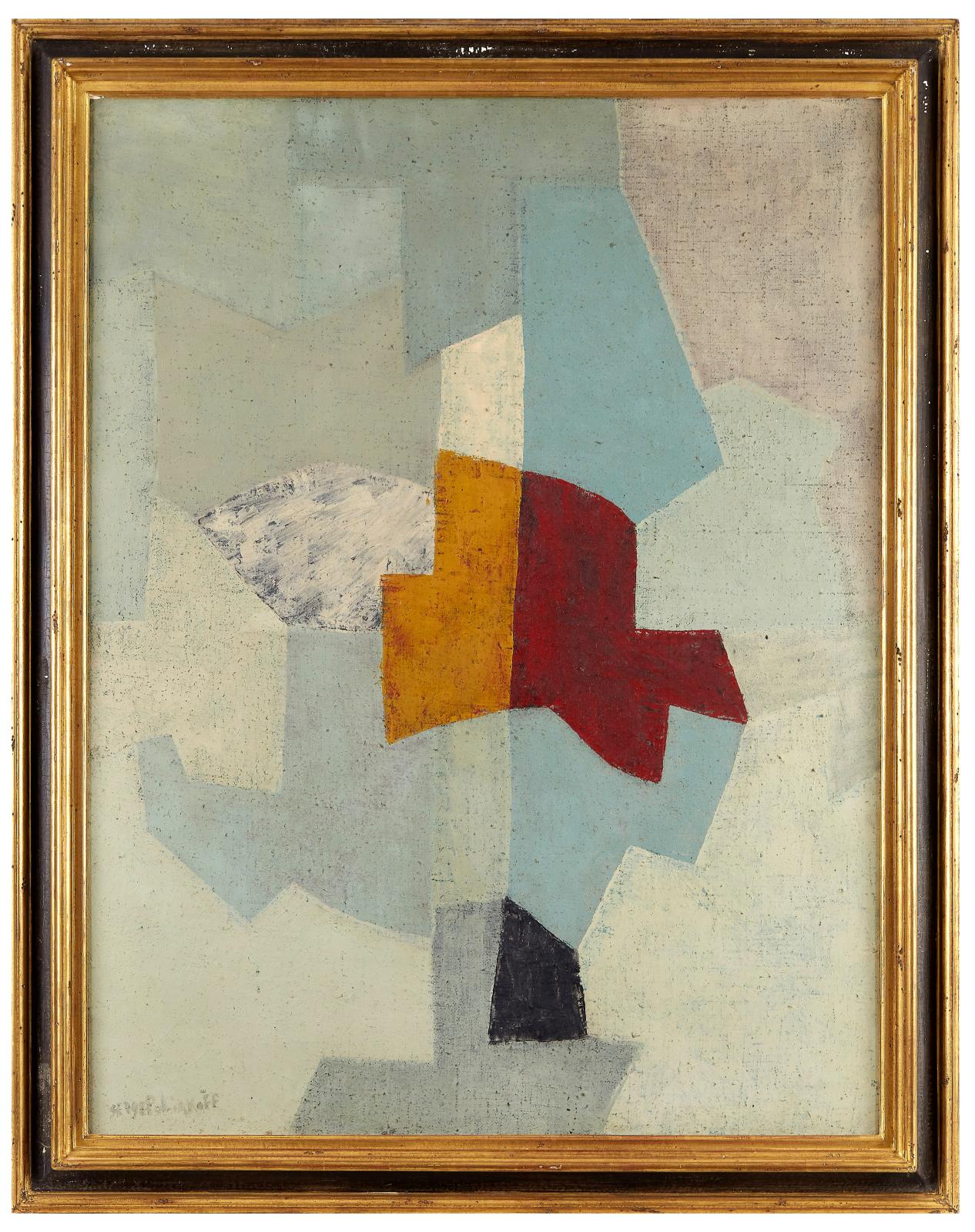 Around 1950, Serge Poliakoff built balanced architectures, as if made up of volumes that interpenetrate each other. In 1956, in the art review XXe Siècle, critic Julien Alvard accurately described the process as the “advent of monumentality” in the artist's work. Poliakoff composed Gris, vert, bleu (Grey, Green, Blue), a subtle score of pale notes highlighted by three strong flat tones, in 1955. That was a splendid year for him: finally recognised, his work was showered with tributes. In the preface to volume II of the catalogue raisonné devoted to his father (Acatos Publishing Books, Paris 2004), Alexis Poliakoff recalls how, in this pivotal year, his fame “became international among collectors. After Belgium, the museums of Germany and the Netherlands honoured him by inviting him to exhibit his work.” In March 1953, he had already had a solo show at New York’s Circle & Square Gallery. In Paris, gallery owners promoting avant-garde art, including Jeanne Bucher, Denise René and Dina Vierny, presented his paintings. Ours was acquired at the time from the Galerie Ariel, avenue de Messine, whose owner, Jean Pollack, is a friend of the painter. It has a very appealing pedigree: since its purchase by a collector in Le Havre, having been kept by his descendants, it has not appeared in any exhibition. Illustrated by a black and white photograph, Gris, vert, bleu is listed in the artist's catalogue raisonné under number 55-60.

Chu Teh-chun: Vibrant Sapphire
Not to be missed
Pre-sale