With the TEFAF gaining more and more momentum and "stealing" exhibitors from Frieze, and with 1-54 putting down ever-firmer roots, other fairs are now struggling. A look back at an intensive week. 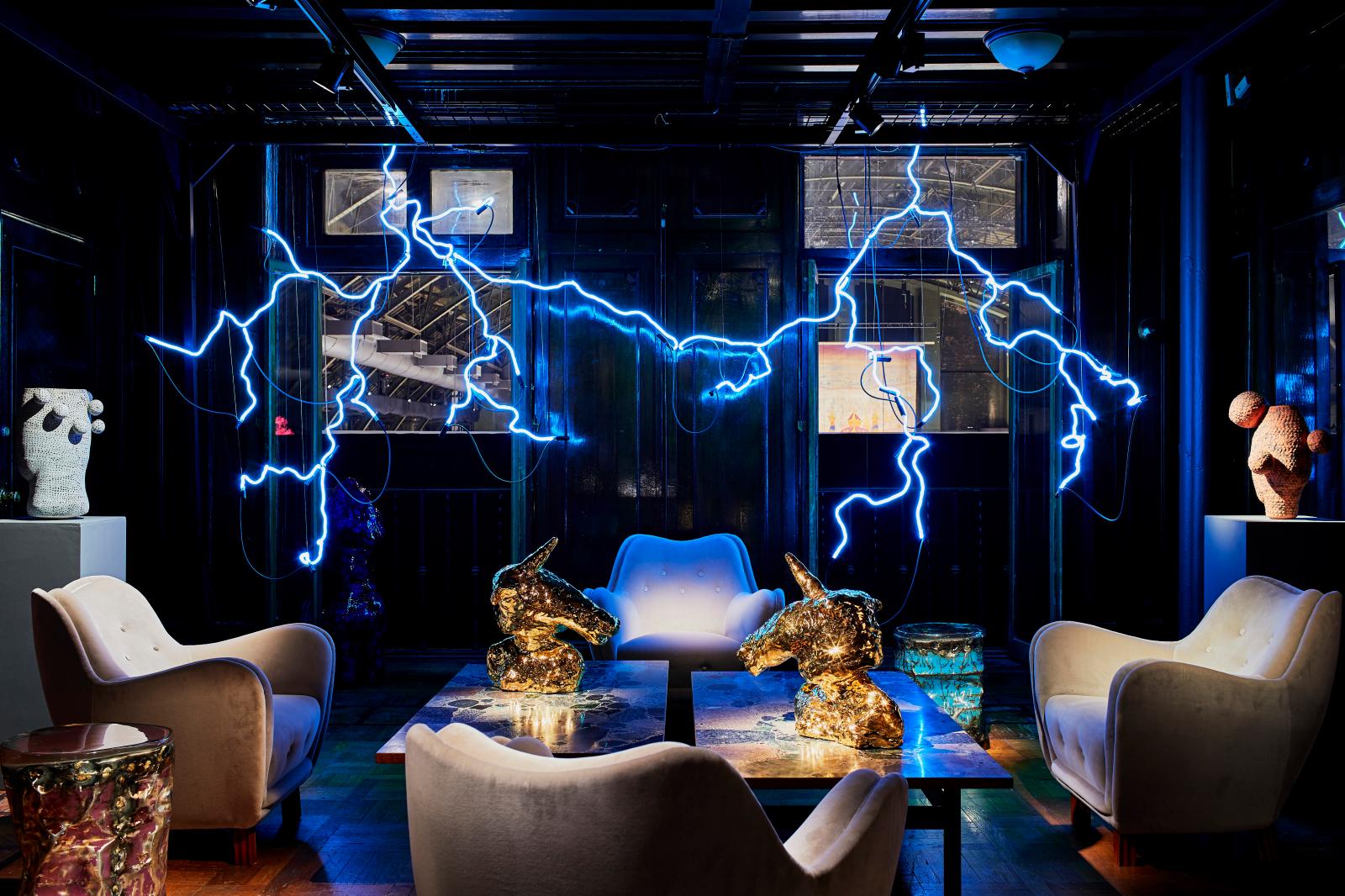 When the TEFAF set up for the third time at the Park Avenue Armory (3-7 May), the fair (perhaps for the first time) clearly demonstrated its ability to transform the contemporary art fair system of the New York spring.

The exhibitors who juggled between the two fairs – some twenty top-ranking galleries – were unanimously convinced that each was useful: "The Frieze clientele are more interested in contemporary art and discovering new artists, while the TEFAF attracts connoisseurs looking for unique pieces," says Stéphane Custot (Waddington Custot). At Frieze, he sold a sculpture by Robert Indiana for $160,000, while at the TEFAF he found a buyer for a Fausto Melotti plaster at $95,000. "For a gallery that features a pretty wide range of artists like ours, being able to target different audiences is crucial," says David Maupin (Lehmann Maupin). The dealer sold everything in the Hernan Bas solo show at TEFAF, as well as all Helen Pashgian's works, many by Lari Pittman and Nari Ward's "We the People (Arabic version)" at Frieze.

The Importance of Finding the Perfect Location
Yet again, Frieze was held in Randall's Island Park this year. "The idea of a “journey” to a distant island is beginning to pall. A number of collectors didn't come this time, despite my efforts to convince them. It's a real problem we have to tackle," says Richard Ingleby, who nonetheless managed to sell every piece at his stand devoted to Andrew Cranston, with works under the $10,000 threshold. "As a result, the fair was deserted on Thursday and Friday. Some even complained about the $20 ferry ticket," adds Silvia Ortiz (Travesía Cuatro), who found it "hard to finalise sales."

But everyone was happy with the TEFAF. "The fair gets better and better each year," said Ben Brown, who sold several Gerhard Richters at his monograph exhibition. "The visitors – all top quality – came back several times, thanks to the fair's central location," continued James Holland-Hibbert (Hazlitt Holland-Hibbert), who sold over $2 million worth of pieces. "The stands are small, but that means that dealers can get really involved in their hangs." According to Almine Rech, "The TEFAF is very easy to read." Meanwhile, Bernard Dulon plans to take part in the autumn fair "to boost our presence in New York and gradually win over loyal new collectors." "The quality remains constant, but art galleries are now overtaking collectors' designer galleries. It would be a pity to lose the balance that makes this such a magical show," says Cédric Morisset of the Carpenters Workshop Gallery.

1-54: The Advantage of Niche Markets
Of the other fairs, like Art New York, which undeniably lost out to its two major rivals, only one came out on top: 1-54, dedicated to contemporary art from Africa, the Caribbean and their diasporas. "Being in Manhattan definitely helped a lot," says James Danziger. A regular at the show, Henri Vergon of Afronova, agrees: "The relocation to Industria in West Village really changed the picture." His sales totalled nearly $200,000. "The decision to move initially arose from the desire to make the fair more accessible to the public. That was uncontestably reflected in the number of visitors we received," says the organiser, Touria El Glaoui. The change of venue also made room for more exhibitors. Caryl Ivrisse Crochemar (14°N 61°W) certainly gained in this respect. "The fair's crystal-clear identity protects it," says David De Buck, who sold one work by Rashaad Newsome for $30,000, one by Stephen Towns for $10,000 and a small painting by Devan Shimoyama for $35,000. "1-54 is a niche fair. This eliminates a large proportion of the competition, because collectors are keen to see this speciality."