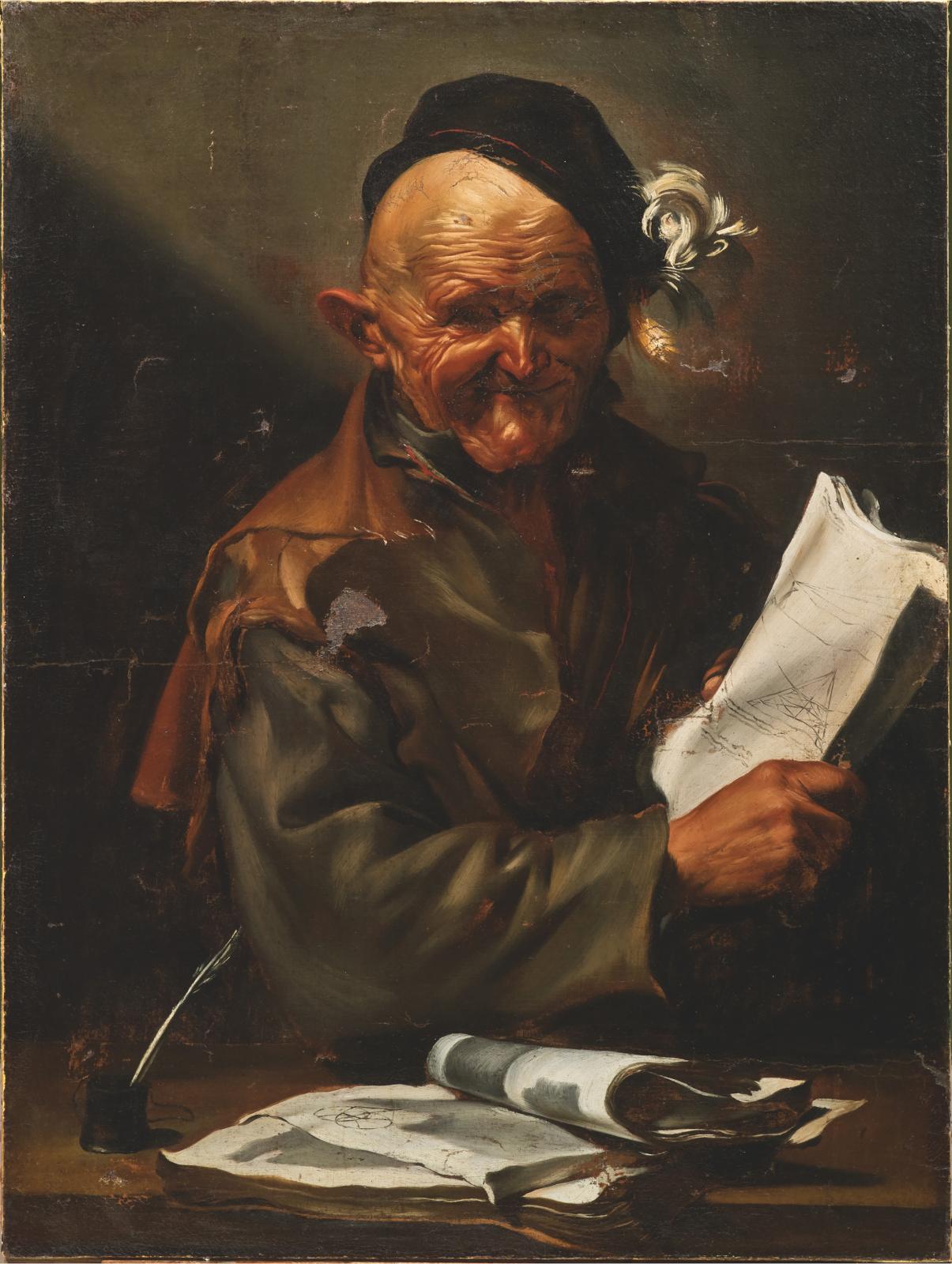 It took experts a long time and plenty of detective work to trace the history of this painting by Jusepe de Ribera (1591-1652). A set of converging factors led a Swedish gallery to stay in the bidding and take away The Philosopher: the Happy Geometer for €1,820,000, six times the high estimate and a French record for the artist (source: Artnet). Yet it is not an easy work. It is atypical in Ribera's oeuvre because he painted it during his Roman youth, before going to Naples and definitively laying the groundwork of his style. Its rediscovery sheds new light on this formative period. Another particularity of this acquisition is that the last two bidders had not seen the work in person before the sale, but were able to inspect it using high-tech digital tools, proving not only this means of communication’s effectiveness, but also the buyers’ great trust in Turquin's expertise. The only thing that is really sure about the painting is the model’s particular ugliness and its detached ears. This inimitable face, perhaps spotted in a Trastevere tavern where impoverished artists went to seek out models, must have appealed to the young Ribera, for he painted him at least six times. Here, he seems to be depicted as the ancient geometer and astronomer Apollonius, who died at the beginning of the third century. A great founding figure of the era of Hellenistic mathematics, he supplanted Archimedes or Democritus, of whom this was first thought to be a portrait. Serge Plantureux, a noted photography expert, suggested Apollonius because of the packet of sheets showing geometrical diagrams that the wise man holds in his hands. They may echo his work.

Mouthwatering Old Masters: A World Record for Louyse Moillon
Not to be missed
Lots sold