A still life by the Alsatian-born master achieved a high result, but the sale also included works by two artists ahead of their time. 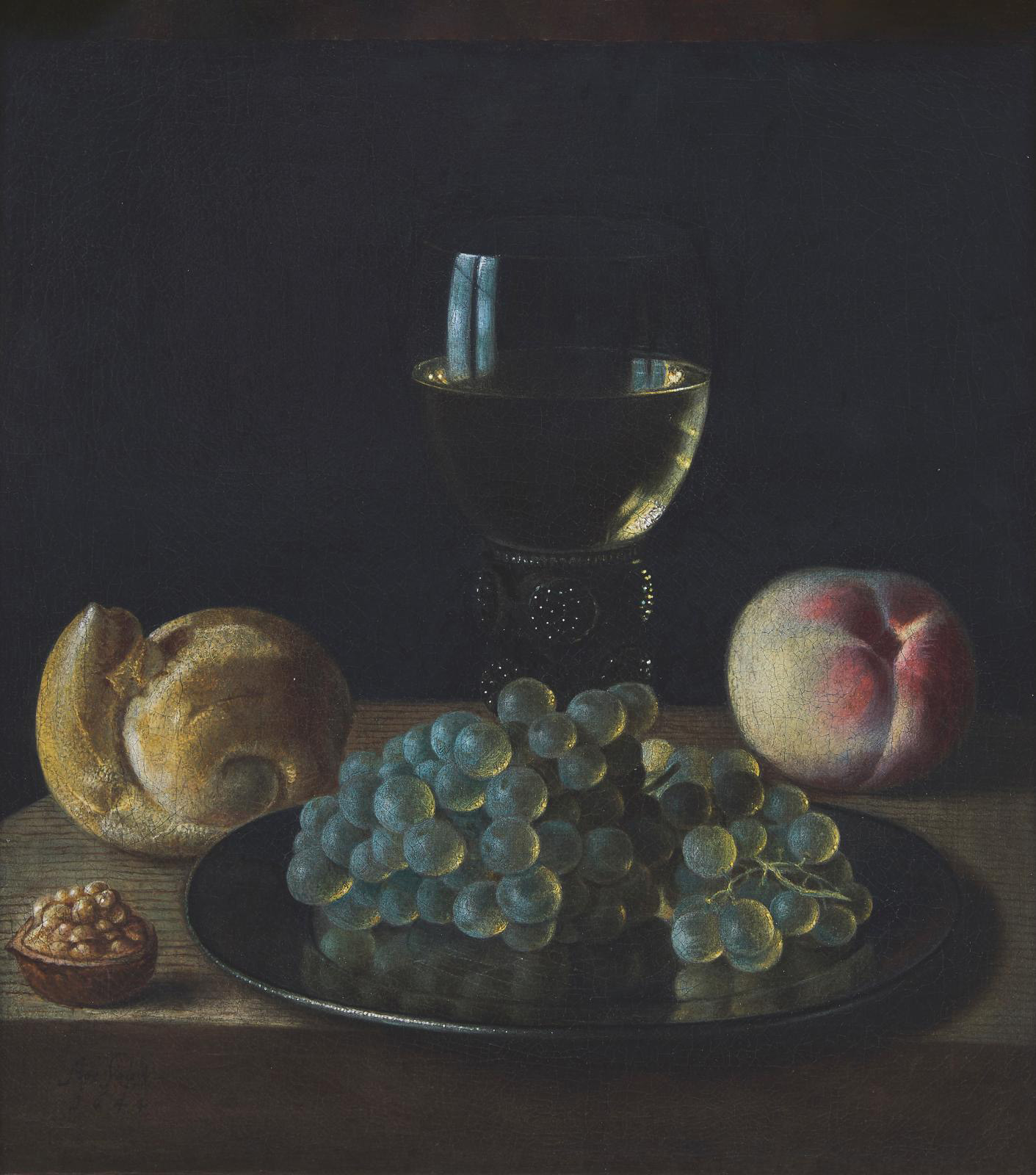 The walnuts and grapes in the great Sébastien Stoskopff still life, with a rye beer on a table, look good enough to eat. Featured on the cover of La Gazette 26, the painting boasts an impeccable provenance: it was once in the Jean-Jacques Lebel Collection and since 1959 has been loaned for many exhibitions from Münster to Paris and Strasbourg. Dated 1644, the peaceful work sold for €186,000, surpassing the €102,280 it fetched at Drouot on December 17, 2004 (Piasa, no. 64). Stoskopff painted it late in his career after returning to his native city, Strasbourg, about 1640-1641 on the invitation of Count Johannes de Nassau-Idstein.

Jean-Louis Prévost’s Vase de fleurs et fruits sur un entablement (Vase of Flowers and Fruits on an Entablature) and Fruits et fleurs sur un entablement (Fruits and Flowers on an Entablature) show a different approach to the still life genre. The pair of signed and dated oval gouaches (61 x 48 cm/24.01 x 18.90 in) sold for €29,760. The latter was exhibited at the 1799 Salon as number 264.

In contrast to these muted works, the exuberantly colorful modern double portrait entitled Two Friends in Capri fetched €130,200 (see photo), 13 times its high estimate of €10,000. The oil on canvas (65 x 54 cm/25.59 x 21.26 in) by Danish painter Gerda Wegener set a world record for the artist (source: Artnet). The work is unique: it may depict painter Einar Wegener dressed as a woman with his arm around his wife. In 1930, Einar officially became Lili Elbe, the first transgender woman in history, who later died of complications from a uterus transplant. A c.1960 painting by Charles Camoin, Nu de dos appuyé sur un arbre (Nude From Behind Leaning on a Tree, 47 x 27 cm/18.50 x 10.63 in), obtained €11,408. It came with a certificate from Charlotte Camoin, the artist's wife, dated April 2, 1979.