The Modernity of Henri Rousseau’s Bouquet

All eyes were on the naïve painter’s pleasingly composed bouquet of flowers. 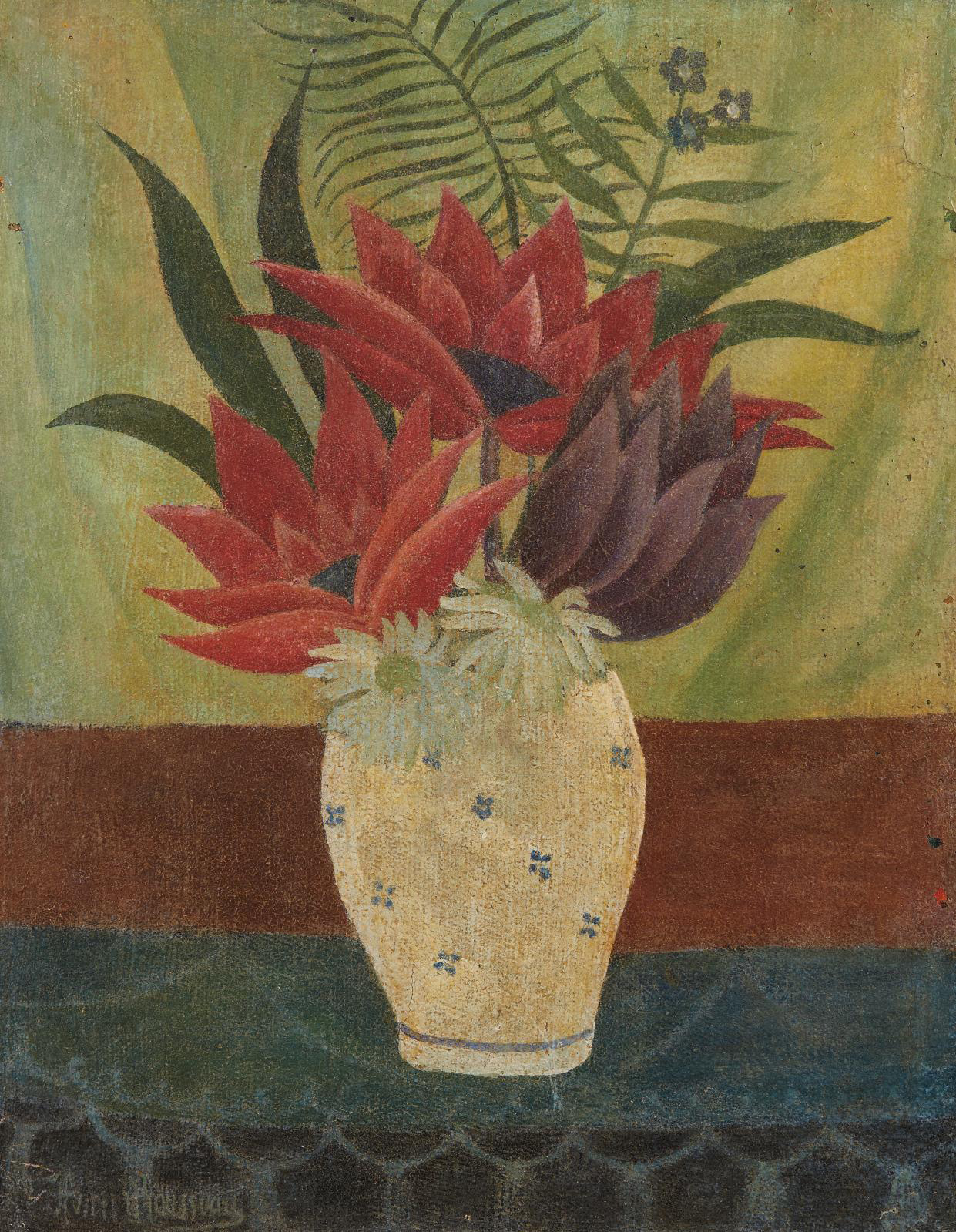 Vase de fleurs (Vase of Flowers) by Henri Rousseau, better known as the Douanier Rousseau, fetched €141,680, four times its estimate. The still life proves that he was interested in more than just landscapes. In autumn 2019, the Maillol Museum (Paris) held another exhibition of works by painters too easily called naive. "From Douanier Rousseau to Séraphine: the Great Naïve Masters” recalled that the work of these totally self-taught artists often echoed the historical and aesthetic upheavals of their time.

DESSINS - TABLEAUX - OBJETS D'ART & D'AMEUBLEMENT
Nouvelle Etude
Info and sales conditions
Catalogue
Salerooms
Newsfeed
See all news
Rubell Museum to Expand with Second Collection in Washington D.C.
Ancient Ceremonial Artifacts Found at Egypt’s Temple of the Pharaohs
The Villa Albertine Opens in New York
Colnaghi Gallery Prolongs Exhibition Exploring Connections between Spanish Art and the New World
Not to be missed
Lots sold
From the Living Room to the Bedroom: Cannes-Style El…
The sale of the entire stock of furniture from a château in the…
Lots sold
The Art of Fin-de-Siècle Jewelry
In Lyon, two imposing necklaces conjured up the balls and evening…
Lots sold
Impressive Dutch Style Marquetry and an 18th-Century…
In Lorraine, the contents of a very fine residence set off to new…
Lots sold
Valtat: The Virtuoso of Color
The painter, famous for his vivid landscapes, was celebrated through…