From the Sahara to a Dreamlike India, with Jouve and Maire

An invitation to faraway journeys was illustrated by the magnificent palettes of two traveling artists. 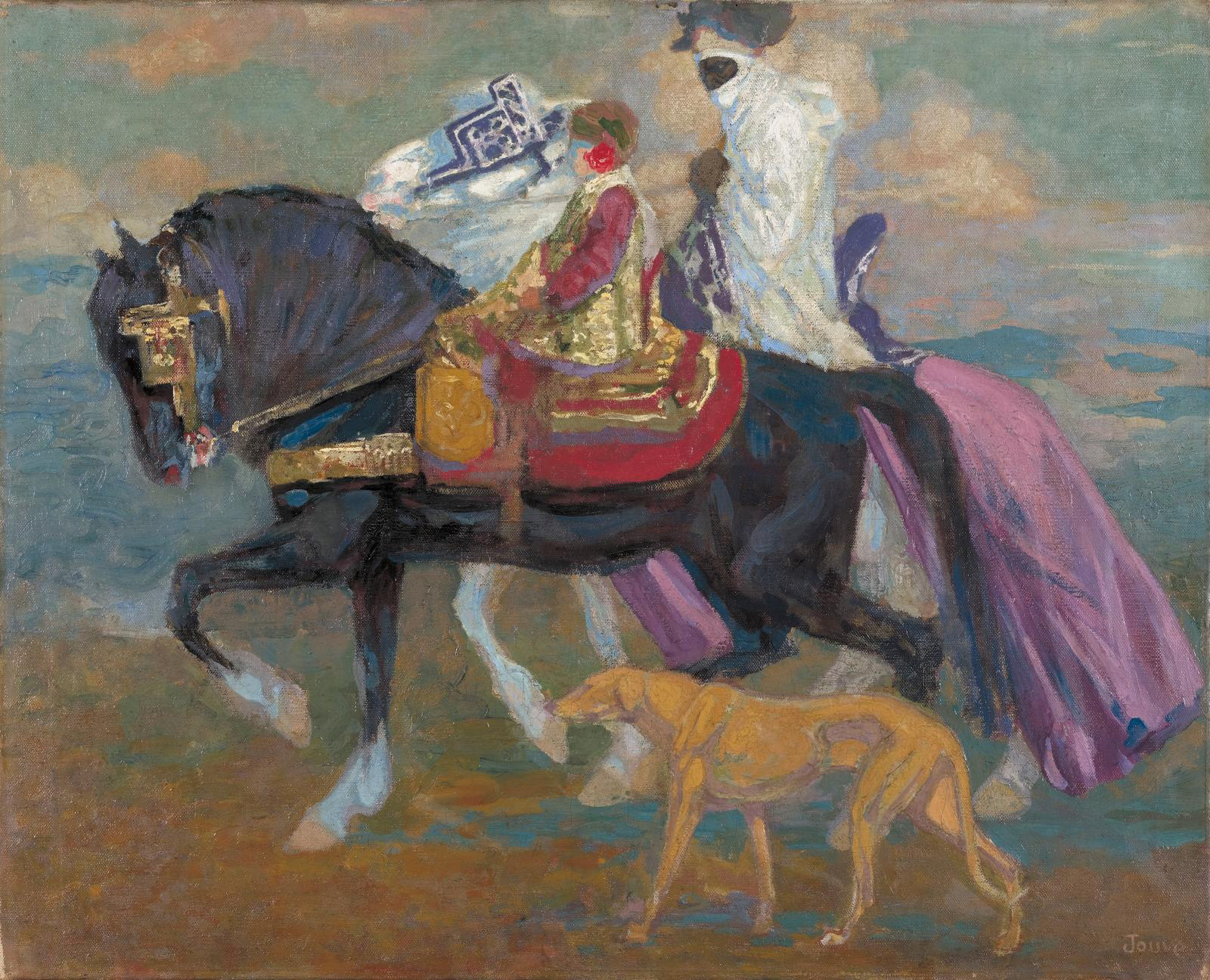 An atypical work in Paul Jouve's corpus, this decidedly dreamy vision of a Little Girl on Horseback Accompanied by a Targui Horseman and a Dog garnered €25,000. The richly colored painting full of vibrant mauves and violets dates from around 1908, and until now had remained in the family of Charles Jonnart, the governor of Algeria. He bought it while the painter was staying at the Villa Abd-el-Tif in Algiers, the "Algerian Villa Medici" set up in an old residence built by a Turkish dignitary on the heights of the white city. As Christine Peltre notes in her book Les Orientalistes (Hazan, 1997) about Jouve: "This was a decisive period for him, when his vocation as an animal painter really developed in Algeria." Another admirer of a more authentic life was André Maire, who traveled throughout distant Asia, particularly India and Indochina, and returned with similarly dreamlike scenes. One such painting, Elephants Walking Through a Ruined Asian Temple, oil on panel signed and dated "1937" on the bottom right (54 x 45 cm/21.2 x 17.7 in), is a monumental composition with a powerful low angle view. This vision in browns and grays inspired a bidding battle up to €10,000. 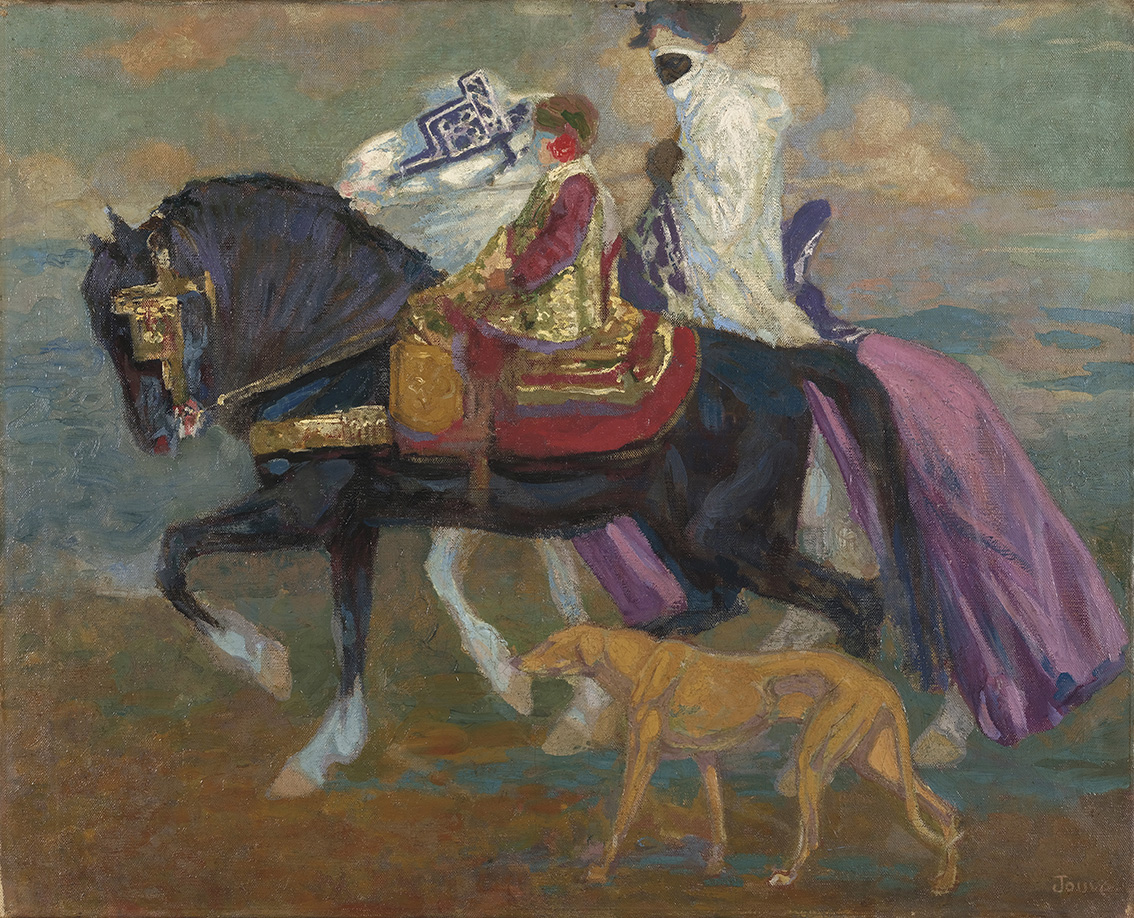 This painting, which has been lovingly kept in the family of Charles Jonnart, a governor in Algeria, for over a century, illustrates a little-known chapter in the animal painter’s career.

Newsfeed
See all news
Museum of Fine Arts of Seville Acquires Luisa Roldán Sculpture
Biden Revokes Trump Executive Order Regulating Architecture
Philadelphia Museum Inaugurates New Galleries with Major Exhibitions of Local Art
Arts & Recreation Employment Has Plummeted by 66% in New York City
Not to be missed
Lots sold
A Double Victory for the Mercedes "Pagoda" in Vannes…
Cars that have always been highly coveted, from two "Pagodas" to…
Lots sold
Sarah Moon, Atmospheric Photographer
Sarah Moon plays with strangeness to express beauty. This photograph…
Lots sold
Assyrian Statue Takes the Lioness’s Share
The motto "So Unic" made a strong impression with this beast carved…
Lots sold
Caesar of the Antonine Dynasty
A faun was expected, but it was a Roman emperor who reached Olympic…