The powerful presence of a two-sided portrait by Francis Picabia (1879-1953), female models of modern art and Flemish flowers were this sale’s highlights. 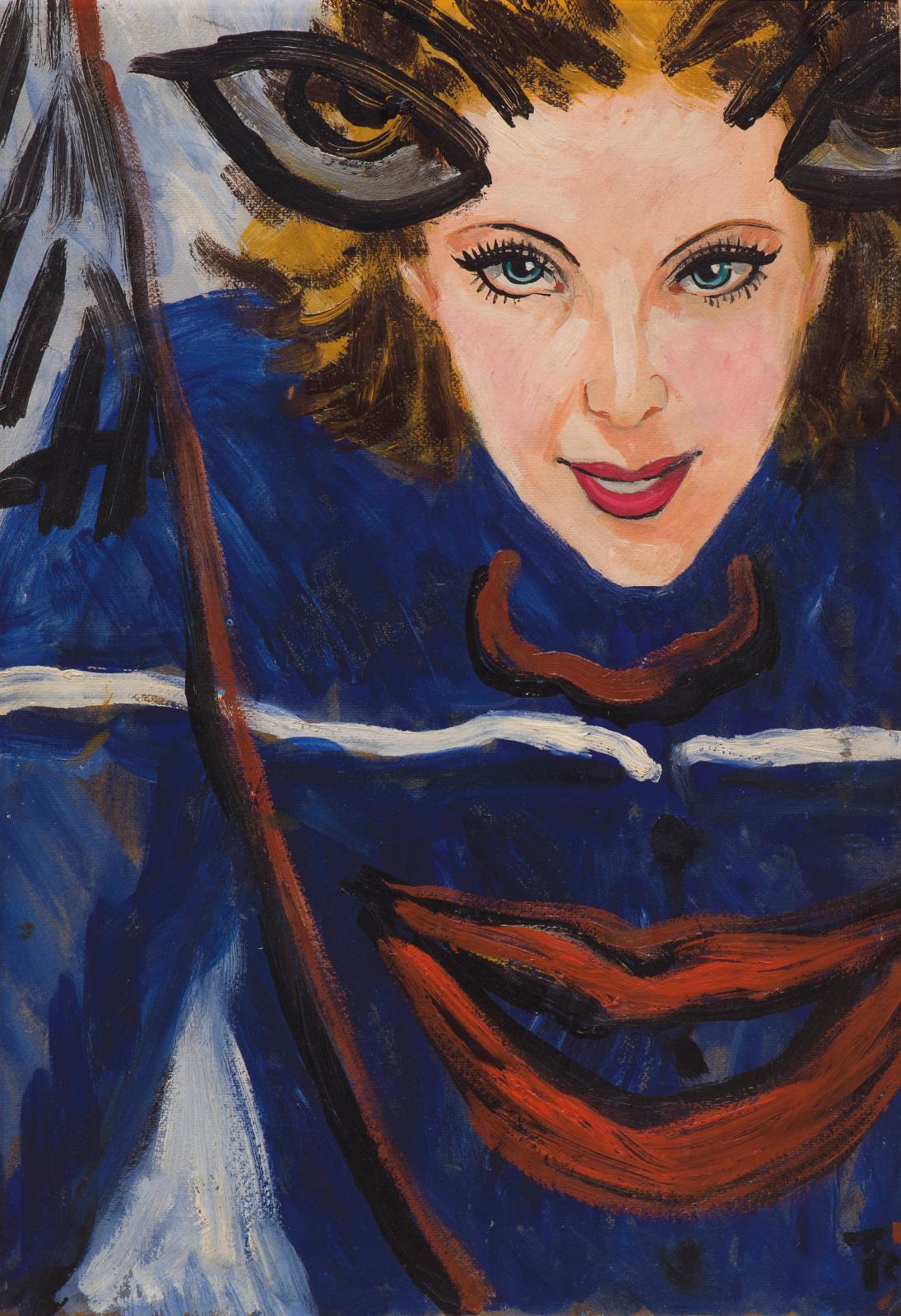 According to family tradition, the 'transparency' painting entitled Portrait de femme et visage superposé (Portrait of a Woman and Superimposed Face), executed on the front of this oil on cardboard with a woman's portrait on the back, is the likeness of Gala, Salvador Dalí's muse. Born in Kazan, Russia on September 7, 1894, she married Paul Éluard and took painter Max Ernst as a lover. In 1929 she and the Catalan Surrealist fell in love at first sight: they got married and remained together until Gala’s death 53 years later. When Picabia made this painting in 1938–1939, she was an independent young woman of character, as expressed in this oil on cardboard painting, which fetched €331,760. This result and presence make the tradition very likely true, especially since, although Picabia did not really belong to the Surrealist movement, he was close to it and participated in many of their exhibitions.

Coming from a completely different world, Jan Frans Van Dael’s Bouquet of Flowers in a Clay Plot on a Shelf sold for €261,580 (93 x 75.5 cm/36.61 x 29.72 in). Born in Antwerp, Van Dael, the most Parisian of Flemish masters, painted a profusion of flowers. in 1787 he moved to Paris and exhibited at all the Salons from 1793 to 1833. With Dutchman Cornelis Van Spaendonck (1756–1839), Van Dael is rightly deemed one of the greatest painters of flowers in Paris during the first half of the 19th century. The auction ended with Léonard Tsuguharu Foujita’s 1950 oil on canvas Portrait imaginaire (Imaginary Portrait). With artistry that perfectly illustrates his gift for line, the painting, almost a miniature (27 x 22 cm/10.63 x 8.66 in), fetched €133,980.

Tableaux et dessins anciens - Tableaux et dessins modernes et contemporains - Porcelaines et céramiques - Art d’Asie - Mobilier et objets d’art, Or de bourse - Bibliophilie
Christophe Joron Derem
Info and sales conditions
Catalogue
Salerooms
Newsfeed
See all news
Gallerie dell'Accademia in Venice Expands with a Focus on the 17th and 18th Centuries
Nominees Named for 2021 Prix Marcel Duchamp
American Artist Rick Lowe to be Represented by Gagosian
K-Pop Group BTS Present the Met with Gift on Behalf of South Korean Government
Not to be missed
Lots sold
From the Living Room to the Bedroom: Cannes-Style El…
The sale of the entire stock of furniture from a château in the…
Lots sold
The Art of Fin-de-Siècle Jewelry
In Lyon, two imposing necklaces conjured up the balls and evening…
Lots sold
Impressive Dutch Style Marquetry and an 18th-Century…
In Lorraine, the contents of a very fine residence set off to new…
Lots sold
Valtat: The Virtuoso of Color
The painter, famous for his vivid landscapes, was celebrated through…