The unclassifiable artist explored several roads before tending towards painting bordering on hyperrealism. 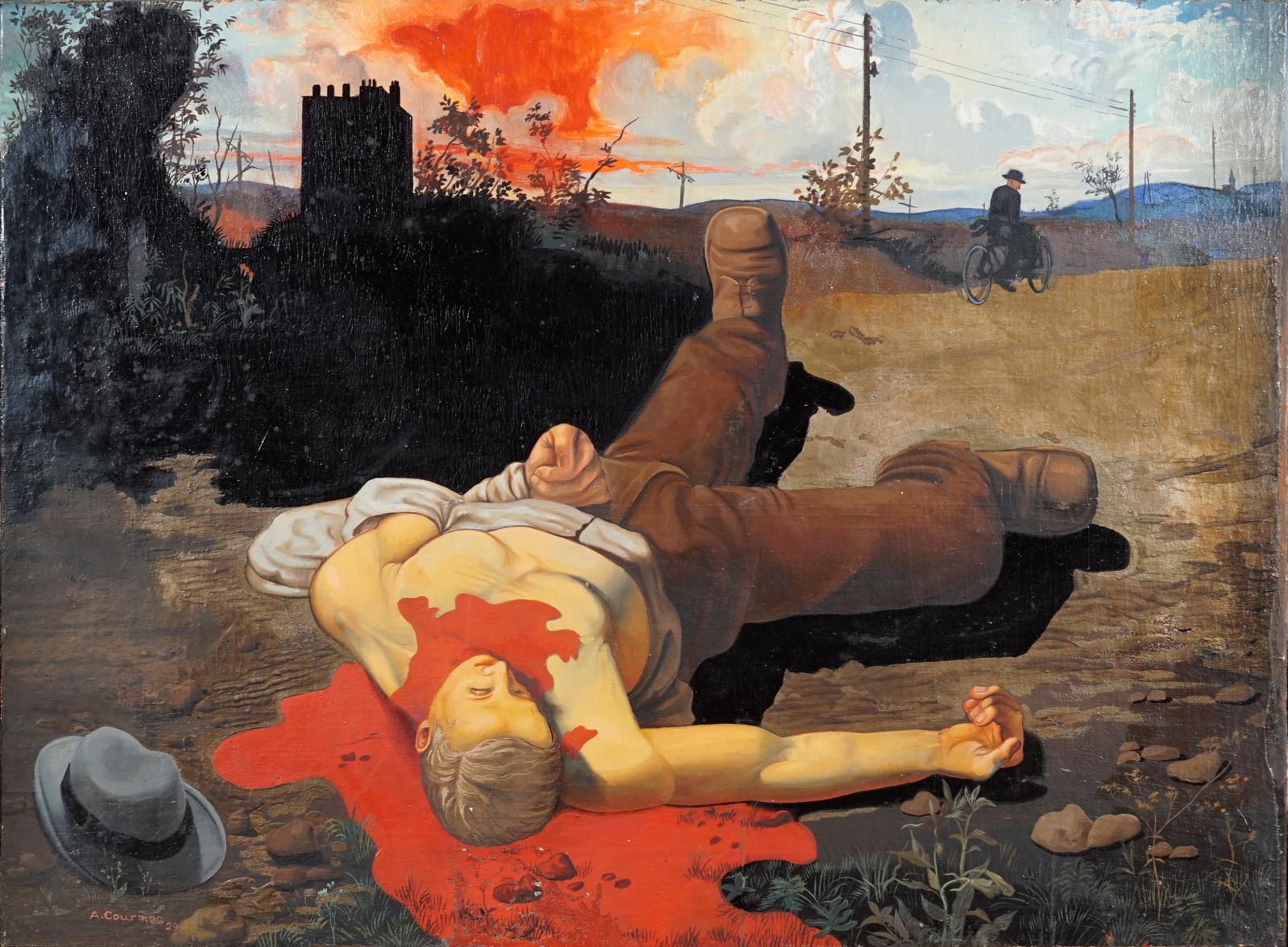 The 1929 stock market crash ushered in a period addressed by several artists in paintings and photographs that still resonate powerfully today. One of them was Alfred Courmes (1898-1993), whose work is now represented by the Parisian gallery Loevenbruck. Five paintings by this unclassifiable artist were part of the sale, including Autoportrait du peintre dans son atelier à Colonne avec Œdipe aveugle et Antigone (Self-portrait of the Painter in His Studio at Colonne with the Blind Oedipus and Antigone), which fetched €18,125. L’Homme blessé (The Wounded Man), an oil on canvas marouflaged on wood imbued with primitivism and an impressive realism that was fitting for those tragic times, dated 1929, achieved the highest bid and the second-highest price ever paid for a work by the artist: €56,250 (source: Artnet). It depicts the parable of the Good Samaritan. In his Gospel, Saint Luke relates the story told by Jesus of a man who was attacked by bandits and left for dead by the wayside. A priest passing by did not stop because he was on his way to officiate at the temple, but a Samaritan, considered unholy, proved compassionate. Henceforth, Courmes’s work would be tinged with magical realism.