A Flemish Painting, a Screen by Tich Chu, Prud'hon and Leleu Shine at Auction

Works as varied as a Flemish painting, a Vietnamese folding screen and a drawing by Prud'hon fetched good prices at this sale in Corbas, near Lyon. 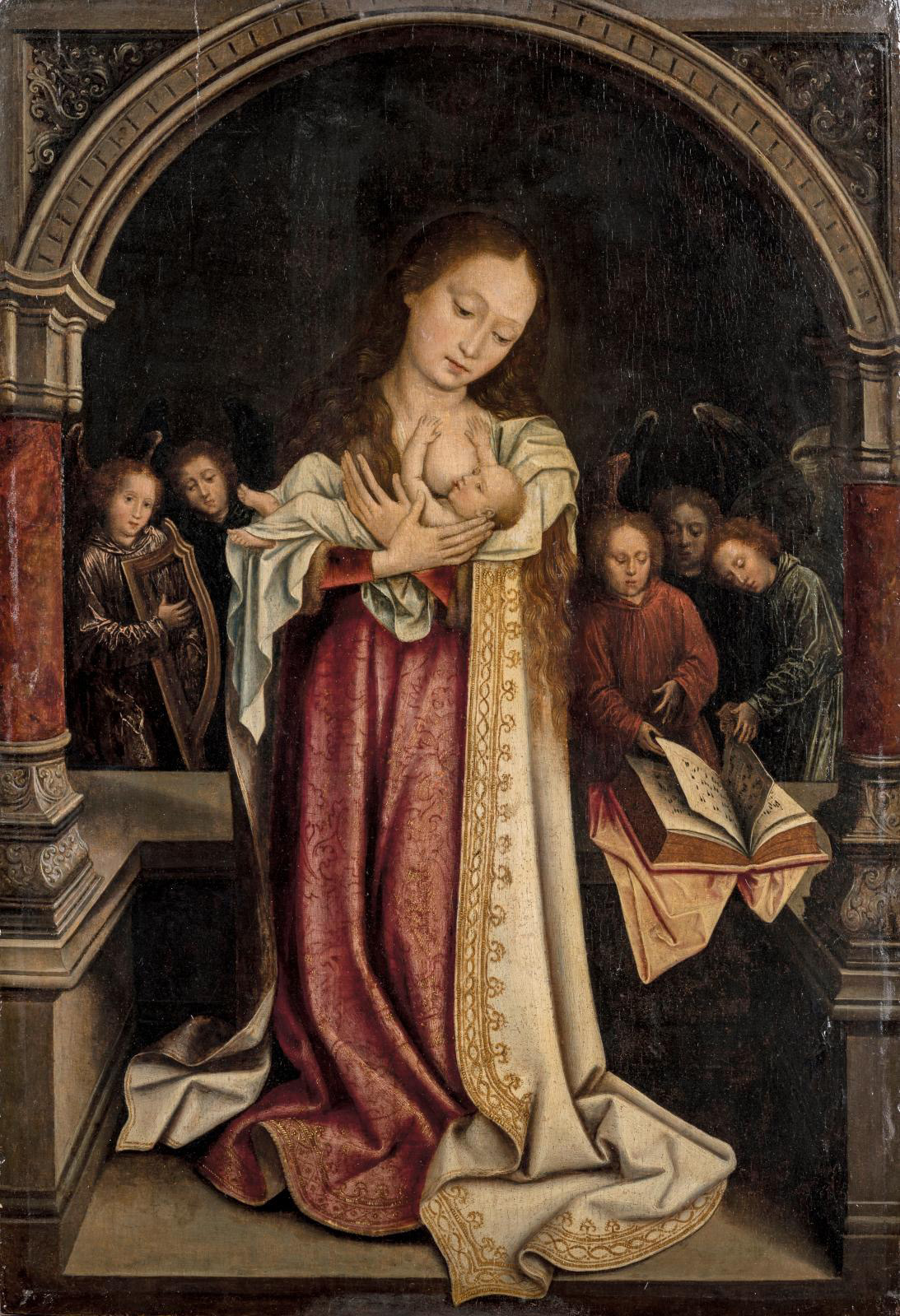 The auction brought in a total of €1,119,705, with the highest bid going to a painting on oak panel attributed to Pieter I Claeissins, aka Claeissins the Elder. His Virgin and Child Surrounded by Angel Musicians fetched €187,800, shattering its high estimate of €20,000. The Flemish artist, who in 1530 was admitted as Master in Bruges, painted many religious scenes (including a famous Resurrection for his hometown’s Saint-Sauveur Cathedral) as well as portraits.

The next lot quickly shifted to Asia with a folding screen featuring a Vietnamese Landscape with a View of Chua Thay Pagoda painted by Hoang Tich Chu in 1941—the same year that the artist, freshly out of Hanoi’s Indochina School of Fine Arts, opened his studio. With its high-angle view of an impressive panoramic scene, the screen fetched €176,532.

The last six-figure bid went to a characteristic work by Pierre-Paul Prud'hon: a Study of Marguerite, one of his favorite models. Here he drew the delicate female nude in black chalk with white highlights on blue paper (24.5 x 17.5 cm/9.7 x 6.9 in). The work, which has had several prestigious owners, including Charles Boulanger de Boisfremont and Pierre Jourdan, sold for €114,280.