The Allure of Paul Jouve’s Tigers

A major artist during the Art Deco period, the painter of animals made the tiger the king of his realm. 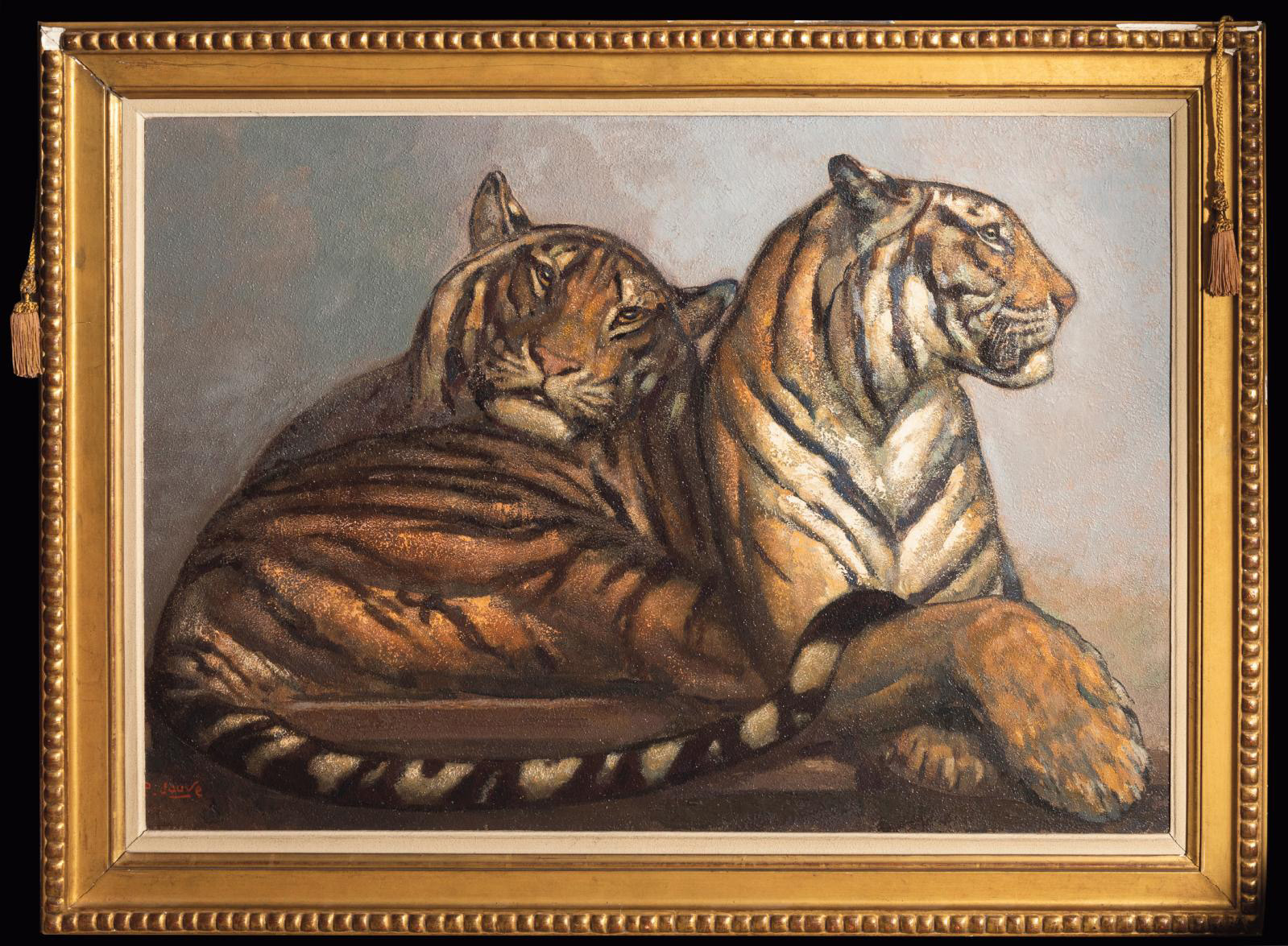 Around 10 telephone bidders vied for this panel by Paul Jouve, which was expected to fetch €30,000 at most. In the end, a German collector acquired it for €100,464. Deux tigres couchés (Two Lying Tigers) is emblematic of the artist’s work. The tight framing and neutral background against which the beasts stand out, heighten their sculptural presence. A quiet power emerges from their massive bodies, whose stylized volumes are underscored by the lines of their coats. Their bearing may be haughty, but their paws are nonchalantly crossed and their majesty does not rule out tenderness: one of the beasts cuddles up against the other and curls its tail around its paw.