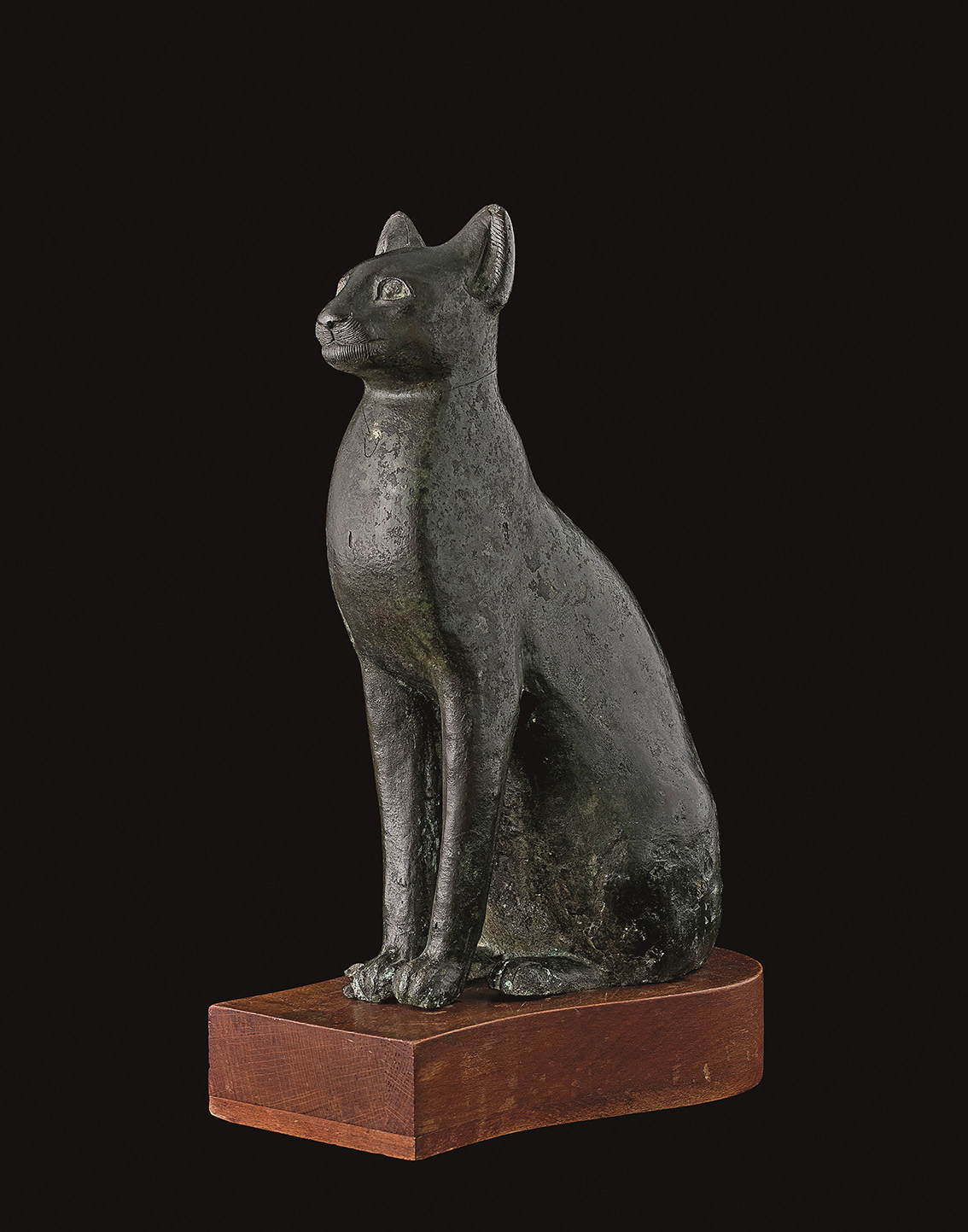 Endowed with many qualities, a statuette of the goddess Bastet in cat form, carved in the saite or Late Period, i.e. between the 26th and 20th dynasties, sparked a fierce bidding war, eventually clawing its way up to €445,692. This was the top price at the estate sale of Sylvia Wildenstein (1933-2010), who was married to Daniel, a leading art dealer who died in 2001.

There were no important paintings, but a fine group of objets d'art and furniture reflecting the couple’s taste for grand style and beautiful periods netted a total amount of €1,128,126.

A set of six Louis XV gilt beech flat-backed armchairs à chassis sold for €34,284. Two of them are stamped Tillard—but which one, father or son? Jean-Baptiste I and II—the former was admitted as a master to the craftsmen’s guild in 1717, the second in 1752—used the same signature, and the son worked in the same vein as his father, so it is hard to tell them apart. However, the question did not seem to deter bidders.

Someone in the circle of Corneille Van Clève (1645-1732) certainly sculpted the bronze statuette with a medallion patina of a scantily clad Flora handing roses to Cupid (h. 35.5 cm, 13 in). The piece, as elegant as its owner, fetched €33,141. An 18th-century pair of pugs (h. 13.5 cm, 5 in) in Meissen porcelain, wearing collars with bells, sold for €23,427. Meanwhile, a gouache by Desmond Charles Tallon (b. 1950), drawn on several program sheets of the fifth Prix de l'Arc de Triomphe race, depicting Sylvia Wildenstein and jockey Olivier Peslier in the left corner, passed the finish line at €14,280, recalling the family’s passion for the legendary prize, twice won by one of their horses. 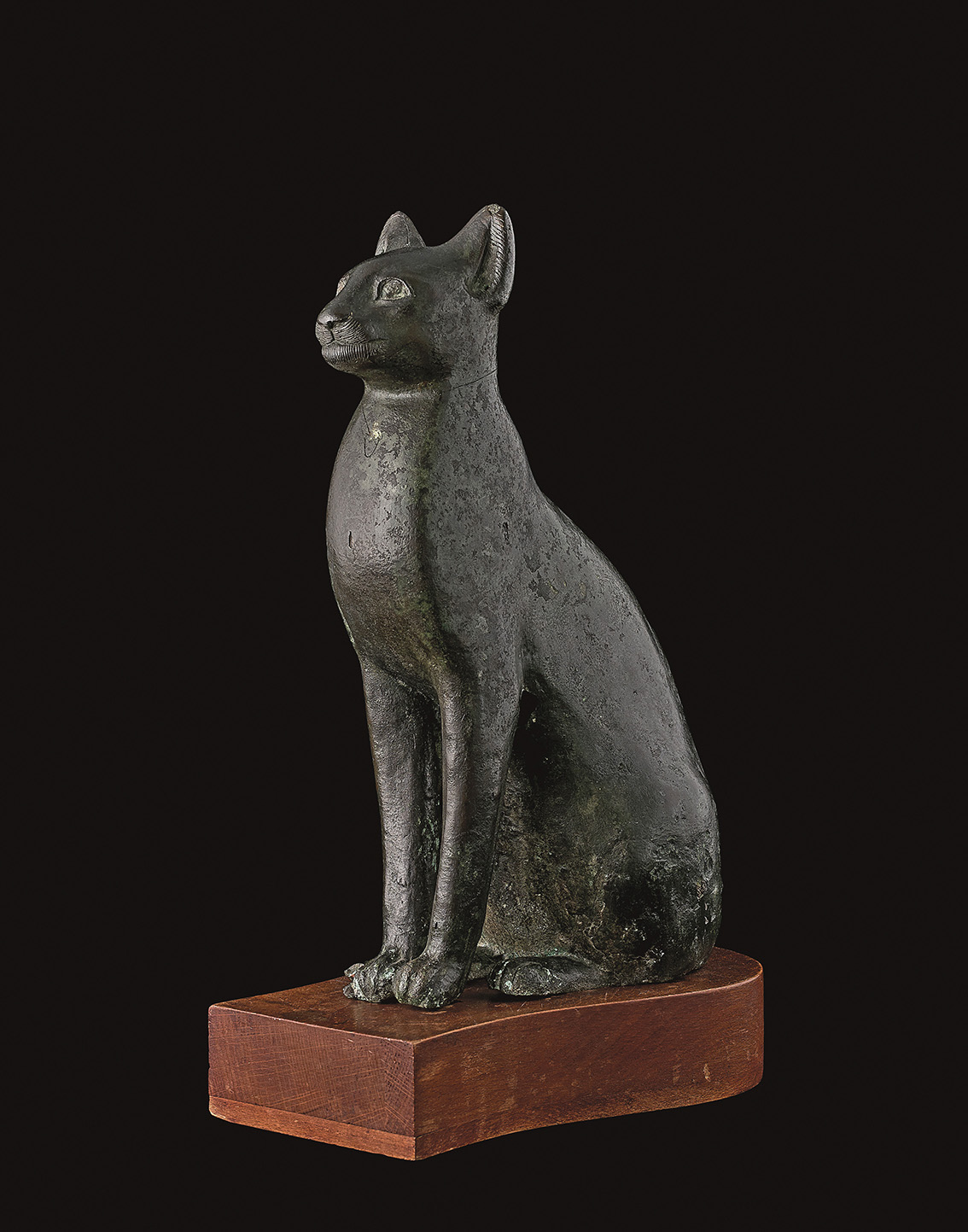 Newsfeed
See all news
Director-General of UNESCO Audrey Azoulay Calls to Save Ancient Ruins of Carthage
A Vandalized Portrait of Napoleon III Goes Under Restoration in Toulouse
Calling all Architects: A Competition for 19 "Follies" in Neuilly-sur-Seine
An Exhibition puts Enameled Glass in the spotlight at the Château d'Ecouen
Not to be missed
Lots sold
Redon and Soulages: A Marriage for the Better
Two artists and prophets of their time, one was collected by Louis-Charles…
Lots sold
A Floral Triumph for Jean-Baptiste Monnoyer
Early painting blossomed, led by Jean-Baptiste Monnoyer (1636-1699)…
Lots sold
A Brazilian Still Life by Alberto da Veiga Guignard
Alberto da Veiga Guignard and Henri-Edmond Cross were the front…
Lots sold
The Wings and Legs of Art Nouveau
The alliance of Georges Fouquet and Alfons Mucha produced a piece…