The Guerlain Estate: Spotlight on Leonor Fini and Modern Sculpture

The collector's choices, ranging from the surreal baroque of Leonor Fini's paintings to powerful 20th century sculptures, were roundly acclaimed.

The sale of the collection assembled by Sylvie Guerlain (1943-2020) made a total of €771,145, with high scores for sculpture. A work by Joseph Csaky took pole position at €120,274, while two of his colleagues also stood out, both of them from the 20th century and influenced by the work of Constantin Brancusi: English sculptor Henry Moore and his hand-to-hand struggle with the stone block (Reclining Figure, n° 5, sold €75,962) and the Scotsman William Turnbull (photo below) with his organic forms bordering on abstraction.

The collector's other passion was the Franco-Argentine painter Leonor Fini. No fewer than 13 of her works were on offer here—in this instance, a lucky number. L'Élue de la nuit (The Chosen One of the Night), with its prophetic title, received a tribute of €56,972. The same went for Mandrillia/Madrilia (78.7 x 24.2 cm/31 x 9.5 in), a painting from 1959-1960, and La Minaccia (The Threat) (60 x 92 cm/23.6 x 36.2 in), from 1960. Stateless People received a welcome at €53,174 and the 1993 Arrival of Tiberius (46 x 65 cm/18.1 x 25.6 in) garnered €17,725. Leonor Fini was a meteor in 20th-century painting: a figure with a difference, to say the least, who had links with Surrealism but followed a totally independent path, making good use of her subversive power and femininity. Her refusal to be officially attached to any art movement reflected a desire for freedom ingrained in her from early childhood. 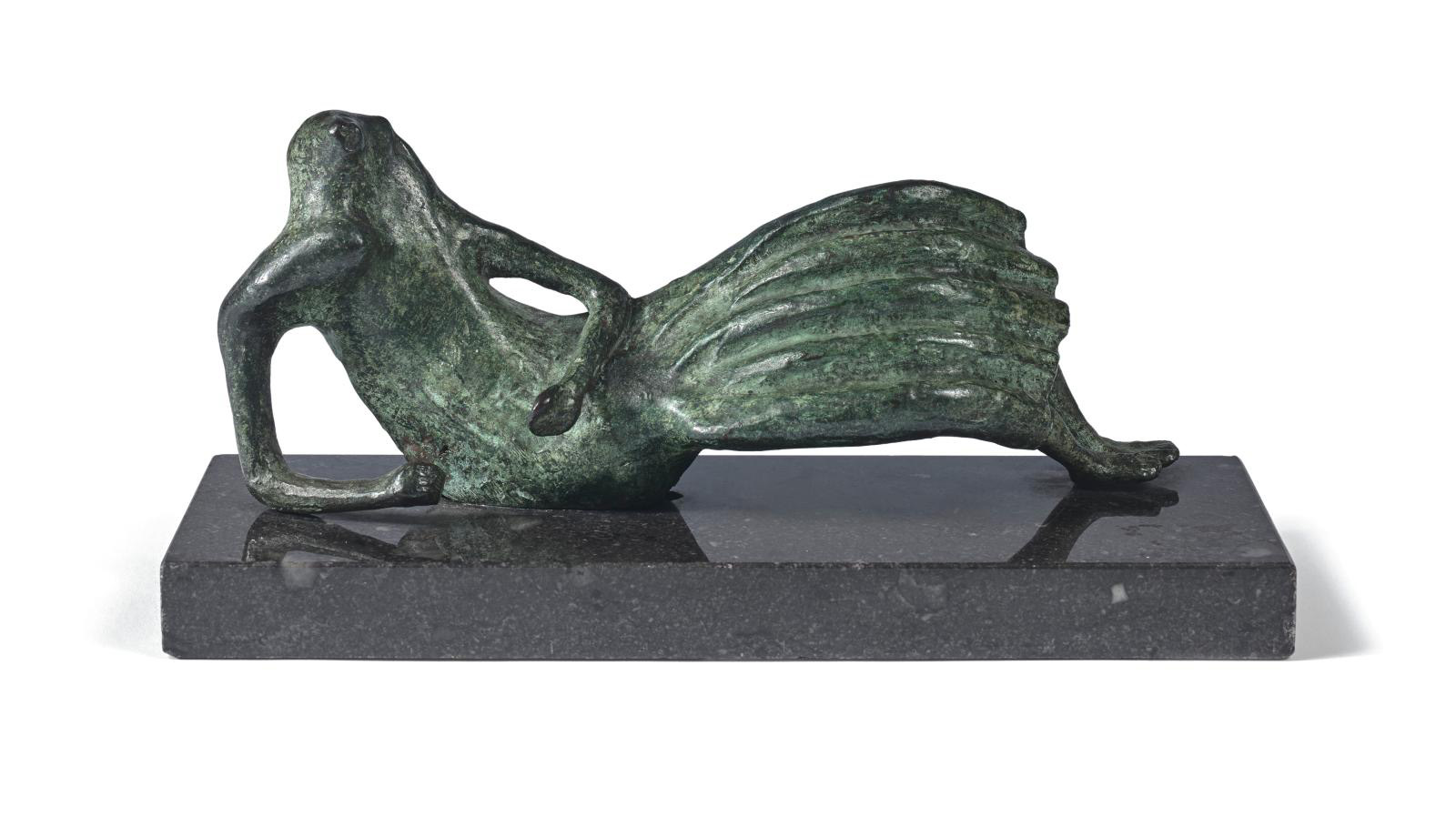 About a hundred lots are going to auction, with Henry Moore, Leonor Fini and Wifredo Lam leading the field.