The Beauties and Their Illustrator

René Gruau marked a style and drew the lines of an era. Nearly two hundred of his fashion and advertising creations were a decided hit when they came on sale. 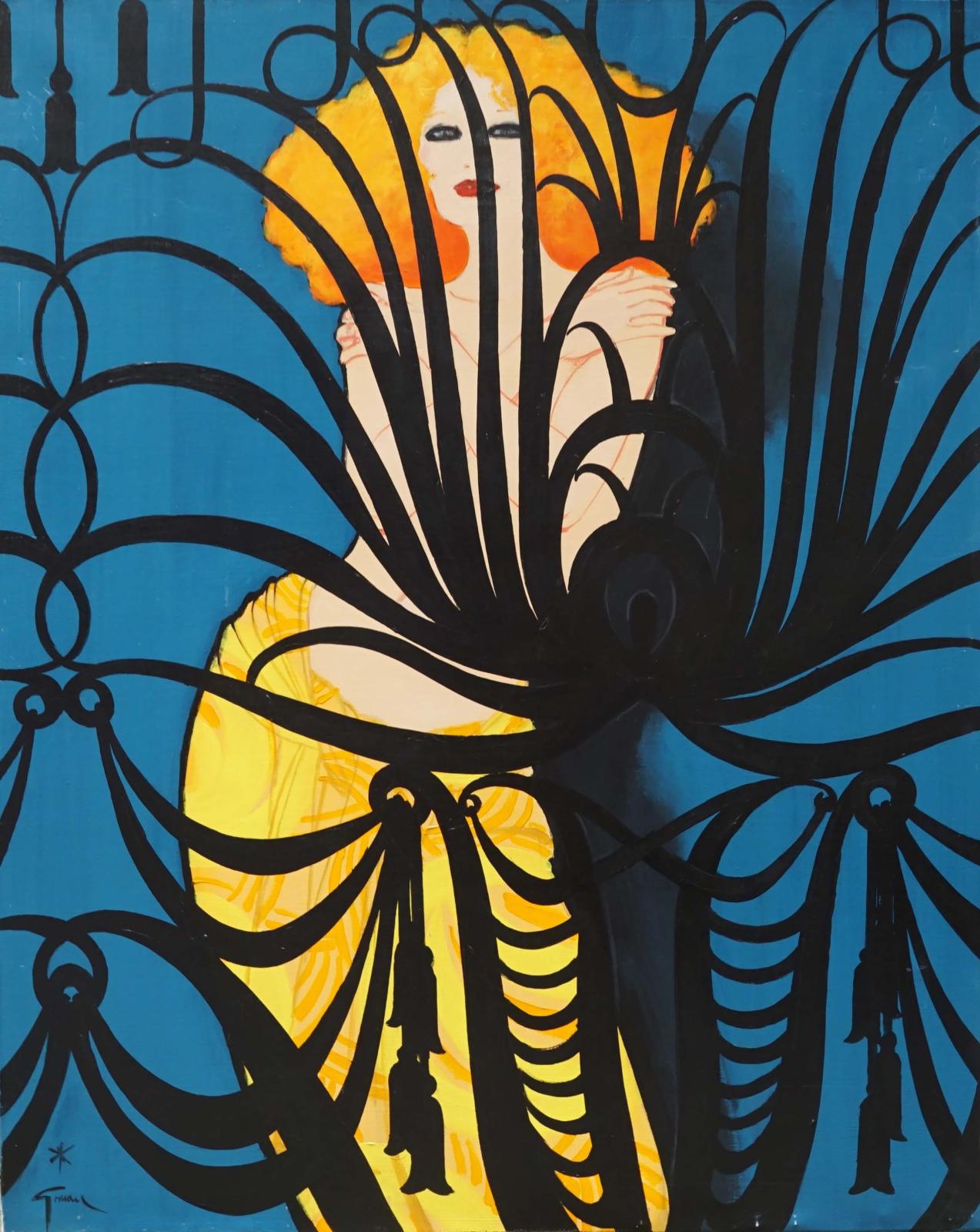 The sale of nearly two hundred works on paper, mainly by René Gruau (1909-2004), ended with a grand total of €494,738. The hammer fell on many bids of several thousand euros when only a few hundred were expected. Success thus crowned this group (which had remained within a circle of friends) illustrating the truly liberated approach of a seemingly irresistible artist. The ink of Rouge baiser (Red Kiss), reproduced here, was the piece that attracted the most attention at €11,250, while the six others in this iconic series dating from 1949 on fetched between €2,750 and €9,125. They encapsulated Gruau's style, it must be said, with their contrasting white paper and black ink, and their touch of lively colour. This oil of a Femme à la chevelure rousse, a red-haired woman whose sensual curves can be made out beneath the interlacing lines, came hard on its heels at €11,000. This was one of the few paintings in the group.