Yielding to no one, the two goats of the fable moved towards success beneath a crescent moon. 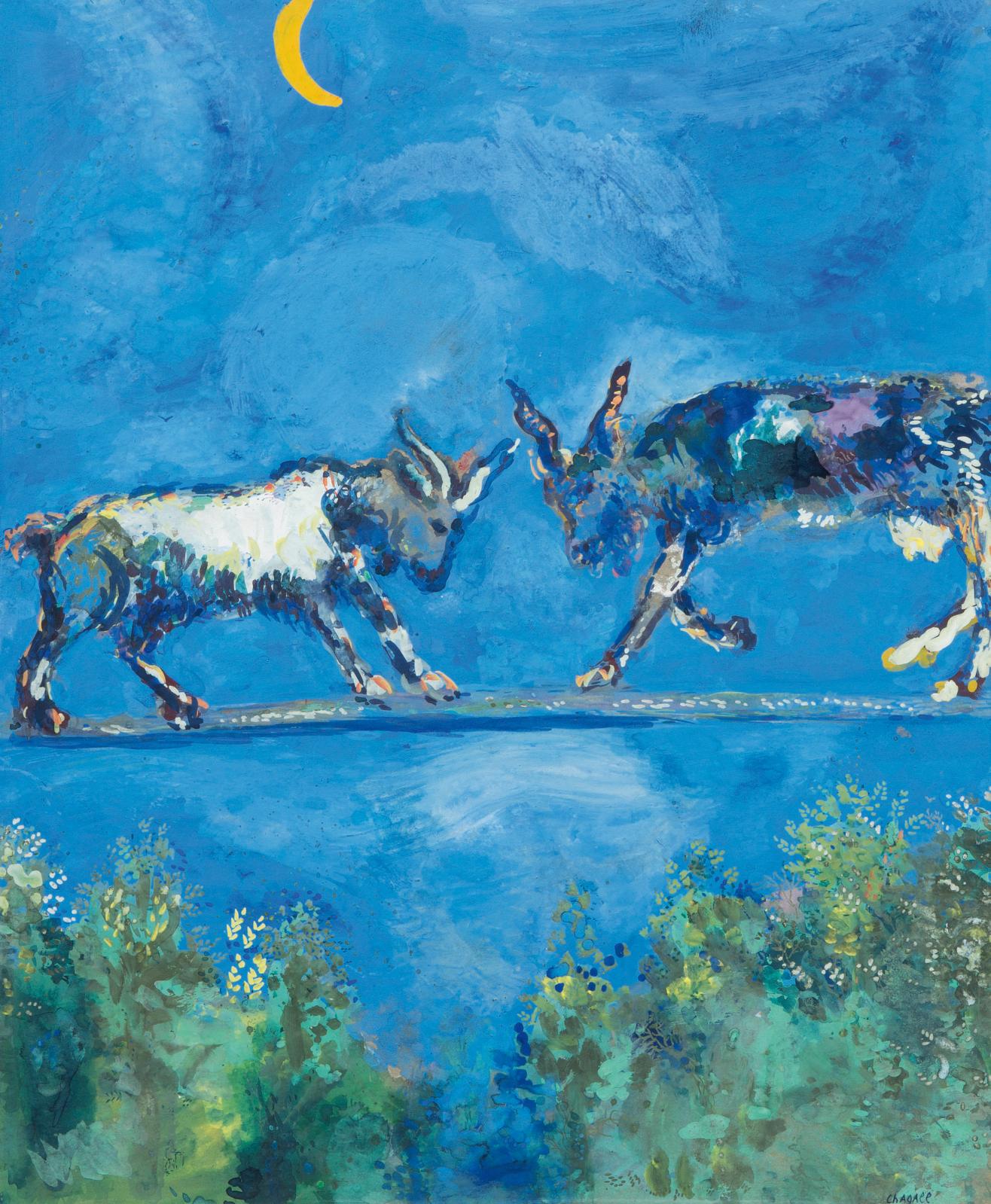 Unintentionally, Marc Chagall sidestepped Jean de La Fontaine's moral lesson. For in the fable "The Two Goats", published in February 1691 in Le Mercure Galant, the herbivores find themselves face to face on a bridge consisting of a narrow plank. As neither ("both being very proud") would give way to the other, "a common fall involved them both". But here, painted in gouache against a blue sky lit up by the crescent moon so dear to the imaginative master, they walked together towards resounding success at €510,400, and this time the "emancipated spirit" that "made them seek their fortunes" led to a happy end. The work's many assets – including its recent rediscovery – ensured this fine result. Marc Chagall, who arrived in Paris in 1910, filled it with affection for his host country, immersing himself completely in Ambroise Vollard's commission for illustrating the Fables, though without forgetting his Russian roots and tales of his childhood, which also find the odd echo... Modern art was clearly set on a golden road, as Pierre Bonnard's Rue à Paris, painted in around 1896, moved at a measured pace all the way up to €178,640.