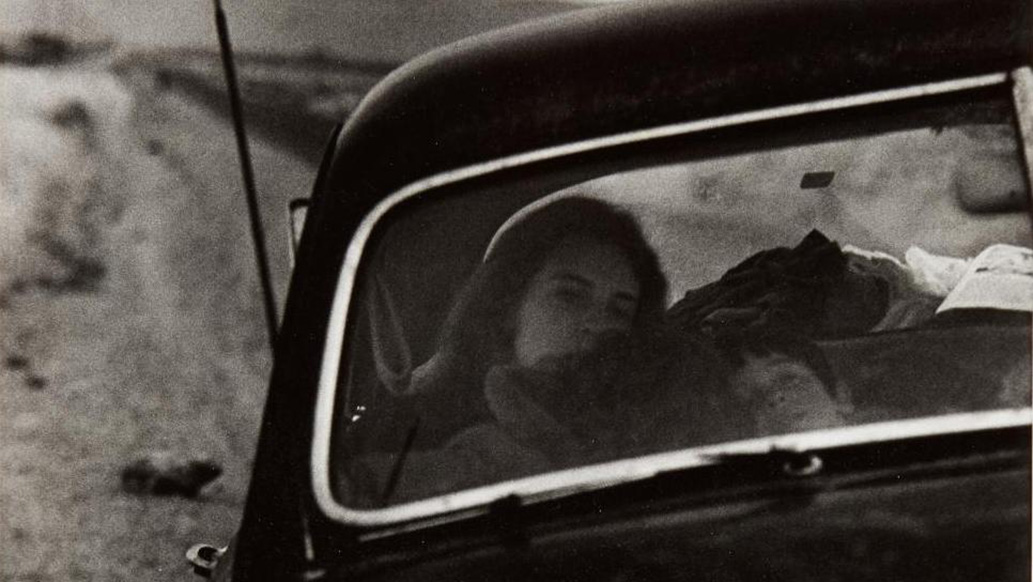 This 1955 photograph is an icon. It is the last image in the book The Americans by Robert Frank (b. 1924), published in 1958, which contains pictures he took throughout his trip across the US. This one, a silver halide print of 1980 (thus produced later), ended its journey at €91,347: the highest price in a collection assembled by an American woman in the 1980s. With the publication of the book, this young Swiss-born talent became one of the most important protagonists of street photography. His project for a "visual study of a civilisation" was financed by a Guggenheim fellowship. A nine-month tour produced some twenty-eight thousand photos, of which eighty-four were chosen for the book. To quote the catalogue published by the Jeu de Paume, in Paris, to celebrate the book's fiftieth anniversary, "These places and faces captured on the move are often hazy, the compositions sometimes off-centre, as if the speed of the action allowed the gaze only to fleetingly scan its subject."