The gates of early photography are wide open 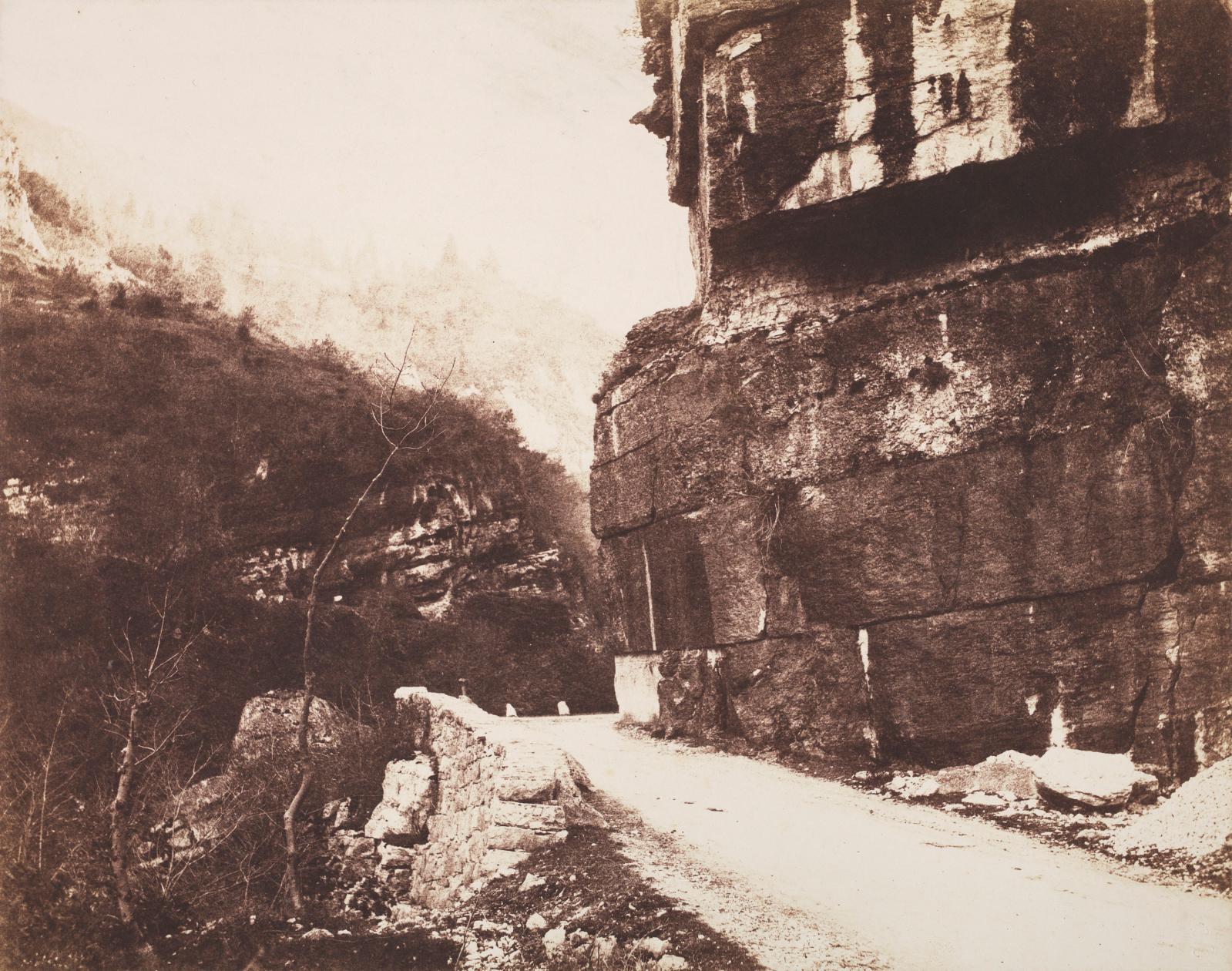 Although his name sounds familiar to very few people except those who esteem trailblazers, Bérenger was part of Gustave Le Gray's circle. A winter 2012 show at the Petit Palais in Paris showed the modernity of a master and his students who, breaking with Beaux-Arts teaching, came up with a new aesthetic. One of them overtook his mentor. A print of Fontainebleau Forest did not sell, but Bérenger’s Portes de Sassenage (Sassenage Gates), an 1853 print from a paper negative, fetched €30,720. His path was atypical: a marquis and politician, his career ended with the fall of the July Monarchy and he withdrew to his estate at Sassenage near Grenoble, where he devoted himself to photography. Around 1853, he photographed his castle, its grounds and the surrounding landscape. The captivating lines of construction, mastery of contrasts between shadow and light and quality of the prints prove he had thoroughly learned Le Gray’s lessons. A series from around 1854 of 15 highly realistic "Spanish Types" by another disciple, Alphonse Delaunay (1827-1906), whose work also deserves more attention, fetched €23,040.

photographies anciennes, modernes et contemporaines
9, rue Drouot 75009 Paris
Ader
Info and sales conditions
Catalogue
Salerooms
Results
News feed
See all news
The city of Paris announces financial boost for the culture sector
The UK’s largest arts and cultural organization might not open until April 2021
Hong Kong gallery association creates art fair to help reinvigorate art market
Artist Emma Amos has died at age 83
Not to be missed
Lots sold
Old Masters drawings, from Crabeth to Oudry
Entitled "L'Esprit créateur", this auction based on "The Creative…
Lots sold
One sale; one work (1 and 2)
During the lockdown, the Millon auction house took the initiative…
Lots sold
Exquisite antiquity
On Wednesday May 6, live on the Internet, Pestel-Debord continued…
Lots sold
Man's best friend portrayed by Nevers
In Lille, the spotlight was on some fine 17th and 18th century furniture,…