The bronze lamps created by the sculptor in the mid-1930s look as modern as ever. 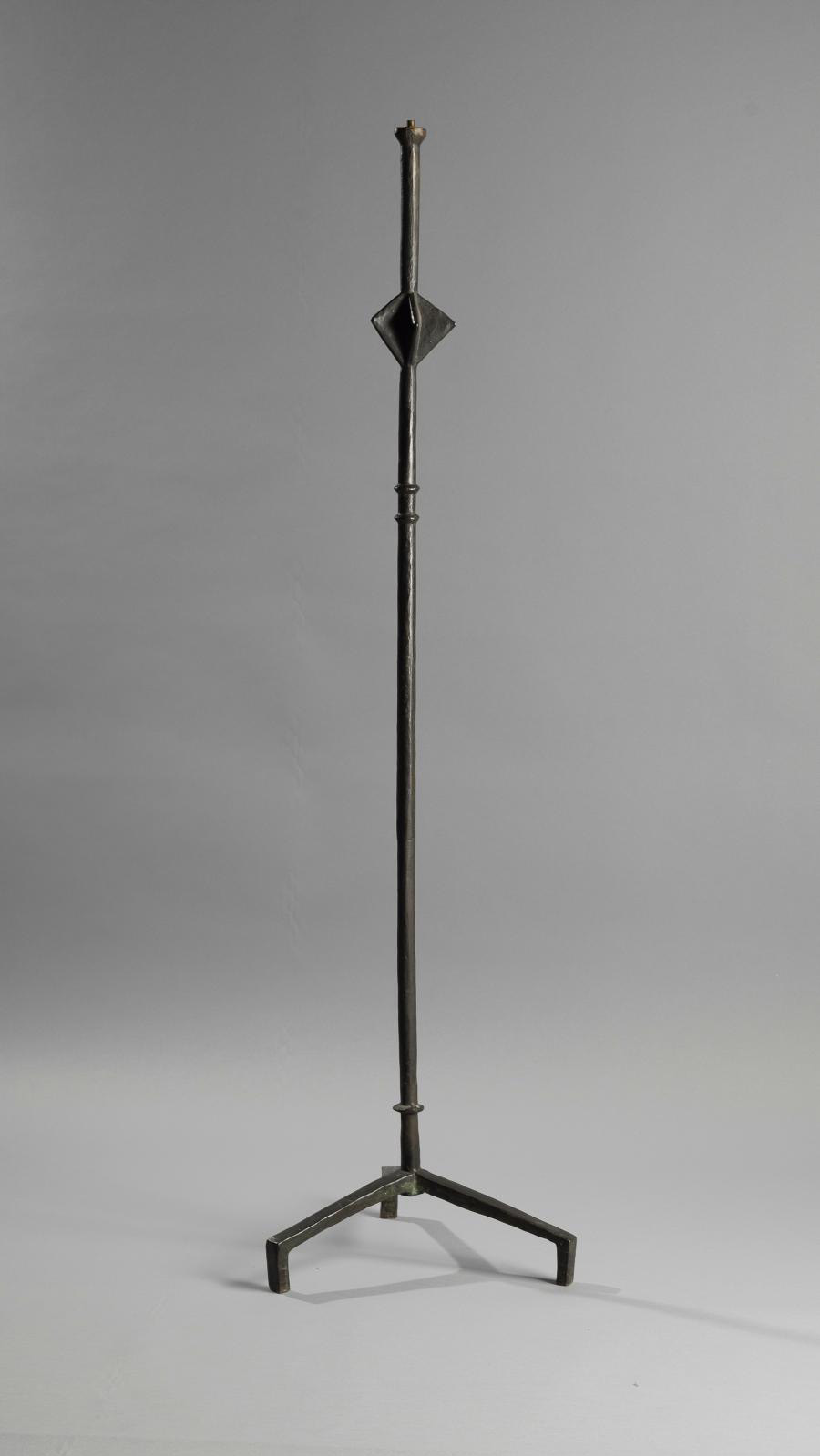 This non-specialist auction raised €935,671 including fees, a total that included this "Star" floor lamp by Alberto Giacometti, which at €241,800 doubled its estimate. Proportionally, an even more glittering success was achieved by his lamp base in this model, expected to fetch around €50,000, but finally sold for €167,400. Their provenance certainly helped these pieces, which are featured in the artist's catalogue raisonné and are referenced by the Giacometti Foundation: they have been kept until now by the descendants of a couple who ran a store specializing in lampshades and objets d'art, in Rue du Faubourg-Saint-Honoré, between 1950 and 1970.

François-Xavier Lalanne made an appearance with a brown patina bronze version of his Vache couchée (Cow Lying Down), a 2002 proof cast by Bocquel, which at €131,440 also largely topped its estimate (16 x 41.5 x 19.5 cm/6.3 x 16.3 x 7.7 in). Unsurprisingly, the "Roman" mirror created by Line Vautrin in c. 1955 fetched €37,200. Its frame is made of beige heat-embossed Talosel and its rod-shaped rays are inlaid with gold-silvered mirrors (diam. 20 cm/7.9 in). Meanwhile, the paintings turned up a surprise with the Presumed Portrait of Joséphine de Beauharnais, signed by Robert Jacques François Faust Lefèvre and dated Year VII—1798-1799­—, estimated at a mere €6,000 and sold for €28,710 (65.5 x 54 cm/25.8 x 21.3 in). A rival of Baron Gros and François Gérard, the artist, much favored by the imperial family, immortalized high society during the Consulate, the Empire and the Restoration.

Two Emeralds Instead of One