The Chateau of Versailles preempted a painting of the dauphine of France by Joseph-Siffred Duplessis. 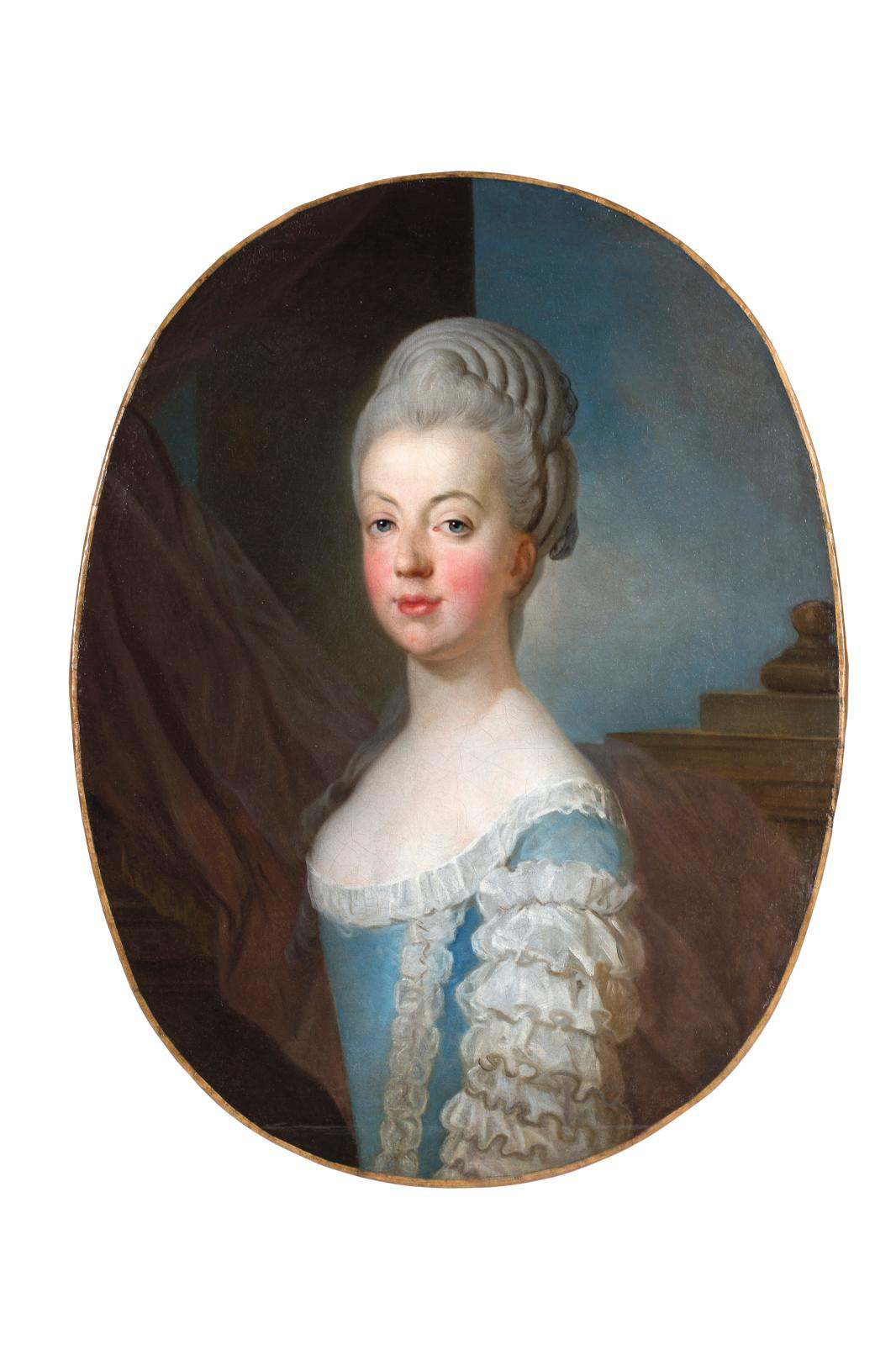 The two portraits reproduced here, each reasonably estimated at between €20,000 and €30,000, sparked a fierce bidding war. Known only from a black and white reproduction, they dropped out of sight over 100 years ago and have never been on the market. Marie-Antoinette's pretty face struck a chord with four admirers, who pushed the bidding up to €175,000, but in the end, the French government preempted the painting on behalf of the Chateau of Versailles, which has a 1772 oil-on-canvas sketch by Joseph-Siffred Duplessis. A similar painting of the dauphine aged 16, which was in the collection of the Marquise de Ganay in the early 20th century, remains to be found.

Another artist much in vogue, Alfred de Dreux, who painted French King Louis-Philippe and Napoleon III, drew notice for his Portrait équestre de madame Doche, née Charlotte-Marie de Plunket (equestrian Portrait of madame Doche, née Charlotte-Marie de Plunket) which fetched €132,600. Dreux was an animal artist with a passion for horses, highly popular with the European nobility and bourgeoisie. As for the model, an actress and first female circus rider, posed with the elegance of her aristocratic Irish roots.

Other personalities were also conspicuous, such as Cardinal Ottaviano Raggi captured in his library around 1642, his face sculpted by light under the brush of Giovanni Benedetto Castiglione, known as Il Grechetto (149 x 115 cm/4.88 x 3.77 ft). This canvas by the Genoese painter, who is also an engraver and is usually better known for his vanities, which fetched €65,000. Christ was the subject of a panel painting by a 16th-century Milanese artist, bowing his head and opening his arms to a Jesuit priest in ecstasy, whose face alone was shown in a corner of the painting (44.9 x 33.7 cm/ 17.67 x 13.26 in) sold for €52,000. This is an unusual composition for a work painted during the Counter-Reformation and the precepts of Ignatius of Loyola.