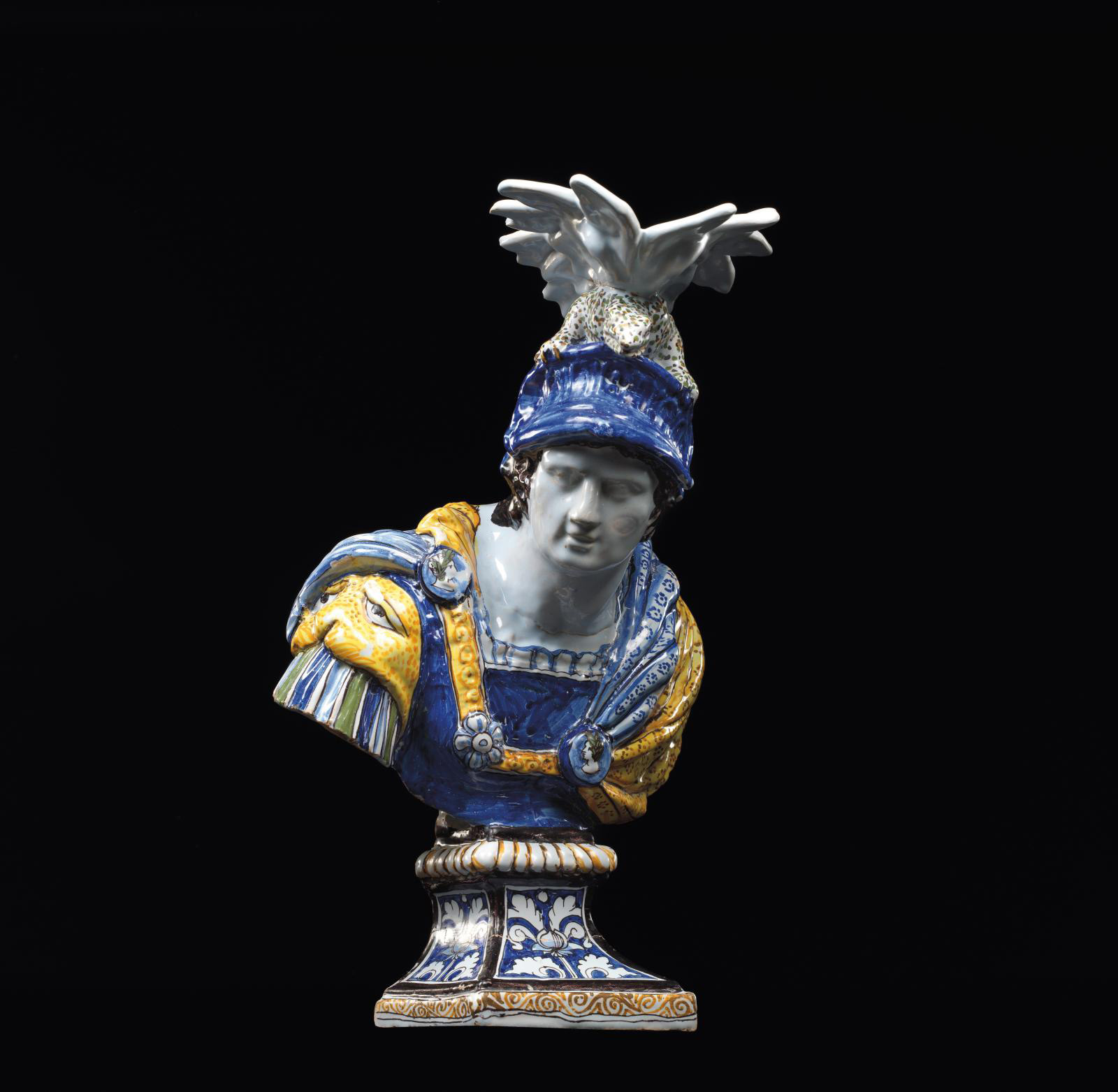 The National Ceramics Museum at Sèvres ushered in the season’s preemptions at Drouot by acquiring this late 17th-century Nevers faience bust of a warrior for €20,150. The "palette" decoration featuring vibrant yellow, blue, green and ochre tones gives the piece presence and bearing. It belongs to a limited series of statuettes, which increased its desirability. Ours (h. 40 cm, 24.5 x 28.5 cm/15.74 x 9.64 x 11.22 in), which comes from the collection of a demanding art lover, was sold by Marc-Arthur Kohn at Drouot on Friday, September 24.

Imperial Hadrian, But of Course!

A 16th-century bust of Emperor Hadrian garnered the highest bid of the day from its lofty height. 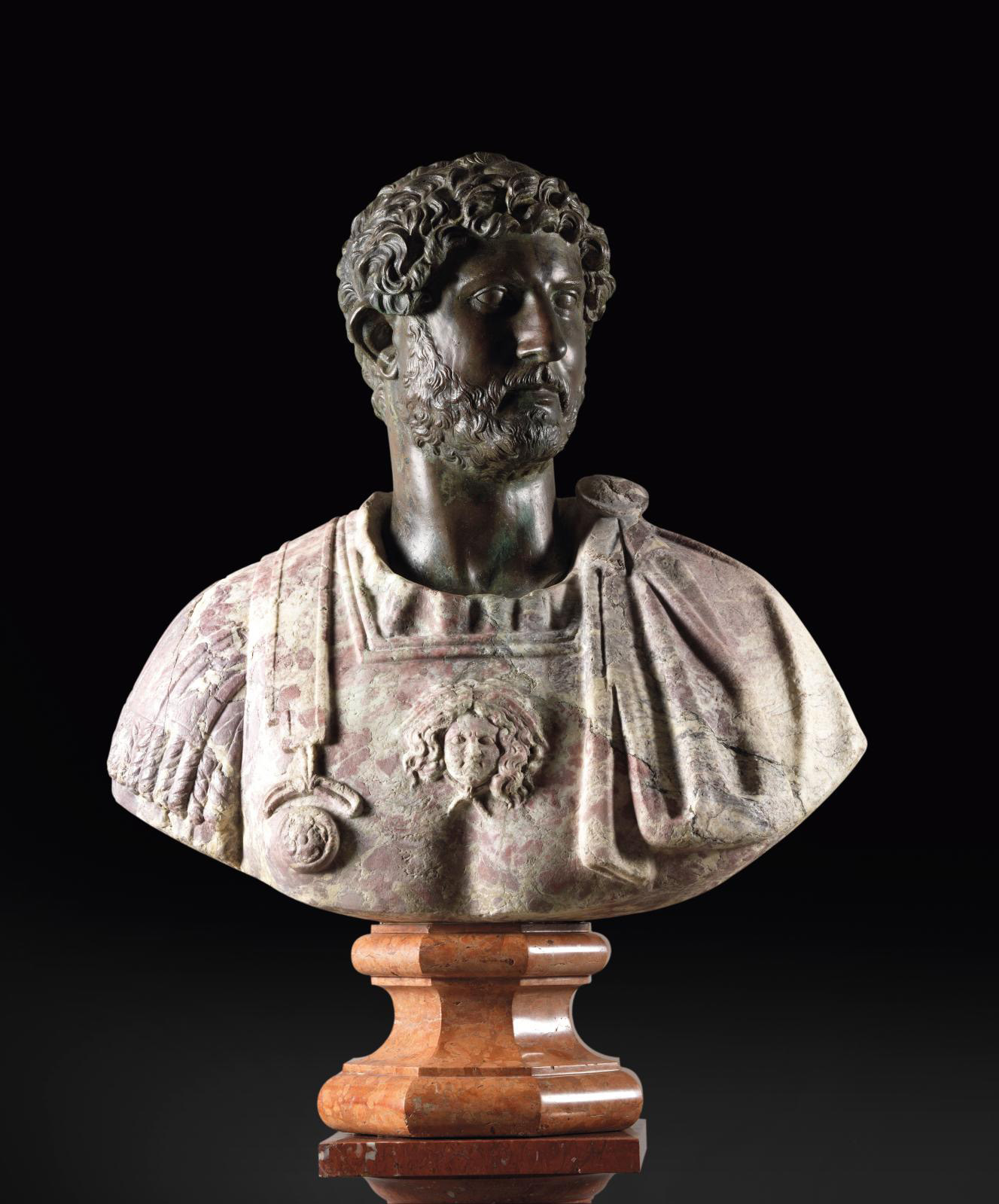 "Imposing" is a fitting adjective for this marble and patinated bronze bust of Emperor Hadrian, which is a "Stazione Termini" type—named after the Roman railway station where a similar bust was discovered in 1941 during renovation work. It sports the recognizable short curly hair and carefully trimmed beard of the ruler of the Antonine Dynasty, shown as a warlord in a breastplate, and emanates a sense of wisdom not found in all his predecessors—or successors for that matter... All these assets propelled this high quality bust up to €162,500. The Roman coins featuring his profile enable this effigy to be dated to the beginning of his reign (117-138) when he was approaching forty.

So much for the model; now for the artist. The sculpture is attributed to Guglielmo della Porta and was made in Rome in around 1560, at the height of a revival of classical Roman antiquity. The artist came from a family of Lombard sculptors. After studying in Genoa, he went to Rome and, with support from Michelangelo and the Farnese family, he founded a particularly active studio that specialized among other things in the restoration and copying of antiques. He is known for various busts of emperors. He had no difficulty in referring to the originals, as the Caesars widely disseminated their images, to which they were highly fond of, especially Augustus and Hadrian: some 150 portraits of the former have come down to us.

The first part of the sale focused on a collection of antique furniture and paintings, including a mythological scene by Bon Boullogne and a Portrait of Marie-Thérèse Girard, née Bouchardon by Jean-Baptiste Lefèbvre. These two works did not arouse buyers' interest, as their attention was focused more on 18th-century ceramics, particularly a Bust of a Warrior in Nevers earthenware, preempted by Sèvres at €19,500.