The Empire Auction: A Story or Two

From a clock with Apollo's chariot to porcelain vases from Berlin, Osenat's ever eagerly-awaited Empire auction in Fontainebleau features a speaking selection of objects. 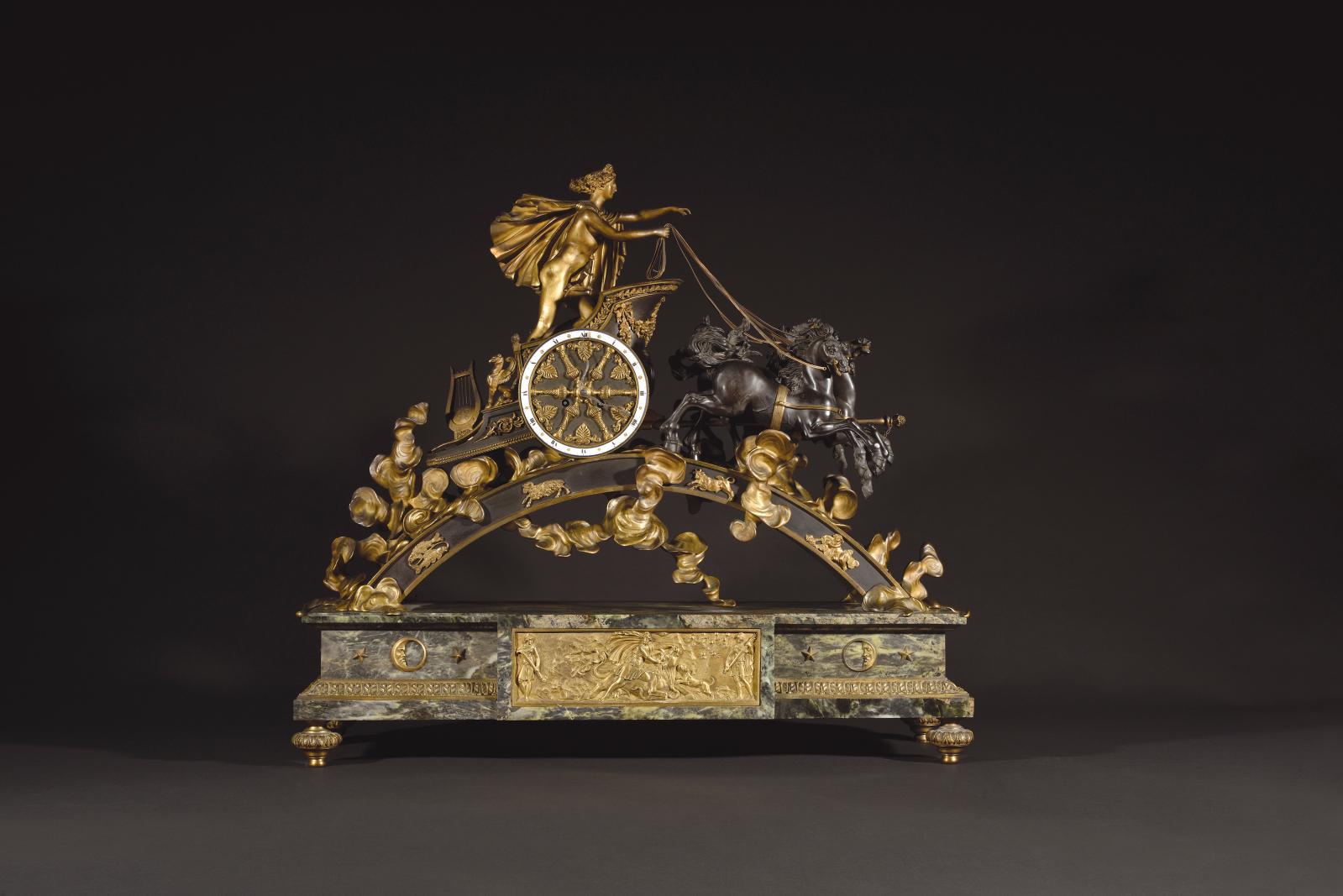 The objects have quite a few stories to tell, and that's what makes them so fascinating. As witness a sword that rocketed to €110,000, not because it belonged to Major Artaut of the 26th Regiment of Chasseurs-à-Cheval, but for its Persian blade bearing traces of a signature. Two Iranian connoisseurs battled each other for this late 18th-century shamshir evoking a chapter in the history of their nation. Meanwhile, the story of the tragic fate of Phaeton, struck down by Zeus during his wild ride in the chariot of his sun god father Helios, has come down to us through the centuries from Antiquity and was revived by this clock, acclaimed with a bid of €40,000 (see photo). Its model, produced in two versions, is attributed to French sculptor Pierre-Philippe Thomire (1751-1843). It can be compared with a clock in the Spanish royal collections, also sporting a bas-relief depicting the sacrifice of Mithras. From his portrait in coronation garb to one showing his return from the Island of Elba on board L'Inconstant, the former by Joseph-Joachim Guernier and the latter by Guillaume Alphonse Cabasson (respectively €15,000 and €15,625), Napoleon was the essential figure of the sale. Robert Lefèvre also depicted him in the uniform of the Chasseurs-à-Cheval regiment, wearing the Légion d’Honneur and the Order of La Réunion (€27,500): a painting said to have come from Prince Murat's collections. The Musée Napoléon at the Château de Fontainebleau garnered a pair of vases made in Berlin during the Empire, pre-empting them at €12,500 (see photo). They were probably made between 1806 and 1808, when the city was occupied by the French after the victory at Jena. Henri-Jacques-Guillaume Clarke, appointed the new governor of Berlin in 1806, is shown on one of the vases; the other features Étienne d’Hastrel de Rivedoux, who became the future Chief of General Staff of the Provisional Army of Germany in 1811.