The great art historian's academician's sword is pre-empted by the Musée Zadkine, while drawings and mementos from his collection remain in private hands. 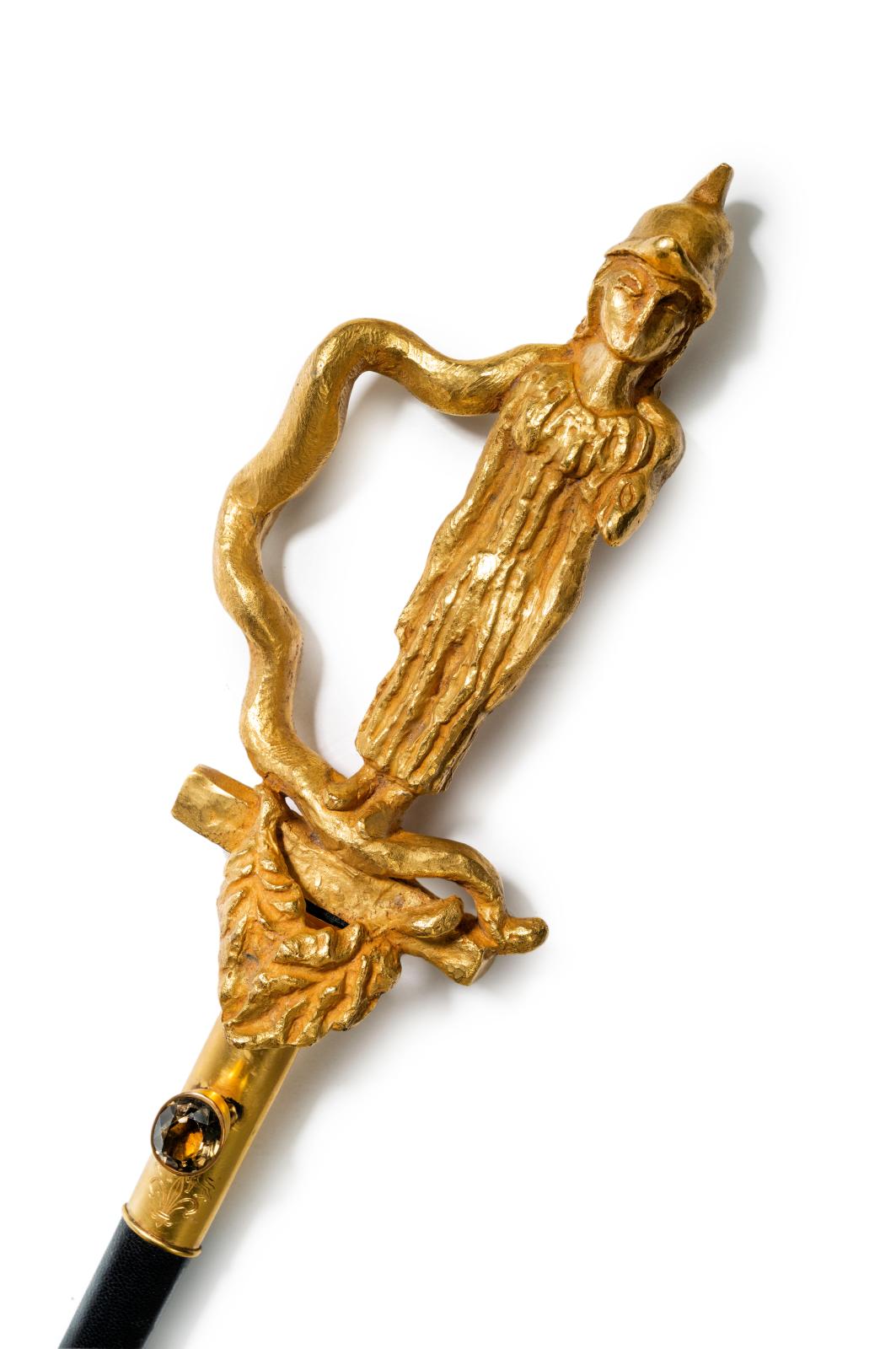 Curator at the Louvre and the Musée Jacquemart-André, and a member of the Académie Française and the Collège de France, this respectable man of the 20th century assembled a collection in his own image. When sold, it made a total of €416,040. The books were the first to be acclaimed by collectors: €13,970 went to a copy of the Bible published by Verve in 1956 with drawings by Marc Chagall, and €39,370 to a small book by Yves Klein, soberly entitled Yves, peintures, printed in Madrid in 1954 in an edition of only 150. However, there was a slight disappointment with the manuscripts, particularly the long correspondence of two hundred autograph letters exchanged with Germain Bazin (1901-1990), curator of the Musée du Louvre painting department during the Second World War. These documents failed to sell, although it had been hoped that a national institution would buy them. The only pre-emption of the day, at €10,160, concerned the sword with a gilt bronze mounting made by Ossip Zadkine for René Huyghe's admission to the Académie Française on 22 April 1961. As the curator considered Zadkine the greatest sculptor of his time, it was no surprise that he commissioned him to make this ritual object – or that the sword now joins the collections of the artist's museum, housed in his Paris studio residence in Rue d'Assas. The most eagerly awaited pieces included this Portrait d'homme by Claude Mellan (1598-1688). The work, which garnered €39,370, is almost a miniature, whose small size in no way detracts from the power of the face it depicts.

HOMMAGE À RENÉ HUYGHE
Tessier & Sarrou et Associés
Info and sales conditions
Catalogue
Salerooms
Newsfeed
See all news
French Culture Budget Increases by 7.5 Percent
€840M Collected for the Reconstruction of Notre-Dame
FIAC Announces its Artistic Program
1:54 Contemporary African Art Fair, Ready for a 9th Edition
Not to be missed
Lots sold
From the Living Room to the Bedroom: Cannes-Style El…
The sale of the entire stock of furniture from a château in the…
Lots sold
The Art of Fin-de-Siècle Jewelry
In Lyon, two imposing necklaces conjured up the balls and evening…
Lots sold
Impressive Dutch Style Marquetry and an 18th-Century…
In Lorraine, the contents of a very fine residence set off to new…
Lots sold
Valtat: The Virtuoso of Color
The painter, famous for his vivid landscapes, was celebrated through…