An altarpiece group in oak, enamel, bronze and carved stones reflects the variety of styles in Europe during a rich period. 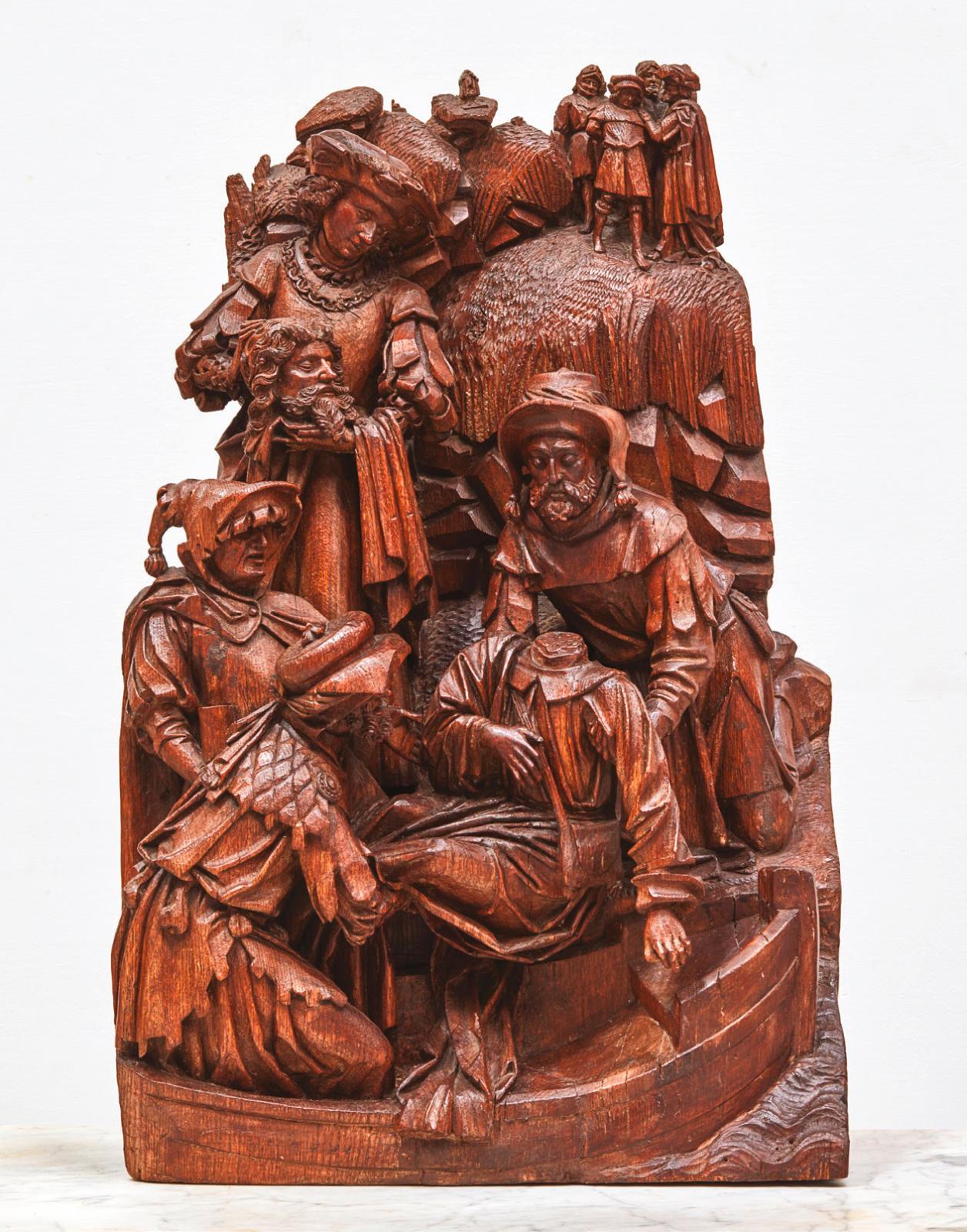 The catalog looked promising, collectors were interested and the results often outstripped expectations, especially for this carved oak altarpiece group depicting the translation of the body of Saint James in Galicia. The cult of the venerated saint was very important in the deeply Catholic Europe of the early Middle Ages, yet works featuring the translation of his body to Galicia are very rare. This one, attributed to the Master of Elsloo, a sculptor who made beautiful religious sculptural groups, fetched €402,570.
It was not the only big surprise of the day. An ogival marble plaque featuring the Tree of Life carved in high relief sold for €66,300 (81 x 36.5 cm, 2.6 x 1.9 ft). The iconography, borrowed from Byzantine art, often appeared in Venice on plaques used to decorate façades of palaces and churches. This one dates from the late 12th–early 13th century.
Another noteworthy item was a life-sized (h. 29.5 cm, 11.6 in) Picard angel’s head in limestone carved in the round in Picardy or Normandy in the second half of the 13th century (€28,600). It is comparable to the statues flanking the portals of many Gothic cathedrals. A rosary bead with two halves of a face concluded the sale. The high-quality craftsmanship of this half-head, half-corpse carved in the round (4.4 x 2.9 x 3.5 cm, 1.7 x 1.1 x 1.3 in) in Paris suggests it may have been made in Chicart Bailly’s workshop ca. 1500–1530. This piece is a rarity because it is made of bone and not ivory, like most of these small devotional objects. All of these qualities pushed the bidding up to €22,100.