Simon Hantaï: The Art of Blue

There were various aspects to this classic sale, but a memory in blue by Simon Hantaï fetched the highest bid. 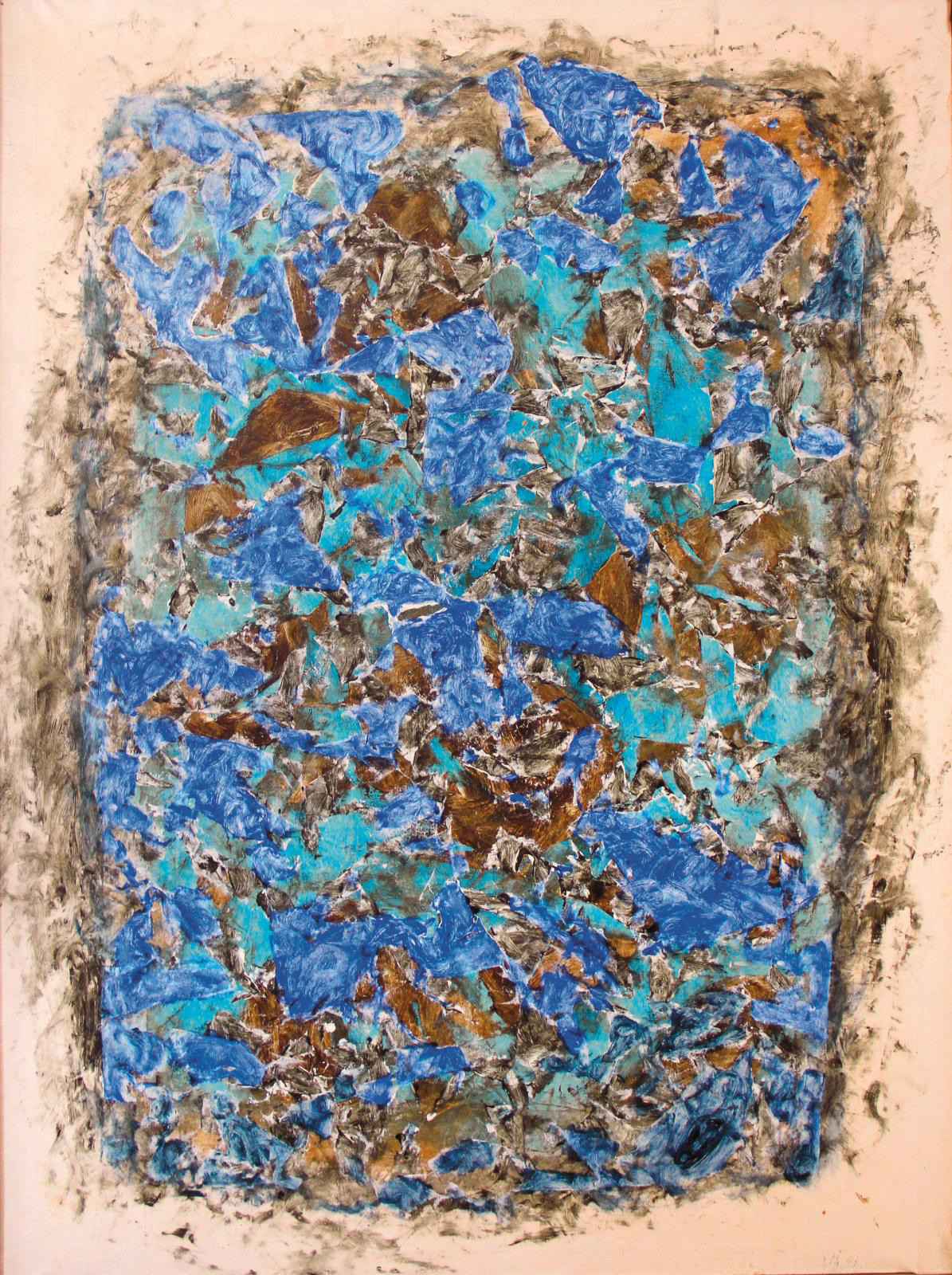 In 1963 Simon Hantaï began a new series named "Catamurons" after a vacation home he rented in Varengeville, Normandy. The sale included a 1963 painting from that group, based on a "pliage (folding) that only occupies the middle of the canvas," as Hantaï said. He folded the central rectangle numerous times, and applied several superimposed layers playing with blue tones, achieving a vibrant effect—and a result of €176,400. Hantaï’s works are not that common at Drouot, so this one (from the Jean Fournier Gallery, no less) should be savored. The Hungarian-born artist, who moved to France in the summer of 1949, is considered a leading figure in abstract art from the second half of the 20th century. The 1950s were years of experimentation. He tried everything: stencils, cut-outs, collages, scratching, imprints, rubbing, crinkling, drippings and, of course, pliage (folding). His protean work’s main feature, however, is the use of "pliage as method", which became the norm in 1960. "When I fold, I am objective, and that allows me to lose myself," he said. Between 1960 and 1982, he made eight series, using a different process each time.