A fine score for an early 19th-century musician. 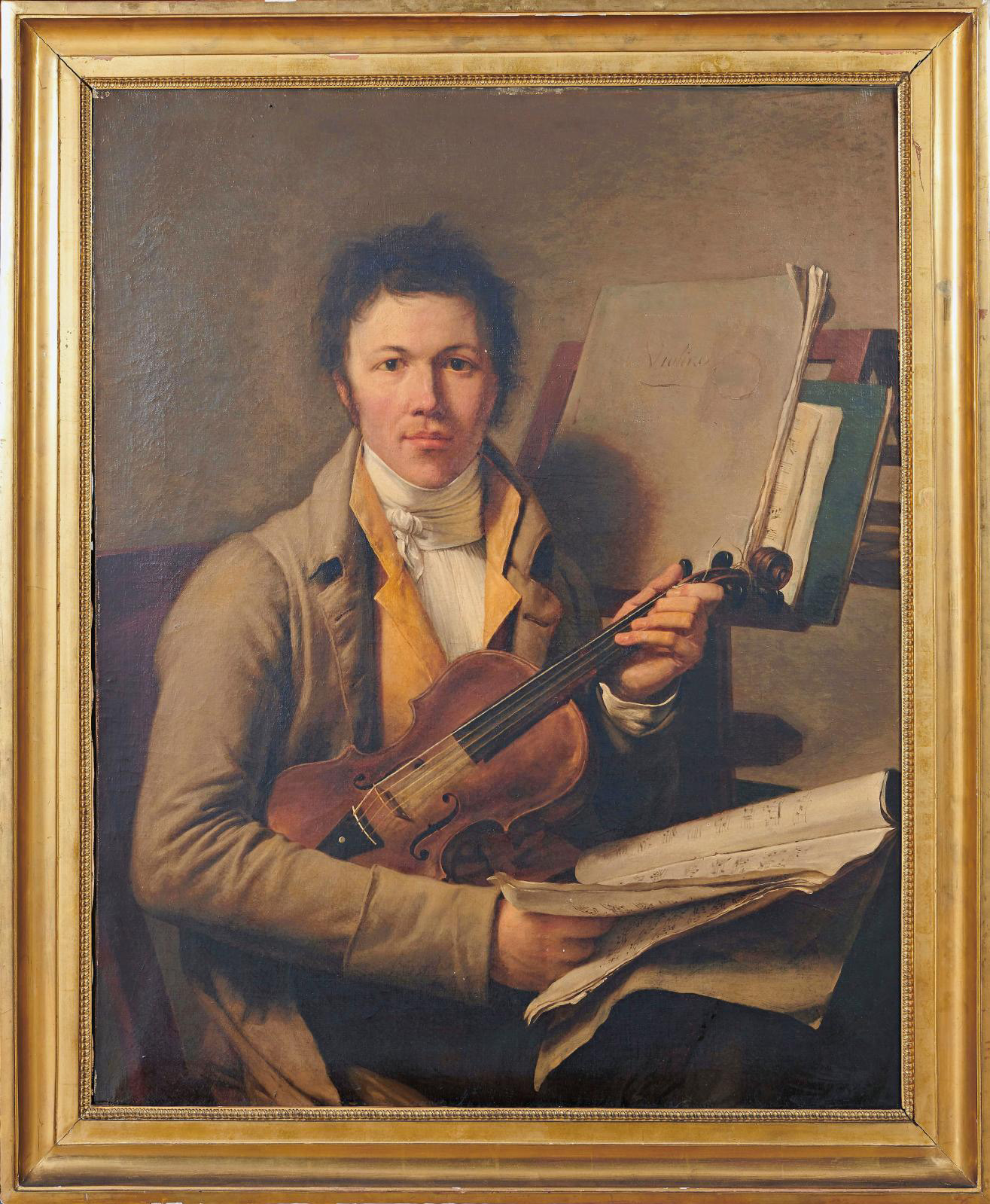 Although the painter and model’s names are unknown, this early 19th-century French School Portrait d'un violoniste fetched a splendid €36,830, suggesting that bidders might have been able to identify either or both. At any rate, his score in one hand and his violin close by, the musician certainly cuts a proud and handsome figure.  Violinists have a close bond with their instruments. It is a deeply intimate relationship, as with a partner, and one is nothing without the other. Great early 19th-century French virtuosos include Pierre Baillot (1771-1842), who also taught and promoted chamber music in Paris, and Pierre Rode (1774-1830), who was the First Consul’s concertmaster and worked for the Russian Czar. Both were also composers and dressed like this, in the fashion of the day—no doubt setting the tone…

DRAWINGS and TABLES - CERAMICS - ART AND FURNITURE OBJECTS - RUGS and CARPETS
Beaussant Lefèvre
Info and sales conditions
Catalogue
Salerooms
Newsfeed
See all news
The Villa Albertine Opens in New York
Colnaghi Gallery Prolongs Exhibition Exploring Connections between Spanish Art and the New World
Fine Arts Paris Announces its Dates and New Exhibitors
British Museum Will Sell 200 NFTS of Hokusai’s Works
Not to be missed
Lots sold
From the Living Room to the Bedroom: Cannes-Style El…
The sale of the entire stock of furniture from a château in the…
Lots sold
The Art of Fin-de-Siècle Jewelry
In Lyon, two imposing necklaces conjured up the balls and evening…
Lots sold
Impressive Dutch Style Marquetry and an 18th-Century…
In Lorraine, the contents of a very fine residence set off to new…
Lots sold
Valtat: The Virtuoso of Color
The painter, famous for his vivid landscapes, was celebrated through…