Success for the Jean-Claude Delauney Collection

Ten pre-emptions and a world record for Théophile-Alexandre Steinlen. Assembled by three generations with the same passion and high standards, the collection garnered €2,136,594 during its three-day sale. An apotheosis for its owner. 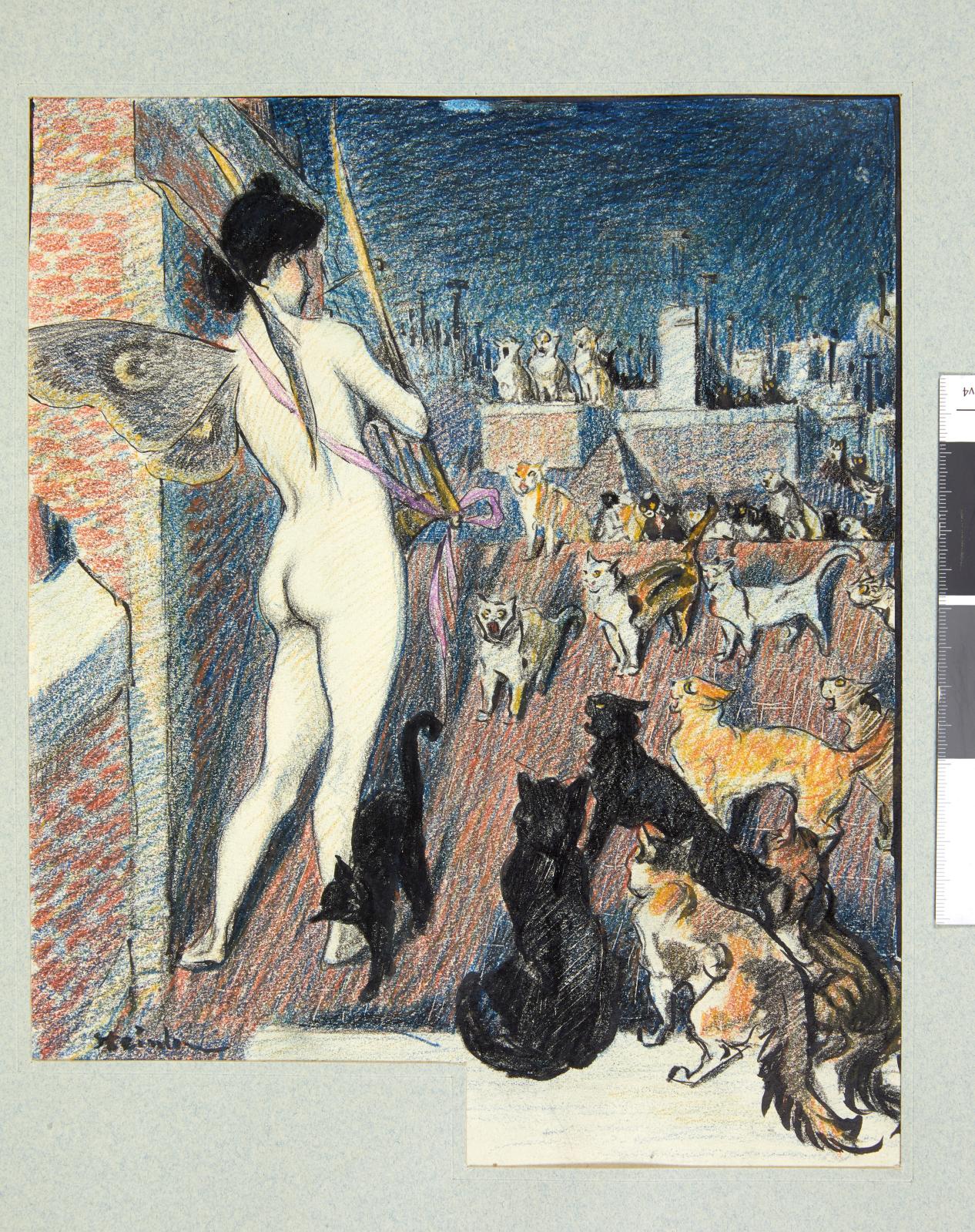 For Jean-Claude Delaunay, former President of the Caen Bar, the fact that institutions were keenly interested in his objects was a marvellous vindication, "proving that we had assembled a collection that had meaning." They took action on ten occasions, and rewarded the regional roots of works in particular. For example, Rouen's municipal library stepped in to carry off, at €4,445, Méandres. La Seine de Paris à Rouen, a book by Henri Focillon (1881-1943) published in Paris in 1938 with forty-one etchings by Charles Jouas (1866-1942), while at €5,080, Granville plumped for a pair of candlesticks in plain silver with mouldings and pinched ribs, executed in the Normandy town between 1749-1761 by the local master silversmith Antoine Fontaine, admitted in 1749 after studying under Thomas Germain. The apotheosis came in the legal entity of the Musée d'Orsay which after a meeting, pre-empted for €446,550 a two-volume collection of sketches, drawings and watercolours produced mainly for the Gil Blas illustré between 1891 and 1899. This collaboration between Steinlen (1859-1923) and the famous illustrated review earned him the sobriquet "eye of the street".Bibliophilia and silverwork (dispersed the same day, garnering €468,503) were the two main sources of lifeblood for this rich collection, and the quality and rarity of a pair of toiletry boxes justified the €165,100 laid out for their finery.