From a Festive Crinoline to a Graphic Swimsuit

The sale of Gilles Labrosse's extensive collection continued in Moulins, exploring the imaginative charms of 19th and 20th-century couture from Boston to Paris. 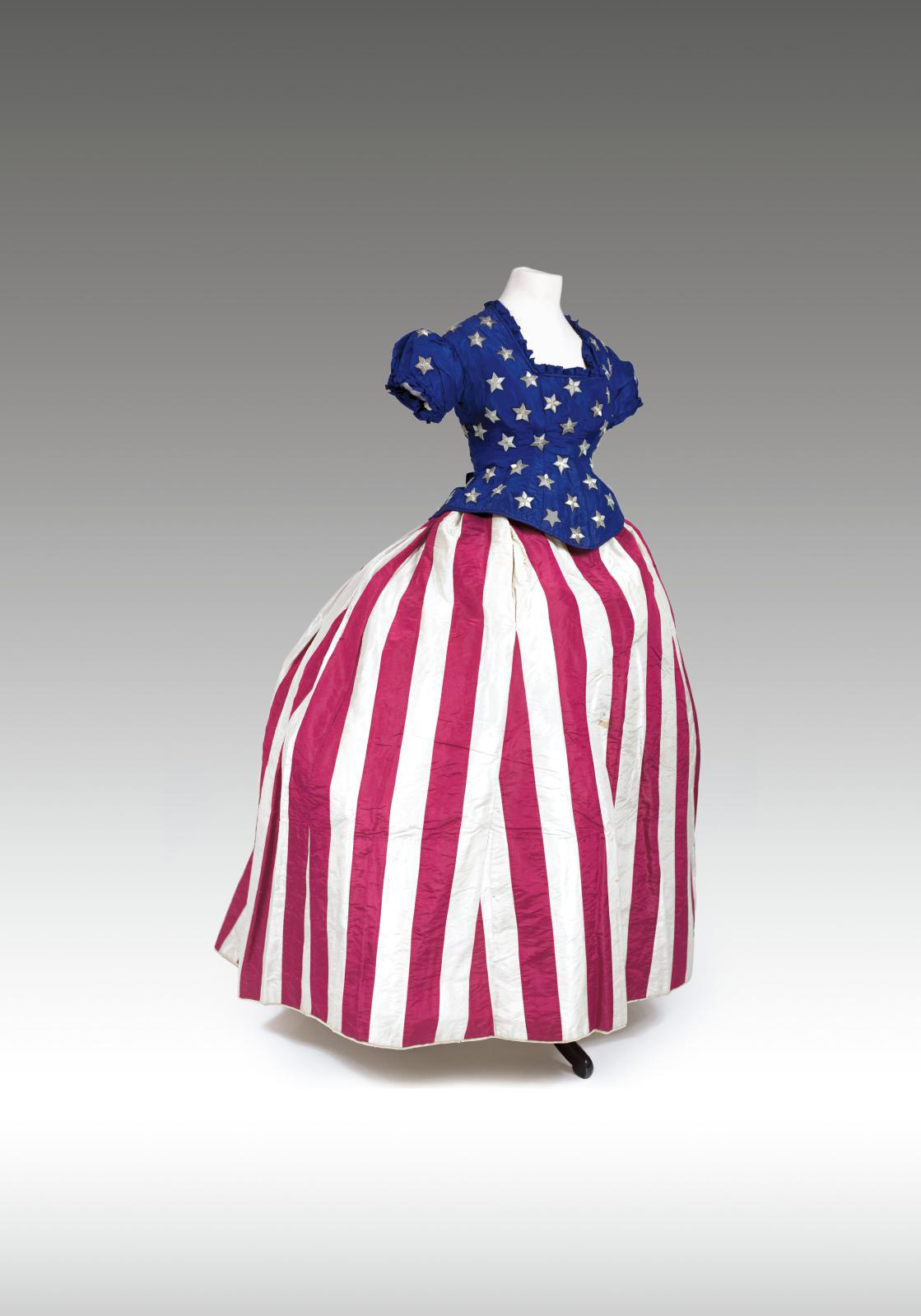 The first two parts of the sale devoted to costumes from the past collected by Gilles Labrosse were widely reported in La Gazette. With sections 3 and 4, spread over two days, the focus was mainly on clothing from the last two centuries—like this theatrical dress with a wide crinoline (c. 380 cm/12.46 ft) made in the US, as can be seen from its brightly-colored pattern based on the celebrated Stars and Stripes flag. The blue bodice with puff sleeves sports the famous stars embroidered in silver thread, while the voluminous skirt is adorned with broad red and white stripes. Clearly designed to be worn on Independence Day, the "Fourth of July" national holiday, it was made between 1865 and 1870. A collector carried it off for €3,100.

Another American creation was a sinuous evening dress with a train in yellow satin, produced by the Parcher company in Boston in around 1900. The two-part outfit embellished with large, undulating Art Nouveau carnation stems garnered €3,920. Leaping forward to the 1960s, the next item was an Yves Saint-Laurent swimsuit inspired by Piet Mondrian's paintings, from after 1965. It evoked the young Paris couturier's fascination with modern painting and fetched €1,670.