The Citroën 2CV: a market icon 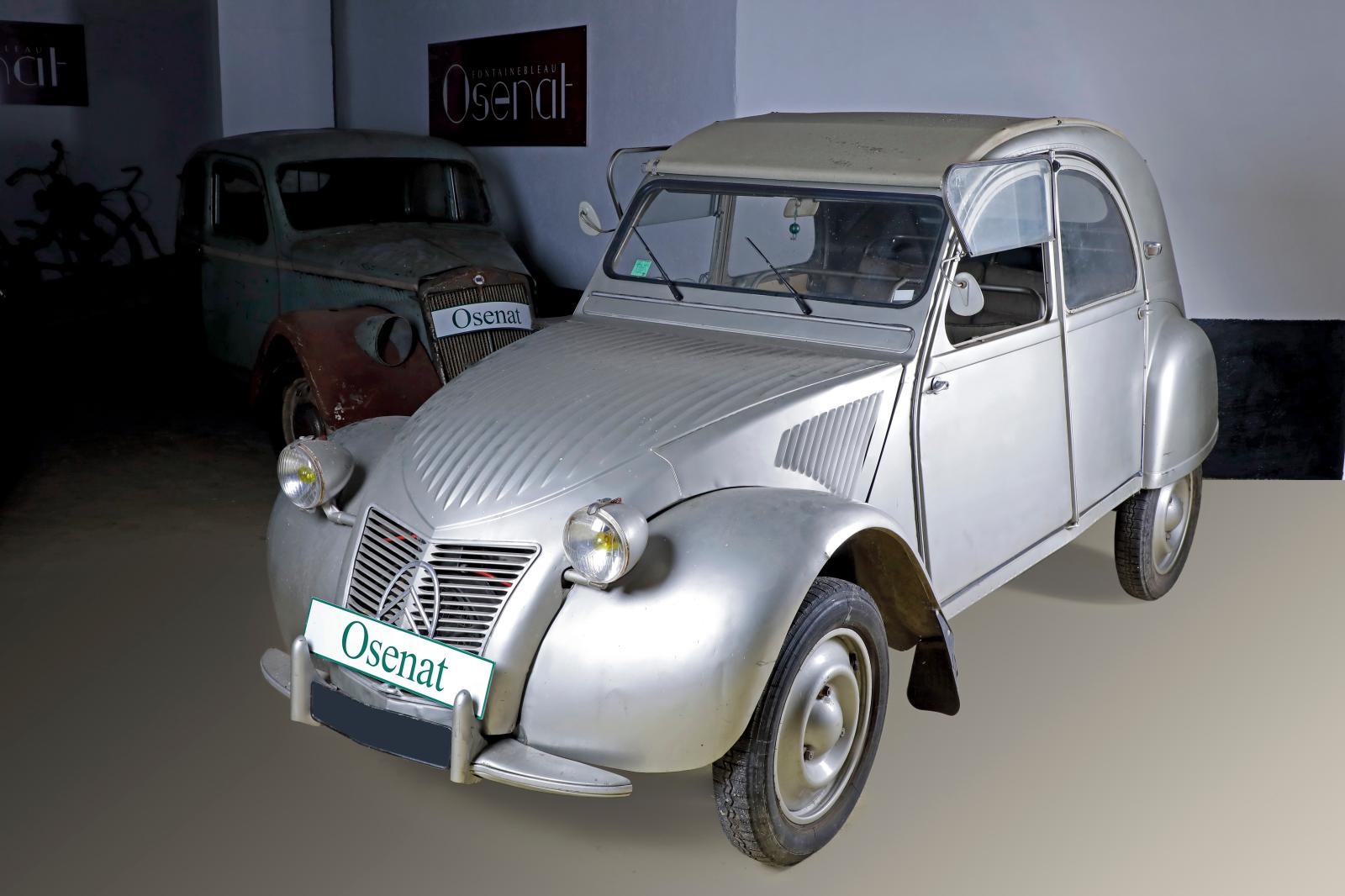 While the Talbot Lago belonging to architect Louis Terzulli (whose collection of 30-odd vehicles would fire enthusiasts) confirmed its star status when it was bought for €168,000 by a French collector, two Dutch museums were in the running for this 2 CV Citroën. The successful museum, whose collection only features the brand with the double chevron, had already bought a legendary model from the same auction house in 2013: the last produced in Levallois, in 1988, which had belonged to automobile journalist Roger Brioult. After it was stolen and found burnt out, the unclassifiable carcass fetched €10,722 at the time: a very different matter from the €75,600 garnered last January, announced as a world record by the auction house. This is in fact a rarity from Citroën's earliest days: one of 876 Type A’s produced in 1949, the first year the model went on the market, when steel shortages were still prevalent in this post-war period. Decidedly without frills (a bicycle-type antitheft device replaced the locks, and instruments were limited to a tachometer and an ammeter), it nonetheless represented a luxury at that period.

Automobilia & Classic Cars
Osenat
Info and sales conditions
Catalogue
Newsfeed
See all news
Fanning the Flames? UNESCO Calls on France to Save Paris’ Fan Museum
Gagosian Appoints Critic Antwaun Sargent as Director and Curator
Art Basel's Flagship Fair Has Been Postponed. Again.
Seeking Inclusivity, Madrid’s Prado Museum is Reordering Its Permanent Collection
Not to be missed
Lots sold
A Masterpiece by an Apprentice
This type of strongbox was made by an apprentice seeking admittance…
Lots sold
Magritte High on the List
The Belgian master cultivated mystery, making play with different…
Lots sold
Martiros Saryan on Armenian Soil
A painting by Martiros Saryan resonates like a paean to a beloved…
Lots sold
Juan Gris, Trailblazer
This painting features all of the Cubist master’s qualities and…