A Double Victory for the Mercedes "Pagoda" in Vannes

Cars that have always been highly coveted, from two "Pagodas" to a Citroën 7C, were on the starting line. 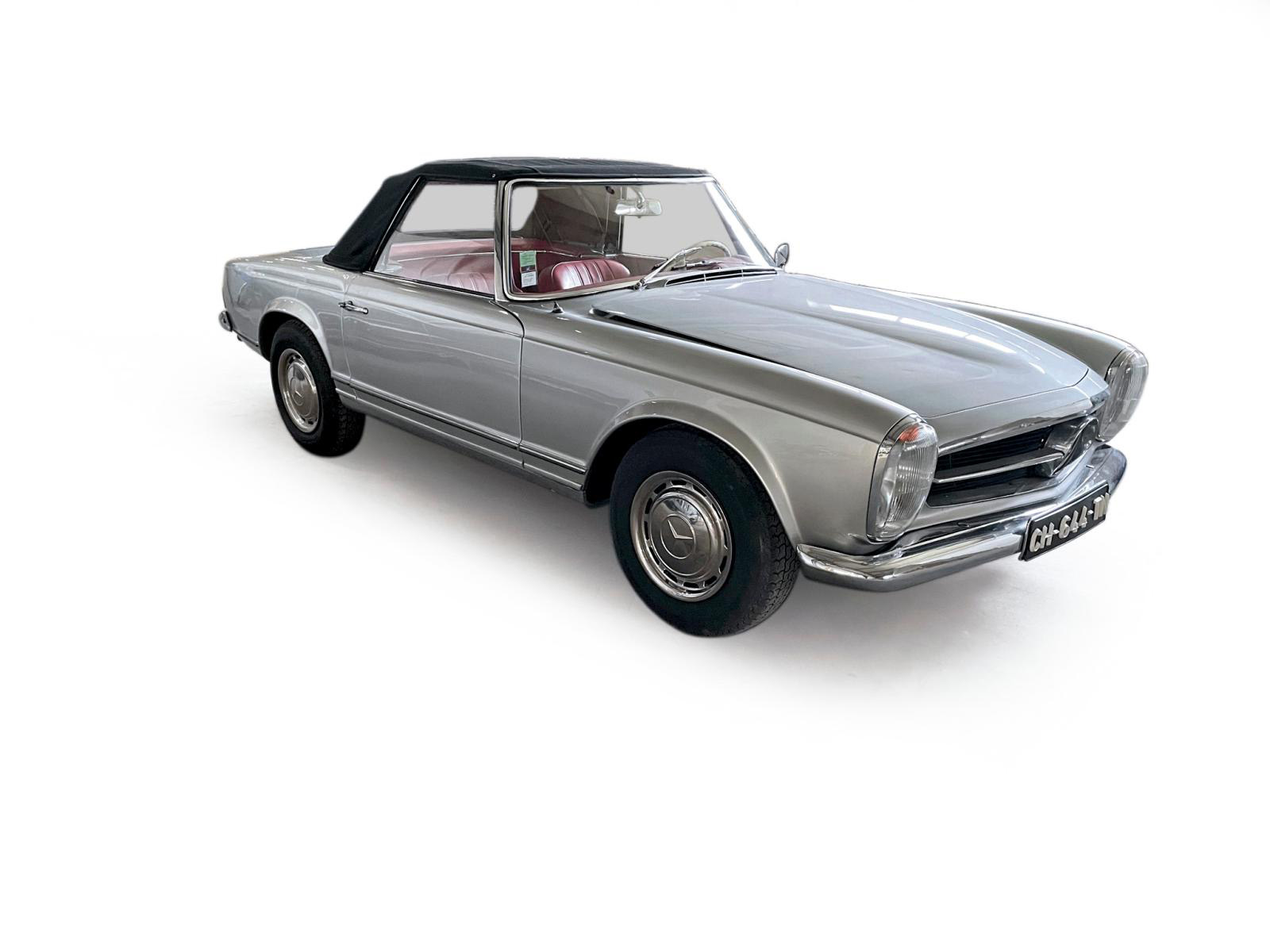 The catalog made you want to get behind the wheel of one of these attractive classic cars as quickly as possible. The all-category champion, which fetched €76,700, was the Mercedes "Pagoda" 230 SL, a fully restored version of the 1964 Mercedes "Pagoda". Presented for the first time at the Geneva International Motor Show in 1963, this ultra-chic convertible coupé was classified in the "prestige sports car" category. It was presented here in gray livery, with a black hood (serial number: 11304210006247) and a red leather interior. Another "Pagoda" 230 SL (serial number: 11304210005580), of the same vintage, with an in-line six-cylinder engine, but this time white, then sold for €55,425.

Next up were French cars built on the eve of the Second World War. A black and white 1938 Citroën Traction 7C cabriolet with a red leather interior fetched €44,840. It came with its birth certificate "Citroën no. 2021-0105". It is worth noting that production of the 7C ended in 1941 after about 67,000 were made. Lastly, a burgundy 1954 Renault 4CV convertible lived up to all expectations, fetching €29,500. It was beautifully restored by André Lecoq, from whose collection it came.

automobiles de collection, automobilia
Jack-Philippe Ruellan
Info and sales conditions
Newsfeed
See all news
The Substation, a Pioneering Singapore Arts Space, Will Close Permanently
Italian Art Professionals Come Together in New Project
MoMA Plans Major Cézanne Exhibition
Spanish Museum Plans to Return Two Works Plundered by the Nazis to Poland
Not to be missed
Lots sold
A Royal Weapon from the "Valley of Blades"
The sword of a Marshal of France dating to the return of the Bourbon…
Lots sold
A Focus on Latin American Art
Geometric figuration, championed by the Argentinean César Pasternosto,…
Lots sold
Abstraction and Spirituality with Geer Van Velde
Two days were devoted to a sale evoking modern and contemporary…
Lots sold
From a Festive Crinoline to a Graphic Swimsuit
The sale of Gilles Labrosse's extensive collection continued in…