A unique set of drawings of the archangel's mount was duly preempted, while two pieces by Pierre Jeanneret illustrated the modern designer's popularity. 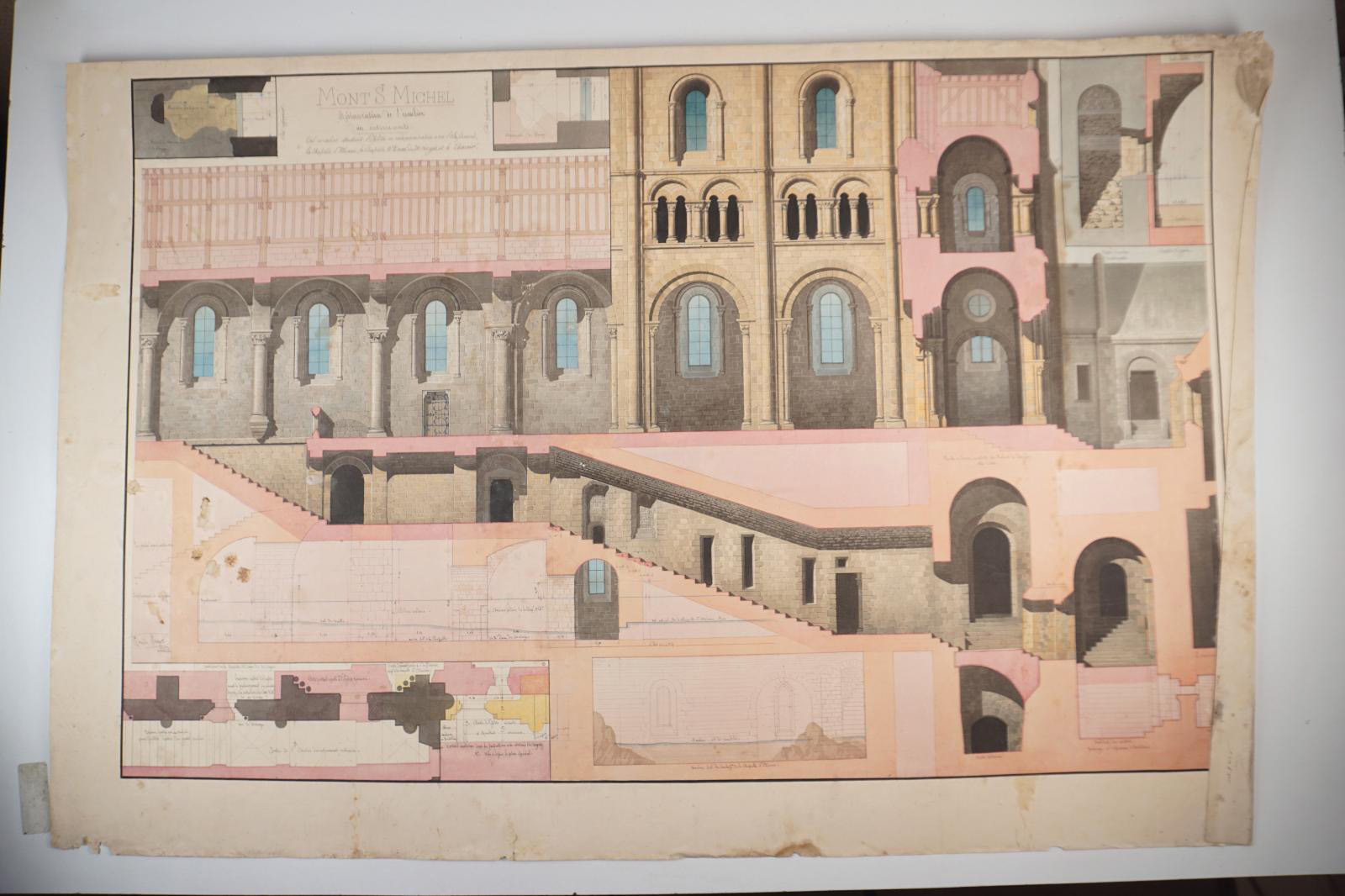 Émile Sagot produced this set of 65 architectural drawings during the 1860s. These fascinating watercolors (which restored La Merveille to its original state on paper before the major renovation work of the 1880s) and the expert's proposals for the illustrious medieval abbey in Normandy were finally preempted by the Médiathèque de l'Architecture et du Patrimoine de Charenton-le-Pont for €45,260: over double the high estimate.

In 1862, while Sagot was traveling through Normandy to illustrate one of the volumes of the famous series Voyages pittoresques et romantiques dans l’ancienne France de Taylor et Nodier (Picturesque and Romantic Journeys in Old France by Taylor and Nodier), he discovered Mont-Saint-Michel. Fascinated by this extraordinary place, he spent a long time there absorbing all the details and imagining how the abandoned site would look if restored. But ten years later another architect, Édouard Corroyer, was chosen to carry out this project. Sagot then gave all his compositions to his innkeeper as payment, according to family legend. 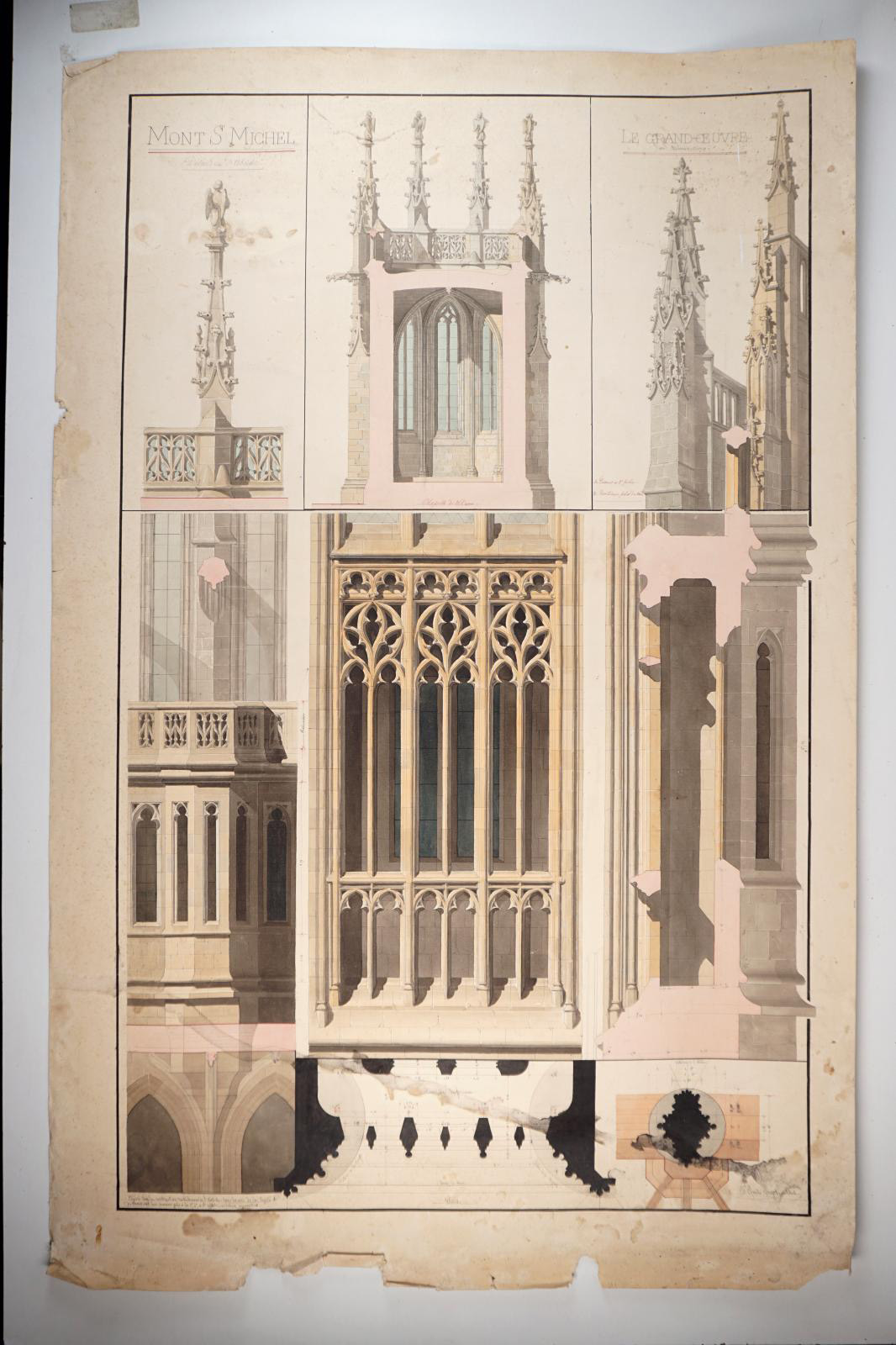 Drawings by this architect who was in love with the Norman abbey dedicated to the Archangel Saint Michael, depicting it in minute detail, will soon be up for auction. They are all the more precious since they show the site as it was before its restoration.

Newsfeed
See all news
Architect David Adjaye’s Upside-Down Skyscraper in Manhattan
What Is the So-Called “Festival of Brexit”?
Villa Albertine Reveals First 80 Residents
Jean Prouvé's Villa Seynave Is Up for Sale On the Architecture de Collection Website
Not to be missed
Lots sold
Château de La Rochepot: A Highly Anticipated Sale
Part of the furniture and artworks that adorned this ancestral home—…
Lots sold
Deep Sea Diving With Rolex
An exceptional wristwatch drove the Grenoble sale to victory, where…
Lots sold
Success for a Wei Dynasty Buddha and an 18th-Century…
The Buddha head, sculpted during the Wei dynasty, took first place,…
Lots sold
Jean Prouvé's Refined Style and Austrian Dueling Pis…
First off was 1940s design, with one of its most radical representatives,…