The Slavic Soul of a Kovsh

Form, decoration, technique and signature: the winning quartet of an item that epitomizes Russian art. 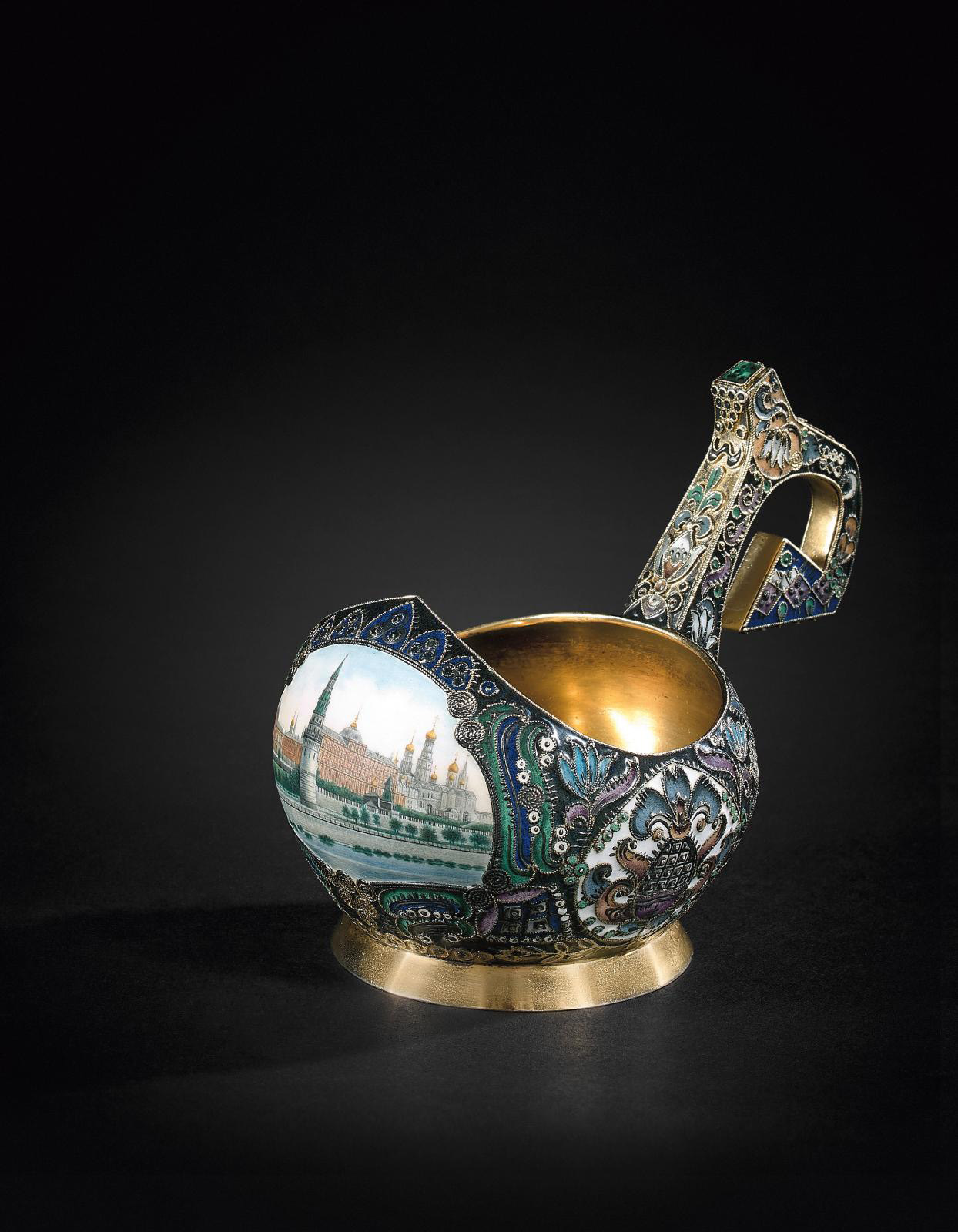 when this kovsh was made between 1908 and 1917, according to its hallmarks, Karl Fabergé (1846-1920) was at the peak of his success. The pieces coming out of his Saint Petersburg workshops were geared more towards the Western taste of Moscow’s elite, but the "pan-Russian" style popular with his clientele predominates here. It is hard to imagine anything more Russian than a kovsh—or the technique of cloisonné enamel on vermeil, here framing an entirely enameled painting of the Kremlin seen from the Moskva. Everything is imbued with the Slavic soul. That, plus the impeccable craftsmanship of German-born master goldsmith Feodor Rückert (1840-1917), led to the small drinking vessel’s quadrupling its estimate at €201,500. Rückert, who had his own workshop in Moscow, was renowned for the quality of his enamels and objects based on traditional Russian forms and patterns. In 1887 he began a long, productive collaboration with Fabergé that ended only with the first world war.

Print the article
Newsfeed
See all news
Soissons' Cathedral of Saint-Gervais-et-Saint-Protais Gets Its Rose Window Back by the End of the Year
Ancient Egyptian Road, Buried for Centuries, Uncovered in Lavish Ceremony
The Mystery Behind This Chinese Painting, About to Go Under the Hammer
Finalists of MAXXI Bulgari Prize Announced
Not to be missed
Lots sold
Rodin, Renoir, Mathieu: Milestone Works
Great modern classics, including a bronze athlete, a Provencal landscape…
Lots sold
A Glimpse Into the Fashion of the Salons of the…
Around 1865, the Second Empire was still flourishing and balls abounded:…
Lots sold
A Delicate Wounded Swallow by Alfred Boucher
Now a figure of classical art history, sculptor Alfred Boucher achieved…
Lots sold
From a Rembrandt Bugatti Panther to a Kota Re…
Much exoticism preluded this rich Norman auction, further enhanced…