Robin's egg: the colour of success

With this vase from China, all the ingredients were lined up for a stratospheric result: an imperial pedigree, an unusual form and above all a highly-desirable colour evoking the delicate shades of a sparrow's egg. 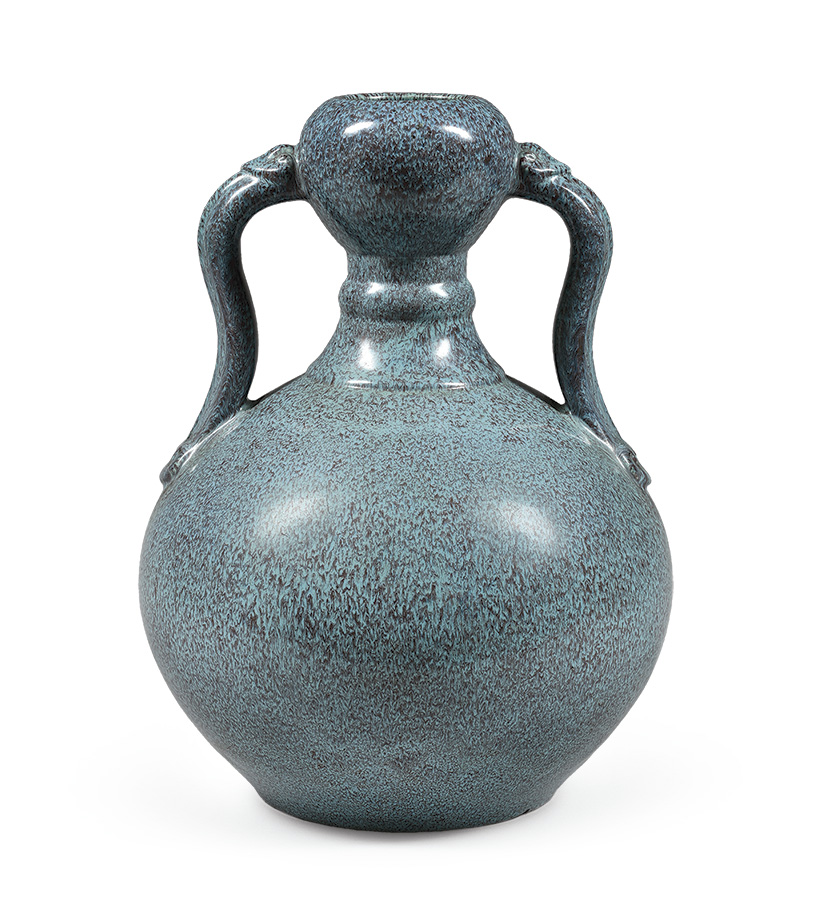 The 27.5 cm high vase inspired a lengthy bidding battle in situ and by phone before arresting its flight at €2,280,000, after a high estimate of €300,000. It was bought by a Chinese buyer present in the room. This splendid score quadruples the €570,400 achieved on 13 December 2018 by another vase in the same colour, from the same period, at the Jonquet auction house in Boulogne-Billancourt. The one here dates from the reign of the Yongzheng Emperor (1723-1735) and carries his six-character mark in zhuanshu. The sovereign particularly admired the monochromes of the Song period, and suggested them as models to the leading ceramists of his time. One of these, a certain Tang Ying, was the director of the Jingdezhen workshops and supposedly invented the incredible grey-blue shade – obtained by blowing iron oxide onto the surface before firing. Meanwhile, the vase's somewhat unusual shape is based on the "two-ruyi" typology (so-called because of its two sceptre-shaped handles), with a rimmed garlic head neck. This rare form was much appreciated by various emperors, and is illustrated by three vases now in the National Palace Museum of the Forbidden City. 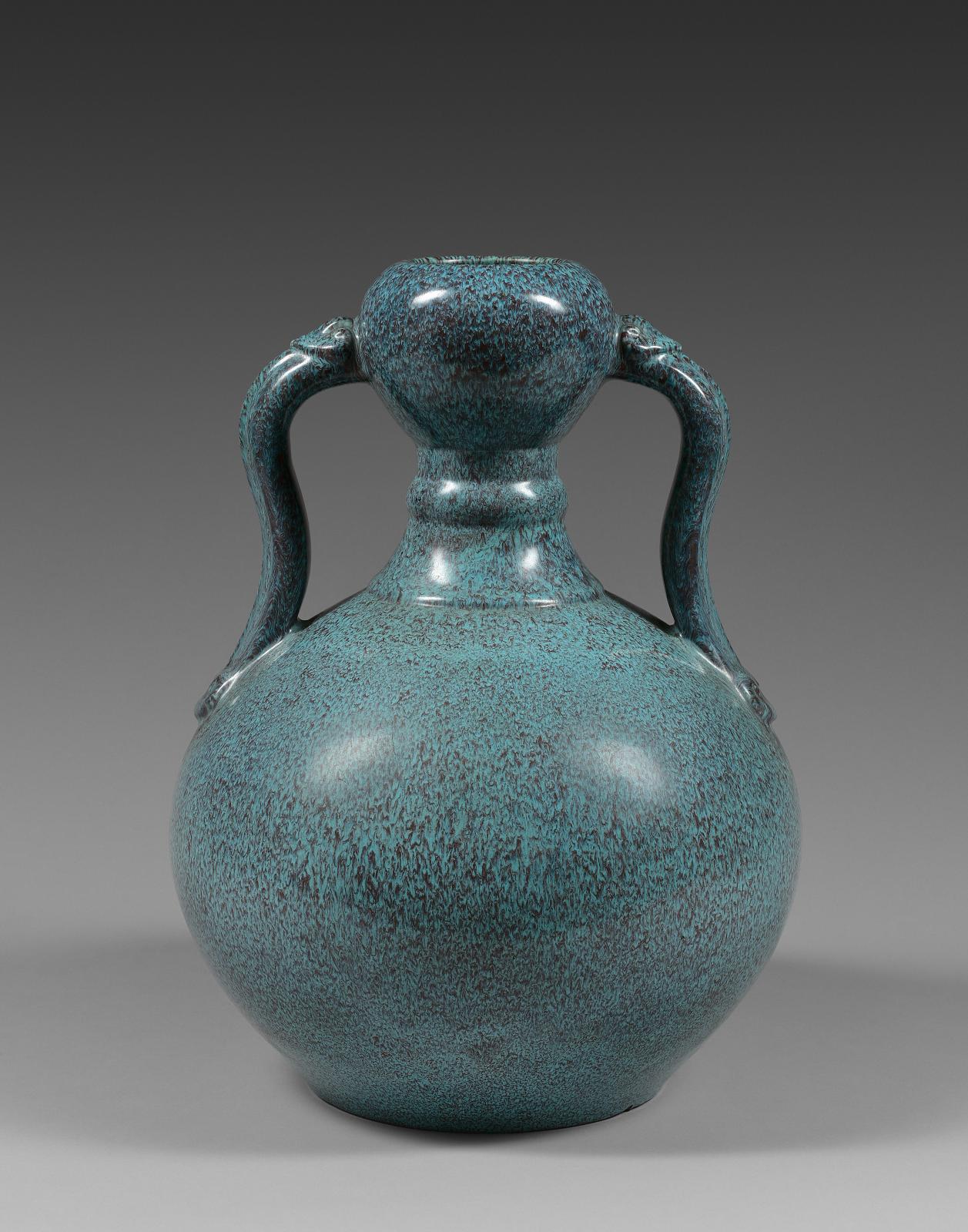 This vase decorated with robin’s egg enamel will enchant collectors of Chinese porcelain. It is all the more irresistible in that its two ruyi handles guarantee happiness.

Newsfeed
See all news
Salisbury Cathedral reopens today with art exhibition
Image 3.0: Results of the French National Photographic Commission 2020-2021
Discovery of an early-Christian necropolis in Autun
Floriane de Saint Pierre to head the Society of Friends of the Centre Pompidou
Not to be missed
Lots sold
Auguste Herbin: lover of Paris
When he started out, the future champion of geometric painting dazzled…
Lots sold
Dürer, Rembrandt and Fragonard: Titans of the print
Awaited impatiently since its adjournment on 27 March, the sale…
Lots sold
Talent has no age for Boucher
Good things come in twos! After brilliantly knocking down Jusepe…
Lots sold
Spotlight on Line Vautrin
This “Sun King” mirror confirms the popularity of a designer who…