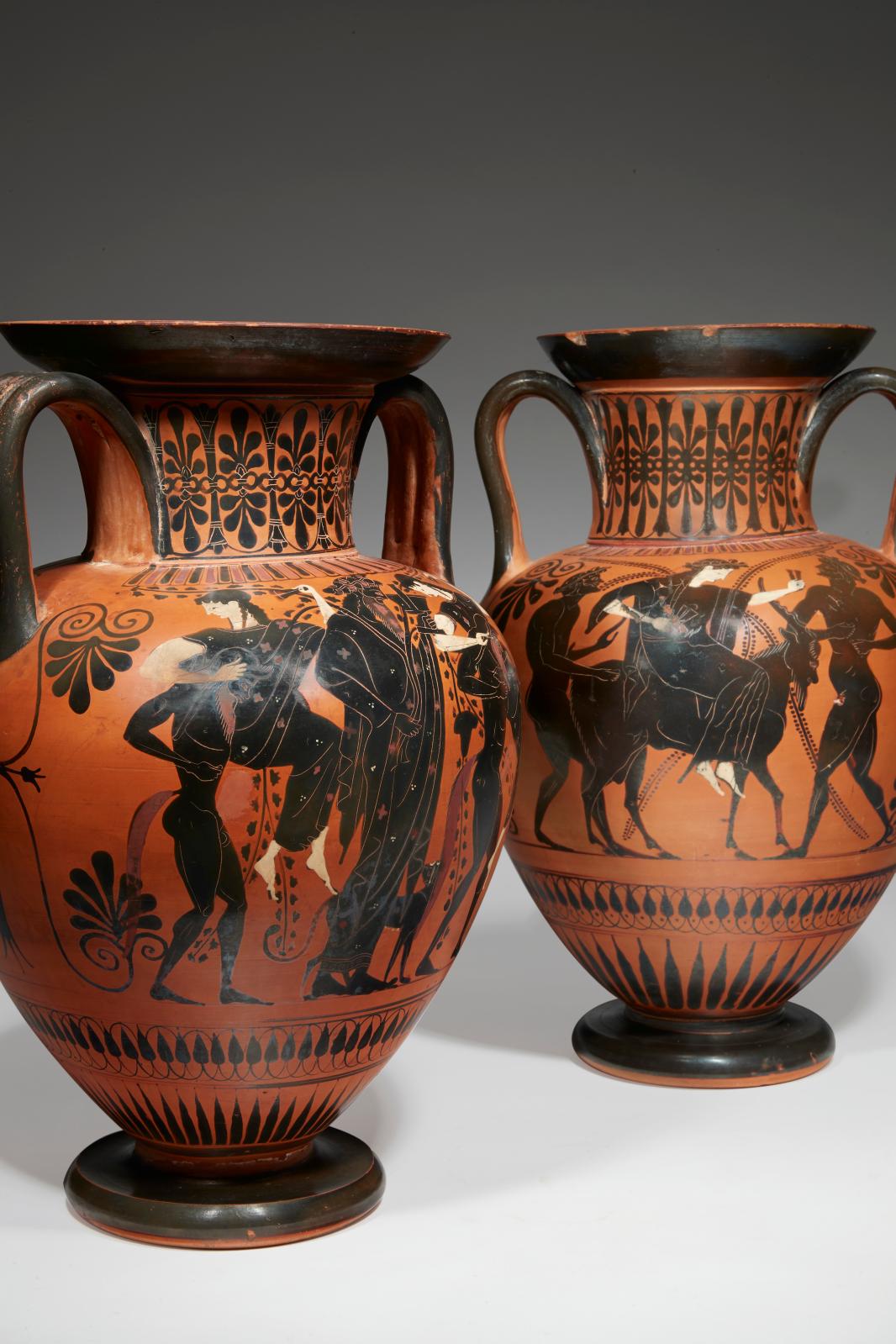 With a grand total of €1,294,178, this archaeology sale recorded the highest endorsement of the field since the beginning of the year at Drouot. It was of intense interest to institutions, first and foremost one of the most prestigious: the Louvre, which pre-empted these two Attic amphoras on provisional bids (with the option of selling several lots as one) for €685,300. The two black-figure ceramics attributed to the Leagros Group are variations on the celebration of wine, both illustrating the same Dionysian frenzy. The Paris museum already has several hydrial and neck amphorae painted by these artists. They are defined as the "Leagros" group because they all represented a young man appointed as strategist in 465 BC and killed in combat the same year, and mentioned his name. These amphoras have the additional asset of a fascinating historical provenance, as they once belonged to Lucien Bonaparte (1775-1840). He started up a large-scale dig in Etruria in 1828-1829 – when his brother Napoleon was no longer emperor, or even of this world.

Archéologie
Pierre Bergé & Associés
Info and sales conditions
Catalogue
Salerooms
Newsfeed
See all news
Prices Are Up for Painter Robert Colescott
Istanbul Biennial Postponed Until 2022
Kunstmuseum Bern Shows North and South Korean Art
London’s Serpentine Pavilion Criticized for Environmental Impact
Not to be missed
Lots sold
Vasarely, Buffet and Hockney: 20th-century Masters in…
Works by Vasarely, Buffet and Hockney were accompanied by sought-after…
Lots sold
Our Lady of Guadalupe: Reigns as Queen of Mexico
A painting of an image of the Virgin Mary from the 1750s made an…
Lots sold
Coins of the Ptolemaic Dynasty
Bidders returned to the days when Alexandria ruled the Mediterranean.…
Lots sold
A Marquise Diamond Fit for a Queen
The dream has become reality. A very pure marquise diamond exerted…